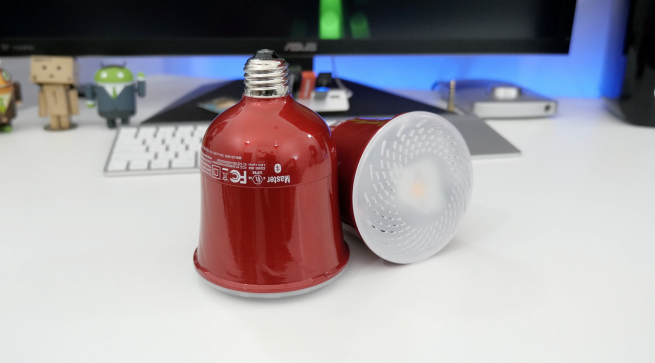 Sengled’s Pulse LED light system is definitely a product I never thought would be a thing. The Pulse series is a system of LED lights with built-in speakers. Yes, you read that correctly. It’s something I never thought would need to exist. That being said, because it was so unique I figured it would be worth checking out and to my surprise, it’s actually pretty cool…

The Pulse system comes as a starter kit which includes a master bulb and a satellite bulb. This alone will allow you to have a stereo speaker system, but you can connect up to seven satellite bulbs (purchased separately) to one master bulb. The bulbs will fit most anywhere with a standard light socket, but they are a little wide so smaller lamps may not work well. Also, each bulb is rated to last up to 25,000 hours and produce a warm-toned brightness of 600 lumen.

Setting up the Pulse system is extremely simple. The connection is made to the master bulb via Bluetooth on your iOS (or Android) device. From there, it will automatically detect and sync up with the satellite bulb. The light and audio settings can be controlled from the Pulse app which can be downloaded free of charge.

The Pulse system will work as traditional Bluetooth speakers, but there’s something interesting about the vibe/ambiance that comes along with playing music through speakers in a lighting fixture. It’s much different from anything I’ve experienced. I have this system installed as two of my overhead lights in the kitchen and it fills the room with music in a very different way.

The best way to describe this system is to show it in action. Check out our review video of Sengled’s Pulse system below:

The 13 watt speakers (at 8 ohms) inside feature JBL by Harmon technology and I found them to be quite pleasant to listen to. They have a 100Hz-20kHz frequency response and the audio quality is pretty good (for a light bulb). I was surprised at how much bass was produced. Another thing to note is that the lighting fixture can change the sound output as well. Depending on the size or shape of lamp, the sound will slightly vary because of how the sound waves bounce around.

As far as the app goes, its functionality is basic, but definitely gets the job done. With the Pulse app, you’ll have the ability to dim the lights (simultaneously or individually), turn them on/off, adjust the speaker output, switch between a mono/stereo signal, and designate which light gets the left/right output. There’s also a handful of built-in EQ presets that will work independently from the EQ presets found in the Music settings on iOS and the app has the ability to add new satellite bulbs. For a detailed look at the app, check out the above video. 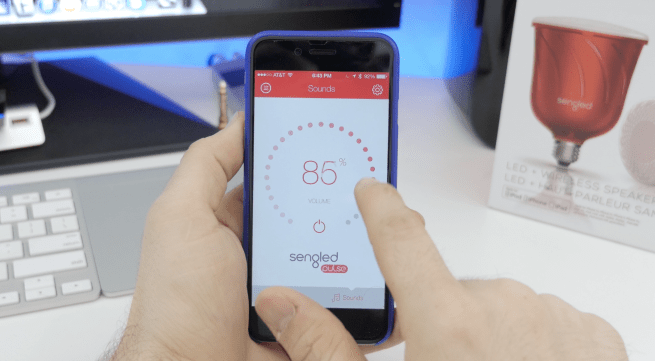 The Sengled Pulse system starts at $179.99 for the starter kit. Given the pricing of other smart LED light systems, that’s not a crazy asking price, but it will definitely be a turnoff to some consumers. Satellite bulbs can be purchased for $79.99 each and as mentioned, you can add up to seven of them to one master bulb.

The Pulse system seems to be proprietary so don’t expect it to work with any other smart wireless systems or platforms. Overall though, there’s not much else to say here. These are LED light bulbs with built-in speakers and after using them for a couple of weeks, I think it’s a fantastic idea. The only real downside comes with the entry price.