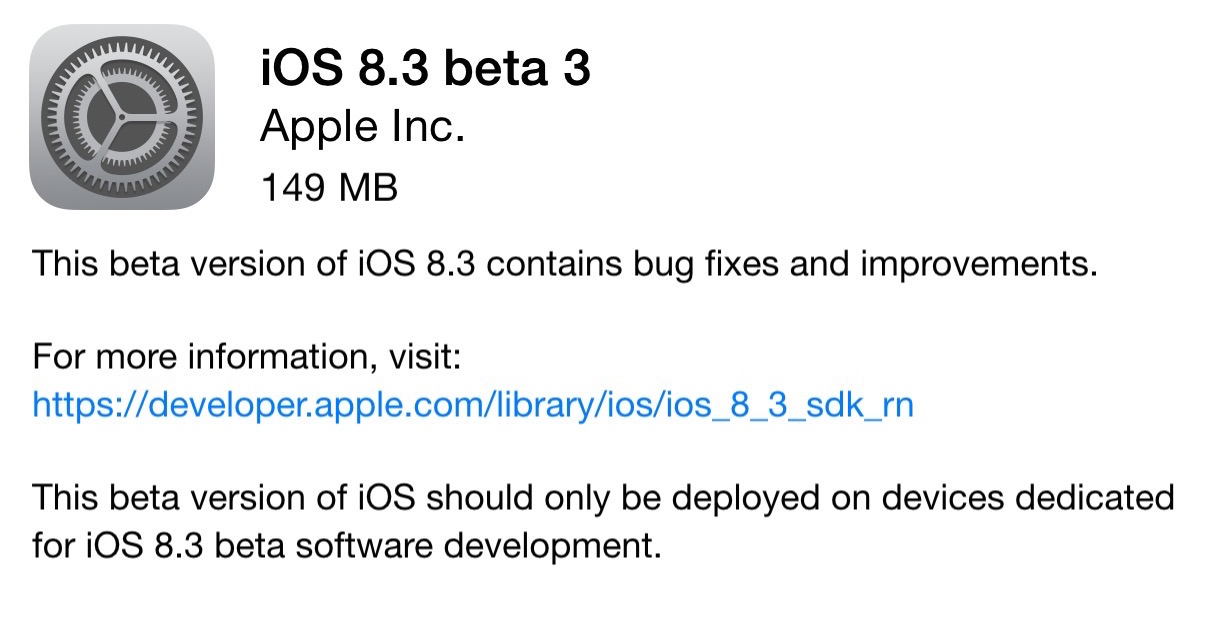 Apple has just seeded a new developer build of iOS 8.3. The beta can be downloaded on Apple’s developer website. iOS 8.3 beta 2 was released just over two weeks ago. Apple also released a new 10.10.3 build today with Force Touch APIs. There are also new developer seeds for Xcode and Apple TV.

Previous betas of iOS 8.3 have shown that the release will include new features like wireless CarPlay, more diverse Emojis, a new Emoji keyboard for input, tweaked login for Google services as well as support for Apple Pay in China. You can find details of these changes in our previous coverage.

We will update this post with any changes found in the new seed.

– Apple Watch app is now included in iOS 8 beta 3, like the current public version of iOS 8.2.

– Messages settings has a new ‘Conversation List Filtering’ option. It adds tabs to the Messages app which separate messages with people in your contacts and everyone else.

– Messages from unknown contacts now include a ‘Report Junk’ link. This apparently sends a report to Apple with the message details for review.

– Unnamed Groups now name the members of the group instead of the generic ‘Group’ title.