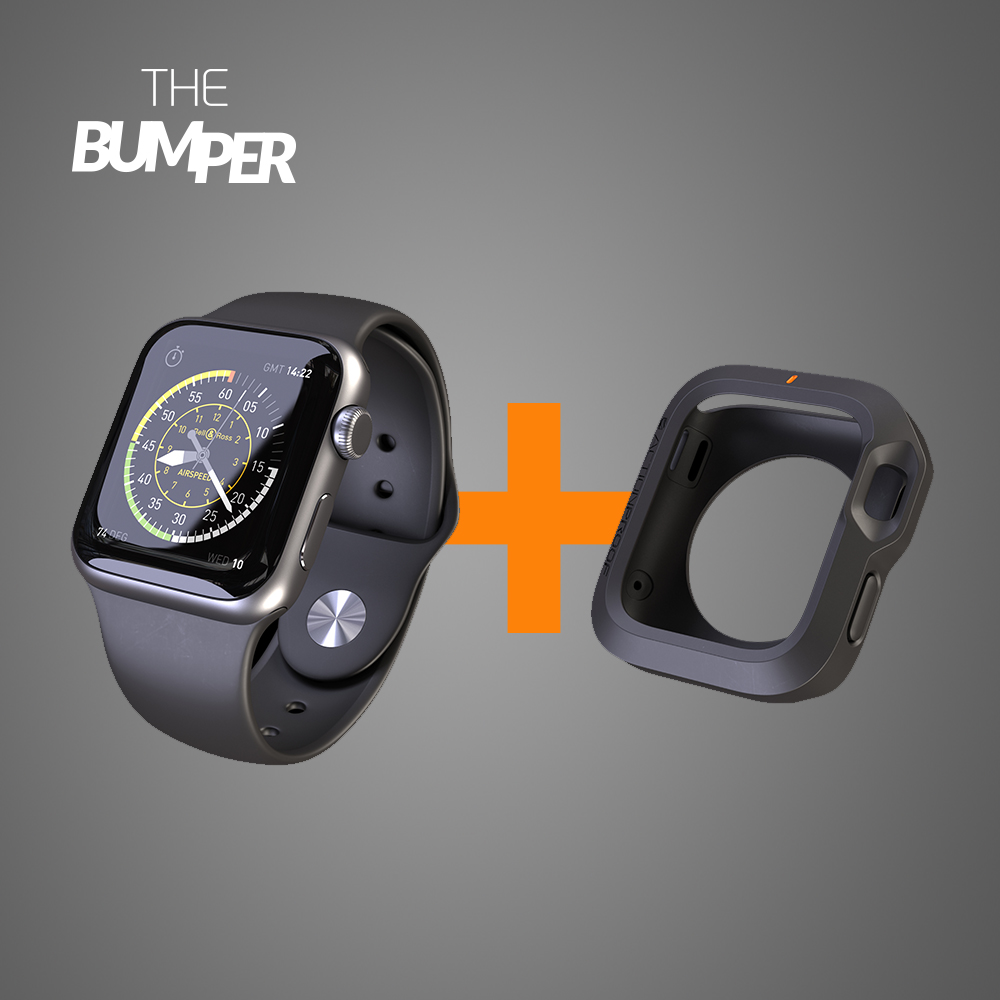 Apple Watch preorders, reservations, and sales are set to kick off in the coming weeks, so we’ve prepared a running list of the best accessories available to purchase and preorder online.

Companies aren’t waiting around for an official Apple third-party accessory program for the device, as a long list of straps, cases, charging docks, screen protectors and more are scheduled to ship next month in time for the Apple Watch launch. There are even solutions to attach traditional watch straps to Apple Watch, and portable power options for charging on the go.

There are bound to be more companies announcing accessories in the weeks to come, and we’ll be updating this list as they do.

One of our favorite companies making high-end, handmade leather iPhone goods has a gorgeous collection of wood and leather Apple Watch accessories available to order ahead of shipments in May. 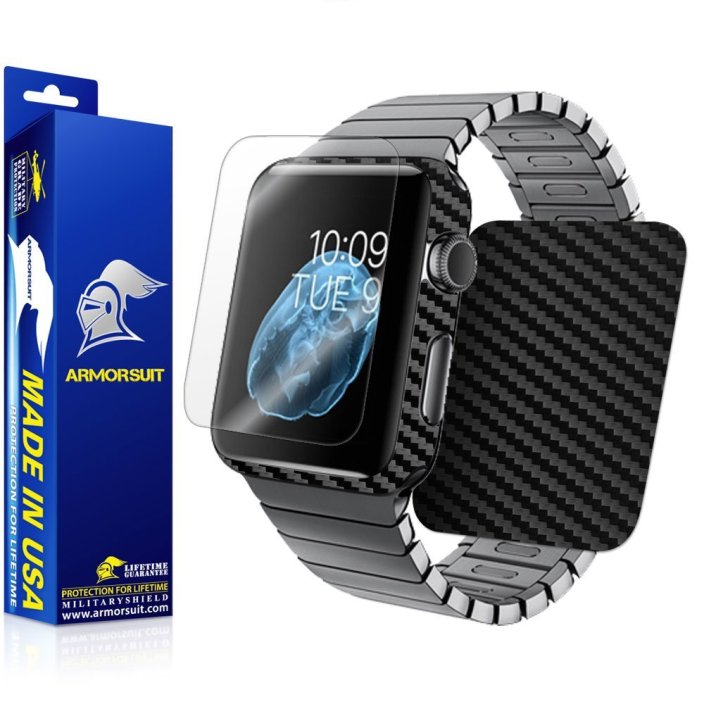 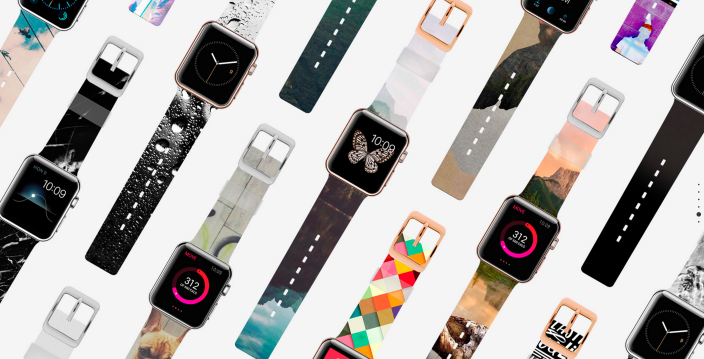 Casetify is bringing its online tool for custom designing iPhone cases to the Apple Watch. Get $10 off by clicking here and using code “KQQ6I5”.

MyCell appears to have created replacement bands that look a lot like Apple’s, ranging from $25 for a Sport knock-off to $224 for stainless steel. 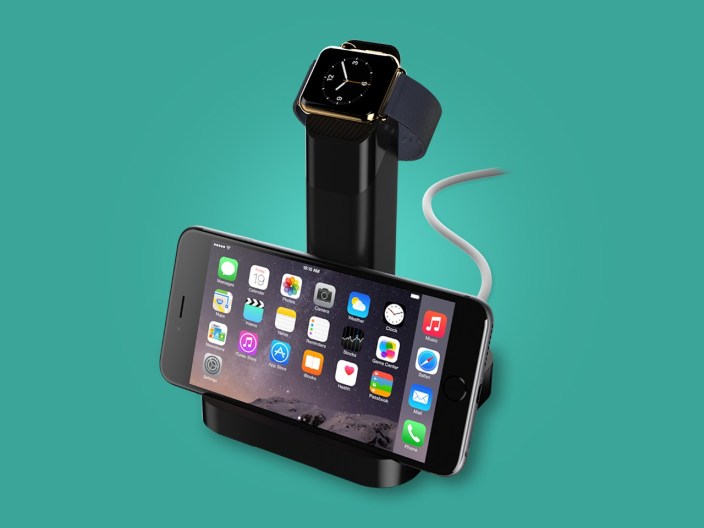 Griffin’s charging dock will accommodate both an iPhone and the new Apple Watch when it ships this summer. 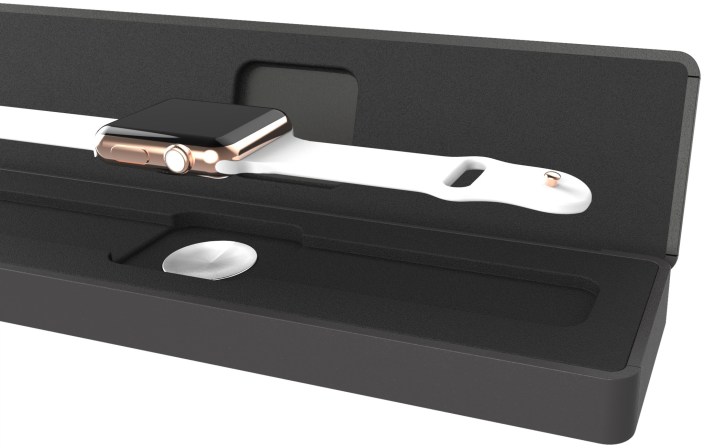 Accessory makers Proper out of Australia plan to ship these leather charging/travel cases for Apple Watch in May.

Can you use standard watch straps with Apple Watch? Not without an accessory like Click, which offers an adapter to attach any standard 22mm watch band to Apple’s proprietary slide-in mechanism for swapping bands. The company has already doubled its funding goal on Kickstarter and plans to start shipping in late May/early June.

Twelve South’s charging dock/stand for Apple Watch, based on the design of its popular HiRise docks for iPhones, ships in May.

Nomad will ship the stand above, made from a solid piece of aluminum, in early May, while the portable 1800mAh battery pack will arrive in early June. We have coupon codes to get 22% off both on 9to5Toys.

One of the first protective cases for Apple Watch, The Bumper is a rubber shock-resistant protector for the casing of the Apple Watch aimed at the extreme sports crowd. The company plans to ship in May and has almost hit its crowdfunding goal. 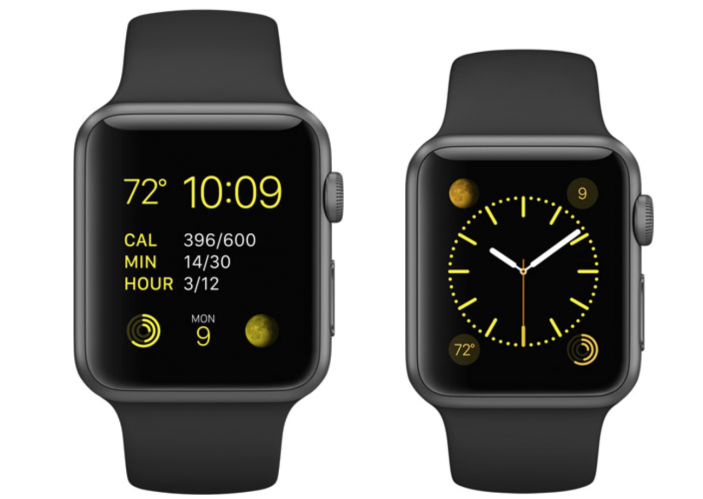 Update: We’ve confirmed that Apple won’t be shipping two full bands with Apple Watch Sport, but rather three pieces that can be used to form either a S/M size or M/L size. That means services like these won’t be possible. 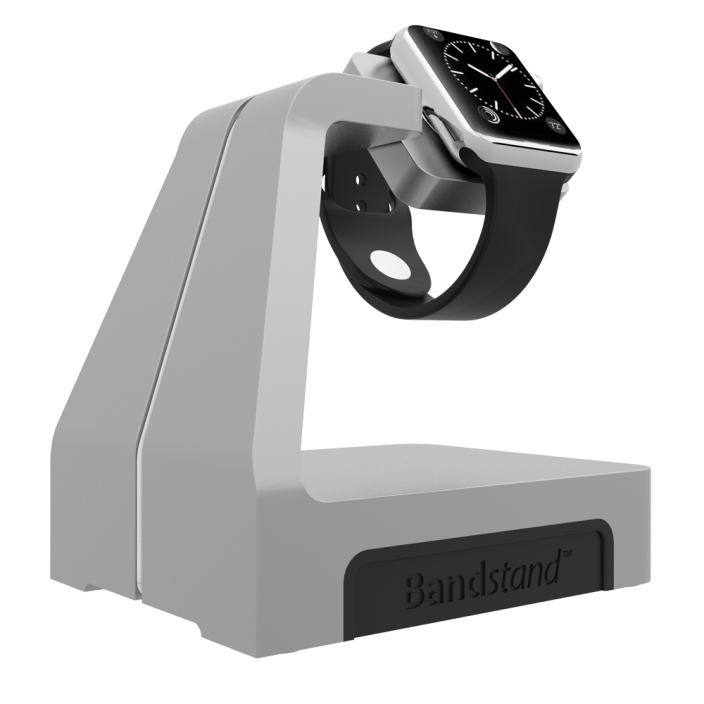 From a company that already makes a lot of high-quality stands for Apple devices, Standzout plans to have its Bandstand Apple Watch charging dock out this summer.

An inexpensive oak wood stand for Apple Watch that will ship April 14 and is available to preorder now. The company also has the clear Smart Cover pictured right, that promises to offer case protection and a tempered glass screen protector. We’ll see how it works with Force Touch.

The first promise of a strap with built-in battery for charging comes from the $249 Reserve Strap. The company is taking preorders through its site, but it hasn’t announced a release date and says the first batch of Reserve Straps will be “extremely limited.”

Apple will be selling its own bands for Apple Watch that range from $49 for the rubber Sport Band up to $449 for the stainless steel Link Bracelets. 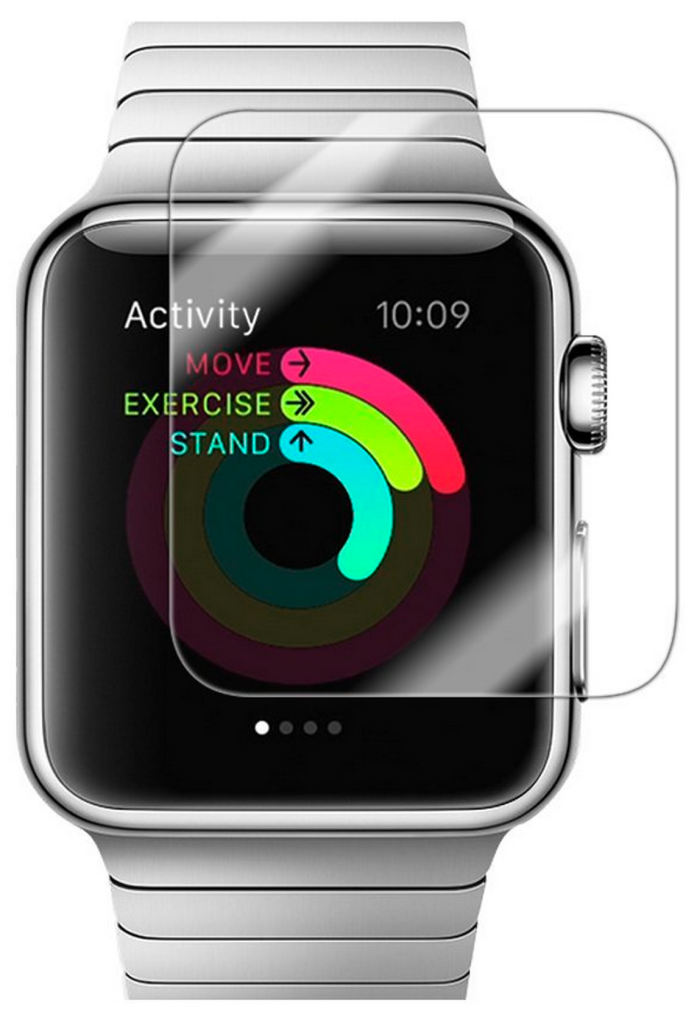 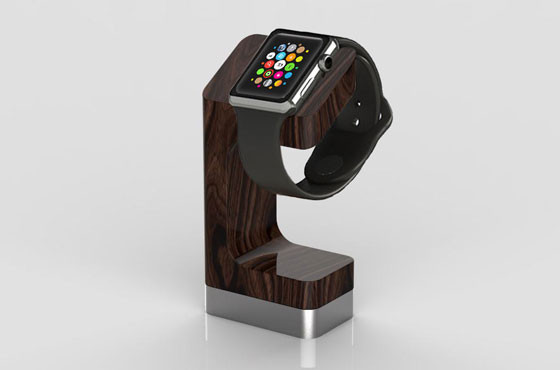 Accessory maker DodoCase was one of the first to announce a charging stand for Apple Watch and plans to ship the walnut and solid steel product 4-6 weeks after the Apple Watch launches on April 24. Preorder today. 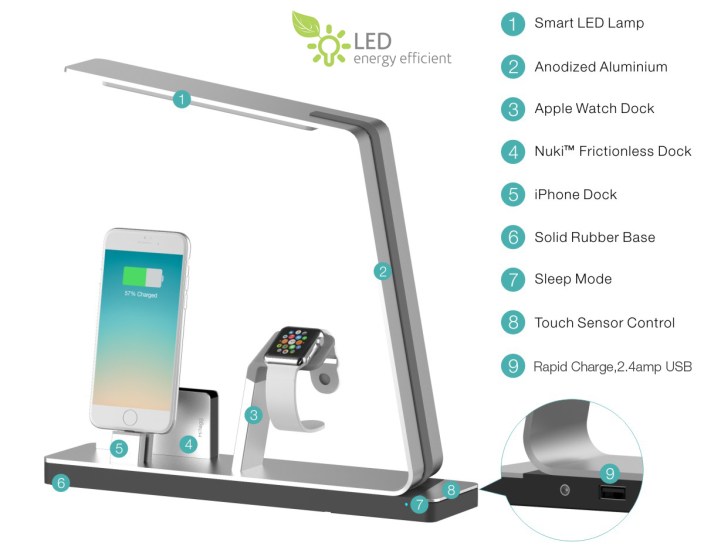 The NuDock Power Station Lamp crowdfunding campaign has already surpassed its goal and is taking preorders of this desk lamp with integrated Apple Watch/iPhone charging docks for $129.

European boutique accessory makers CalypsoCrystal has just introduced the Timeless Tempo charging station and Timeless Moment watch bag for Apple Watch. Priced at $129 USD/EUR each, you can currently get 26% off with coupon code “calypsotime” for a limited time. 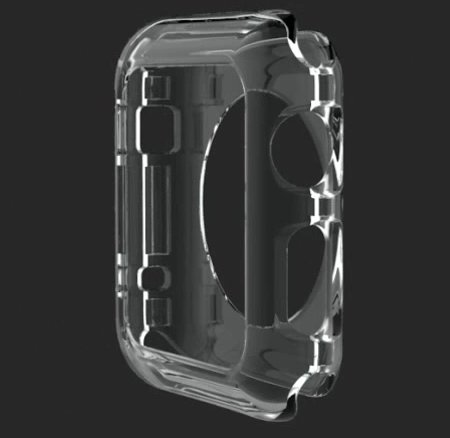 A soft, clear TPU case for Apple Watch that comes with an included tempered glass screen protector. Order it now and get it April 26 for $14.99. The 42mm version is here and the 38mm version is here.

Spigen’s hard case for Apple Watch is made from polycarbonate and available in silver, matte black, and white finishes for both the 38mm and 42mm Apple Watch models. It’s available to order now for $14.99 and ships in May.

The company also has a Rugged Armor case in black and white made from a durable TPU material for $14.99, a heavy duty Tough Armor case for $24.99, and an ultra-thin clear TPU case for $14.99. 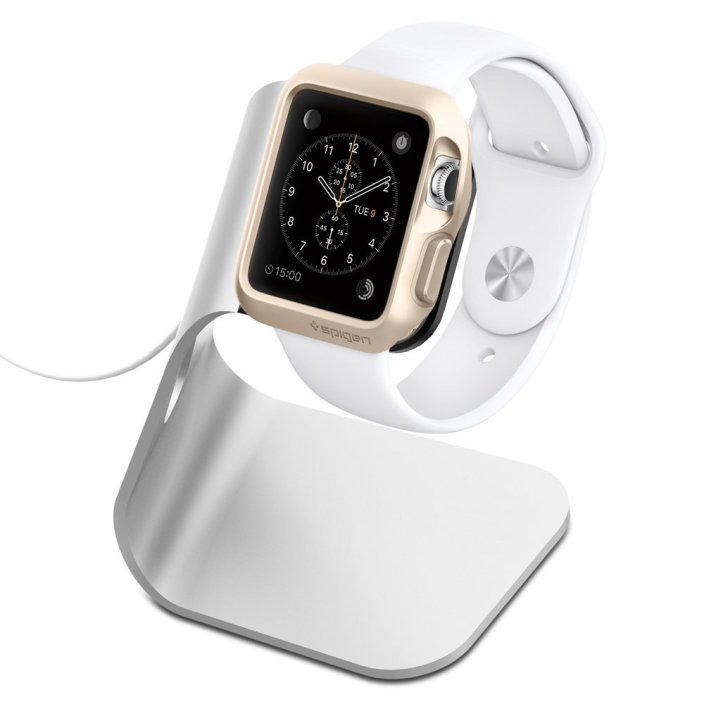