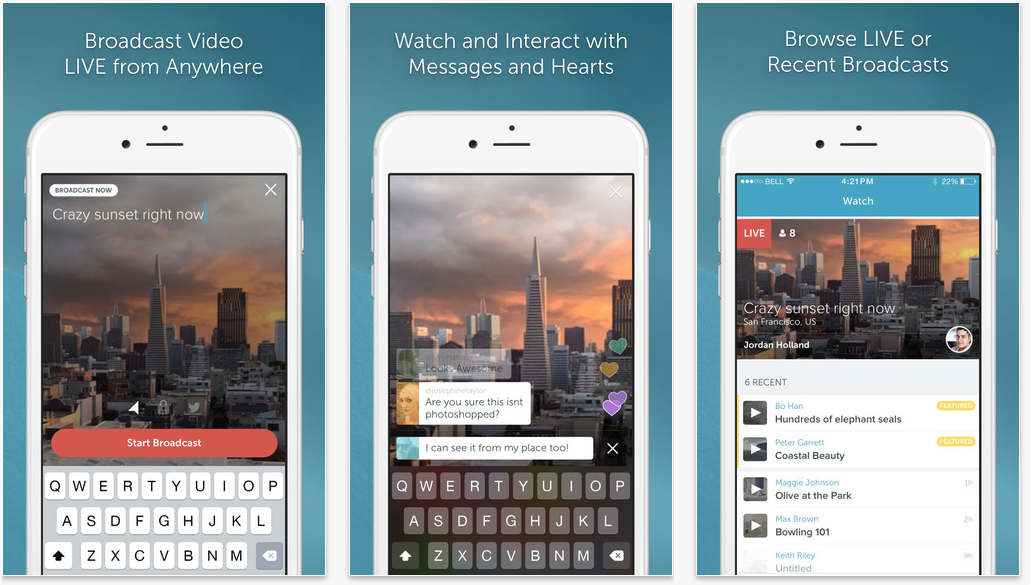 Twitter has updated Periscope, the free iPhone app that allows anyone to stream live video to the world. Rather than display a random video stream when you open it, it now puts people you follow at the top of your feed. The update also includes a number of performance improvements and bug-fixes.

Periscope was beaten to launch by rival app Meerkat, which made a big splash at SXSW, but Twitter’s app quickly took the crown, as QZ tech editor Dan Fommer noted.

Frommer tweeted a graph comparing the number of tweets per day made from the two apps, with Meerkat’s share falling steeply as soon as Periscope launched. Within 24 hours, Periscope was approaching 50k tweets while Meerkat fell from a high of 35k to a little over 20k.