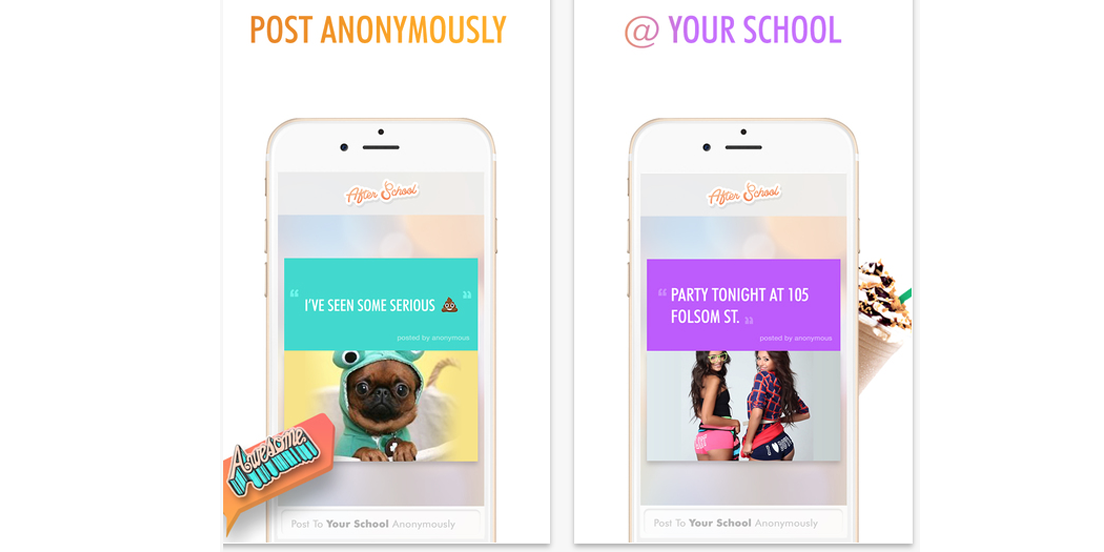 An app that allows school children to make anonymous posts about other students in their school – what could possibly go wrong? Little surprise that After School received numerous complaints about cyberbullying, and was pulled from the App Store by Apple for objectionable content.

Today the app is back, reports Daily Dot, but with a whole raft of new features designed to guard against abuse. All posts are now moderated before they appear on the service, keyword-checking is used to filter out offensive content and detect threats, and the app offers immediate live support when someone makes a post suggesting that they are depressed or thinking about harming themselves …

The company behind the app said that it spent three months figure out the best form of protections to add to the app – thinking you might have thought it would have done prior to launch.

Cory Levy, cofounder of After School’s parent company One, [said they created] a “Safety Board,” made up of psychologists, educators, and nonprofit leaders dedicated to making the Internet a safer place for young people [and are] working with the board as well as school administrators

When a threat of violence is detected, an automated system alerts both the school and police.

One created FIRST, the Fastest Internet Response System for Threats, an automated program that monitors posts and detects when violent threats are made on After School. The app will then automatically send emails to the proper authorities and contacts the local police, school district superintendent, and the principal to alert them to a threat made against a campus.

After School now also offers students the option of posting under their own name, rather than anonymously.