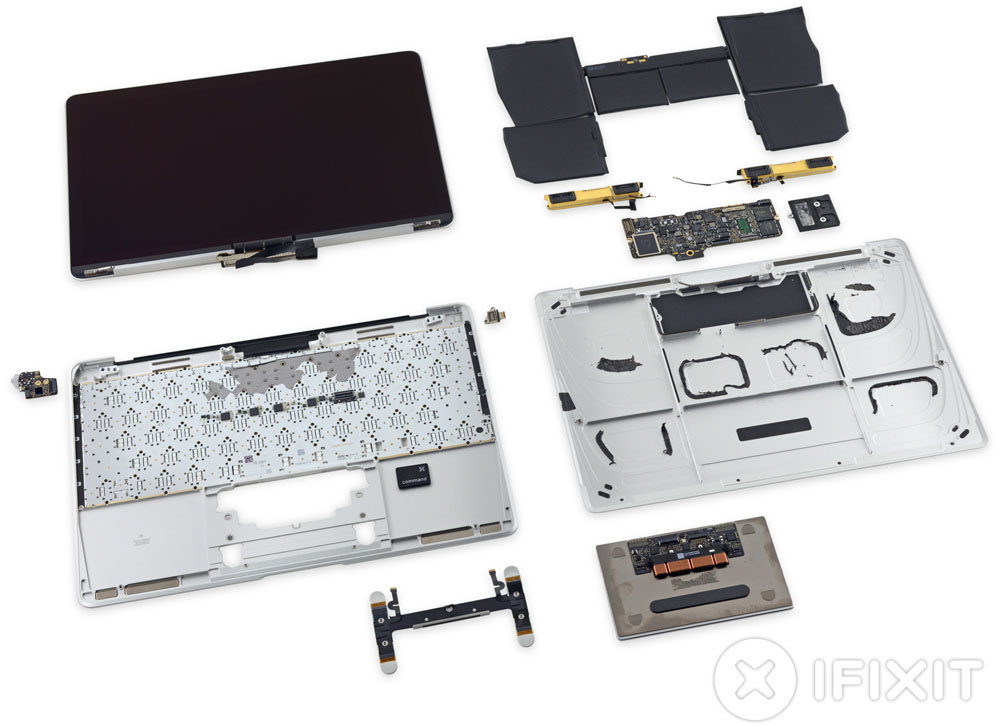 Just a few hours after the first teardown of Apple’s new 12-inch MacBook, iFixit has done its usual excellent job in providing clear photos and commentary on what it found inside the new super-svelte machine …

No surprise that iFixit gives the machine the lowest possible rating of 1 out of 10 for repairability.

Proprietary pentalobe screws continue to make opening the device unnecessarily difficult, and new cable routing makes the procedure even trickier. The USB-C port is secured by tri-wing screws, and buried under the display brackets, complicating replacement. Also, being the only port, it will experience more use and wear than a typical single-purpose port.

The battery assembly is entirely, and very solidly, glued into the lower case. The Retina display is still a fused unit with no separate, protective glass. If the display needs replacing, it’ll cost a pretty penny. The processor, RAM, and flash memory are soldered to the logic board.

The company does a nice job of identifying many of the chips on the diminutive double-sided logic board. As a space-saving measure, the 256GB SSD comprises two 128GB chips, one on either side of the logic board. 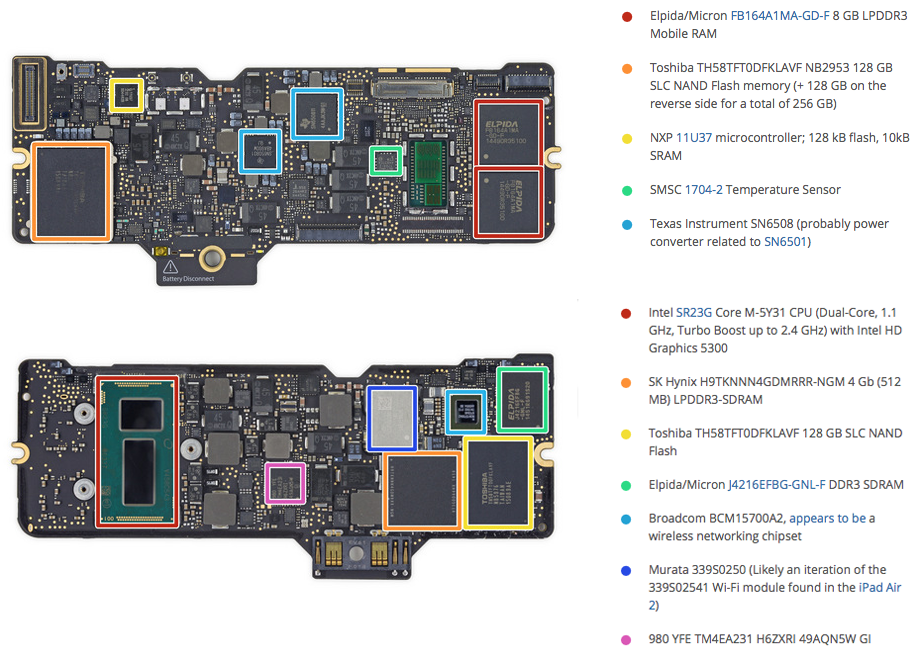 Replacing glued-in batteries is never a trivial job, but in this case the precision alignment of the layered cells (which Apple achieves using high-speed cameras) “doesn’t bode well for the ideas of battery replacement,” says iFixit, with such delightful understatement I felt like declaring them honorary Brits. 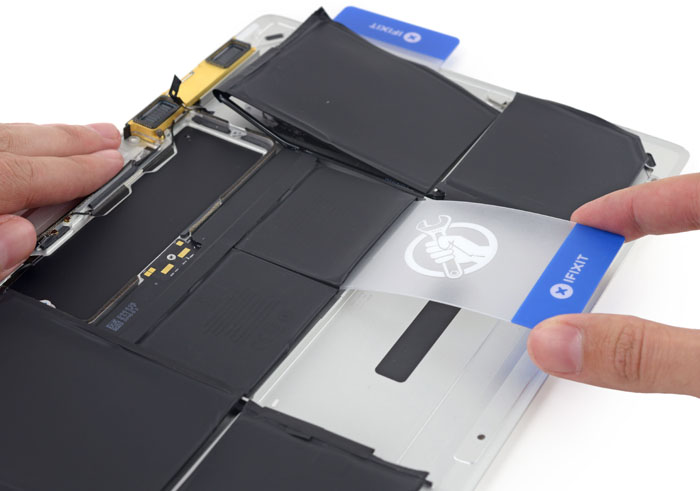 We also got a closer look at the Force Touch trackpad, which is even slimmer than the one found in the latest 13-inch MacBook Pro. 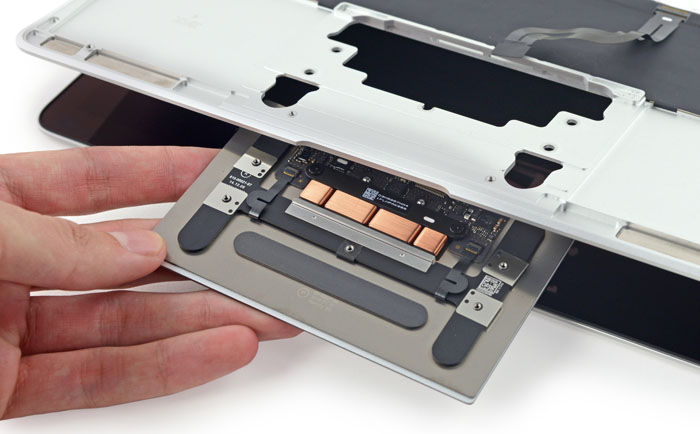 Check out the full tear-down over at the iFixit site.