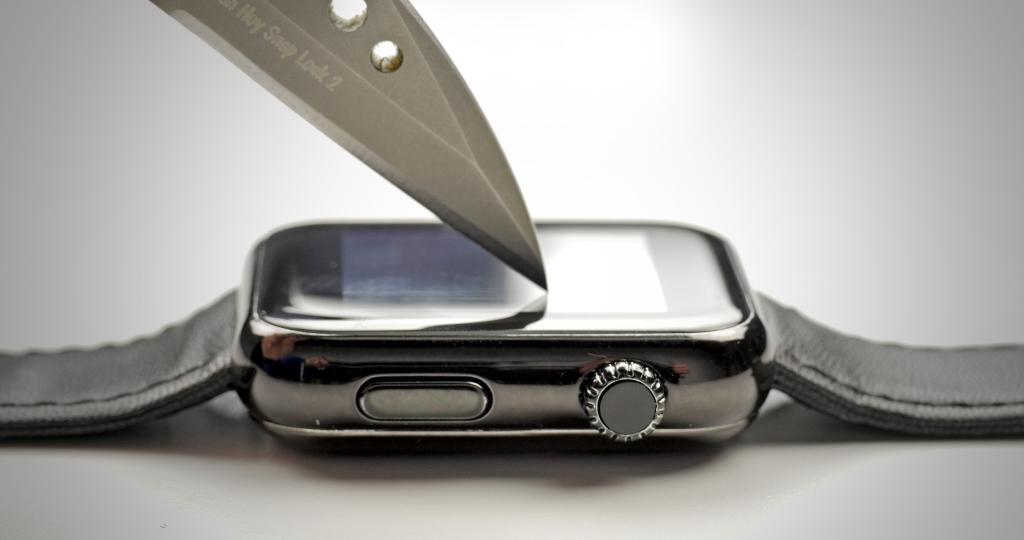 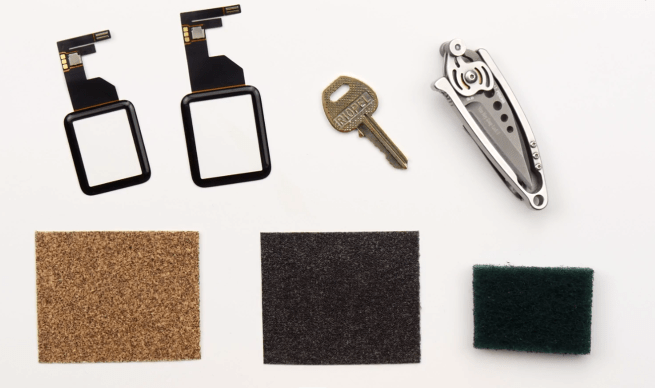 If you’re still having trouble deciding between the Apple Watch and Apple Watch Sport, there’s a new video that may make it a bit easier. Not too long ago, a video was released that tested the scratch resistance of the Apple Watch’s sapphire glass panel, but today the Ion-X glass found on the Sport model gets put through the same treatment. Will it hold up against the torture?

In the video below from YouTuber Unbox Therapy, the Ion-X glass from the Sport model gets tortured by keys, a knife, steel wool, and even sandpaper. It’s assumed that the Ion-X glass won’t hold up as well as sapphire, but these results are rather surprising. The Ion-X glass holds up great throughout three of the four tests mentioned above.

When the word “Ion” is mentioned, it’s easy to assume that this glass is nothing more than the “ion-strengthened ” glass that Apple mentioned as being used on the iPhone 6 and 6 Plus, but this seems to be a bit stronger. I think it’s safe to say that while the Sport model doesn’t feature sapphire, the Ion-X glass may be more than enough for most people in day-to-day use.

The only test that it actually failed on was with sandpaper (and well, we don’t blame it). Check out the video below for the full scratch test of the Ion-X glass that’s being used on the Apple Watch Sport: