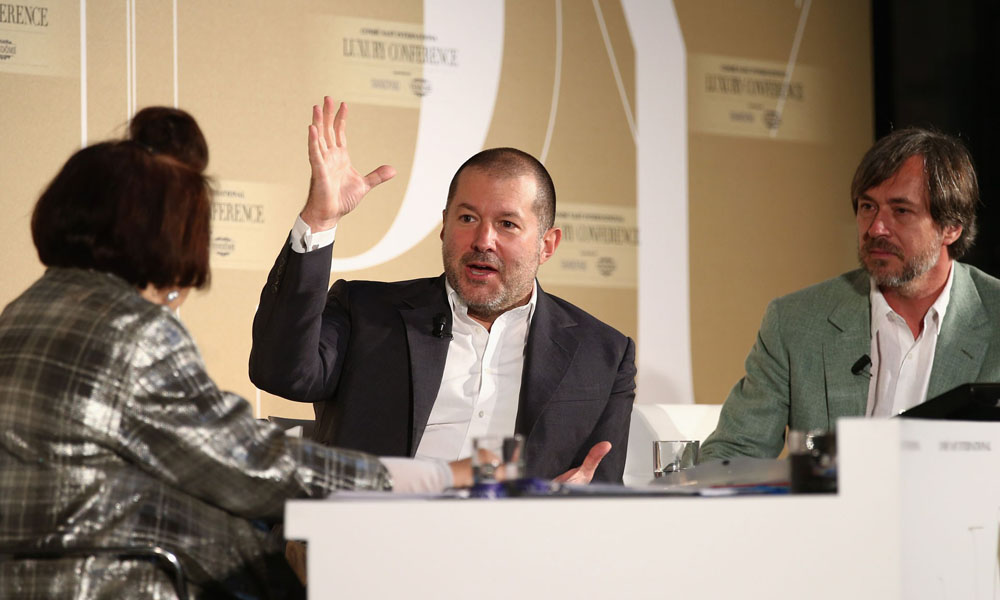 Apple design head Jony Ive has given the opening interview at the first Condé Nast International Luxury Conference, in which he justified the concept of a mass-produced Apple Watch as worthy of the label ‘craftsmanship.’

It’s not so much about things being touched personally – there are many ways to craft something. It’s easy to assume that just because you make something in small volumes, not using many tools, that there is integrity and care – that is a false assumption.

Both men said that their joint background as silversmiths had served them well. You can’t, they said, just design something in the abstract or on a CAD system without understanding the importance of the materials used.

“We’re not just designing in our heads and then on a computer,” said Newson. “We both have the ability to understand certain materials; we come from a standpoint of being taught manually.”

“We both grew up making things ourselves,” added Ive, “and I don’t think you can design in materials without understanding their exact attributes. For the watch we developed our own gold because we loved how it felt. It’s that love of the material that drives so much of what we do.”

Nothing to do with saving money on that special gold, of course …

Newson said that having known each other for more than 20 years, and frequently discussed the challenges they faced, working together was a natural next step – Ive adding that they became friends so quickly because “we perceived the world in a very similar way.”

Despite mixed early reviews of the Apple Watch user interface, Ive seems confident, stating that “if people struggle to use the technology, then we have failed.”

We first learned the pair would be speaking at the conference last month.