Review: Magzter Gold, the iPad app that’s a (kind of) Netflix for magazines 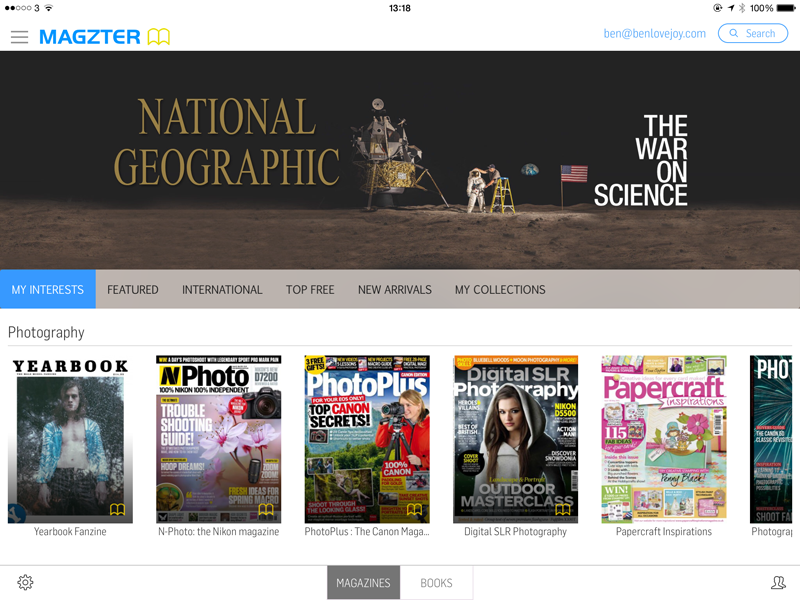 I love Netflix. I haven’t even owned a TV for many years, relying on either a MacBook Pro – with or without Apple Thunderbolt Display – and iPad for the limited amount of TV and movie viewing I tend to do.

Magzter Gold essentially aims to be a Netflix for magazines, a single monthly subscription giving you all-you-can-eat access to digital magazines on your iPad. The reality is a little messier, and whether it makes sense for you will depend on how many magazines you read and which ones …

Magzter Gold offers a choice of two deals: $4.99/month lets you read up to five magazines (which you can change each month if you like), while $9.99/month gives you unlimited access to over 2,500 magazines. This compares to $8.99/month for a standard Netflix subscription, so you’ll need to love your magazines a little more than your movies – but you can save money by getting a three-, six- or twelve-month subscription, the latter coming in at $99.99/year for unlimited.

When you first sign-up, the app asks you to choose your interests from a range of 20 topics. In my case, I opted for technology (who’d have thunk it?), photography, travel and lifestyle. The app’s homepage then has featured magazines at the top, and your interests below.

Each line of interests is horizontally scrollable, and vertical scrolling shows the additional topic lines – all very easy to use if you want to browse through what’s available.

You can also, of course, search for specific titles, and that’s where I imagine most people are going to start. I started with one of my favorite gadget magazines, T3. 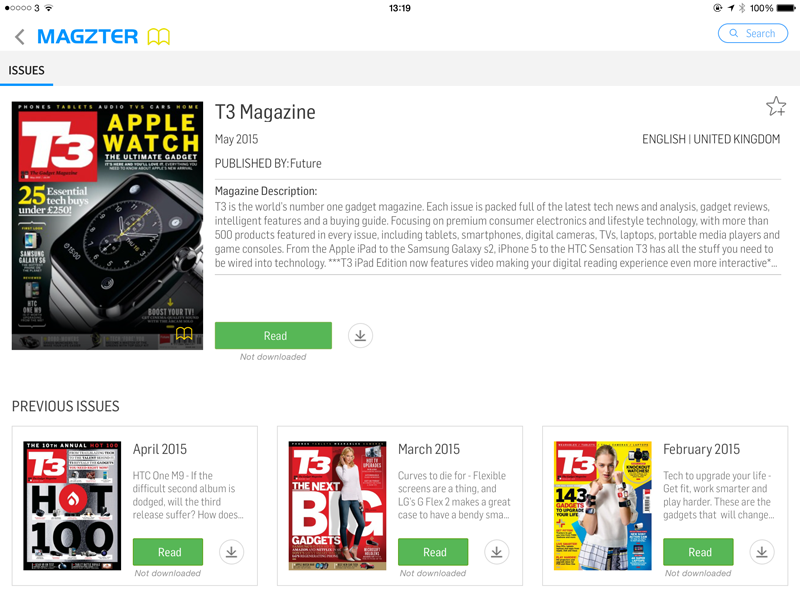 The first screen highlights the current issue, and also provides access to previous issues. In the case of T3, I was able to go all the way back to the February 2014 issue. This is where the monthly subscription starts to look rather more reasonable, especially if there are magazines you buy only occasionally, where you are able to read back-issues you missed.

Click the Read button, and you’re into the familiar Newsstand experience: a double-page spread in landscape mode, or a single page in portrait mode. Or hit the download button instead to read them offline. 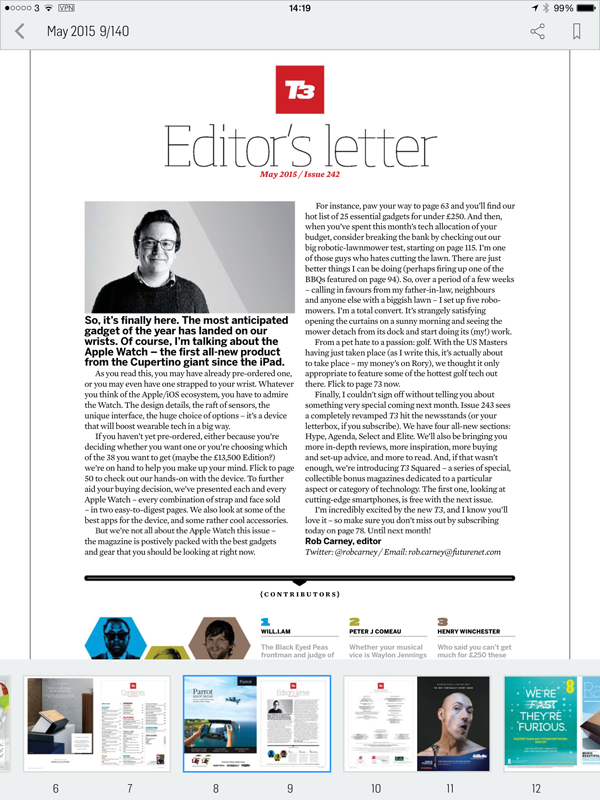 In portrait mode on my iPad Air 2, a lot of material was readable without zooming, though it does depend on the layout. In landscape mode, you need to pinch-to-zoom. 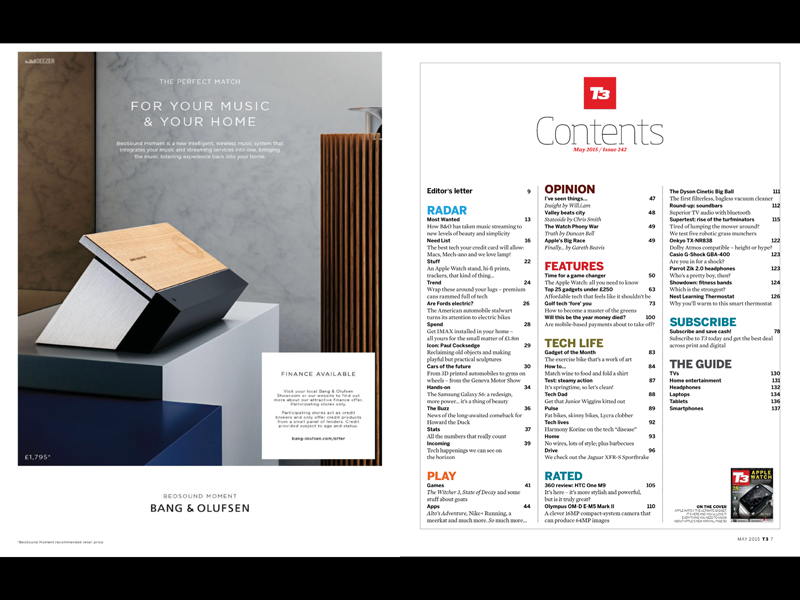 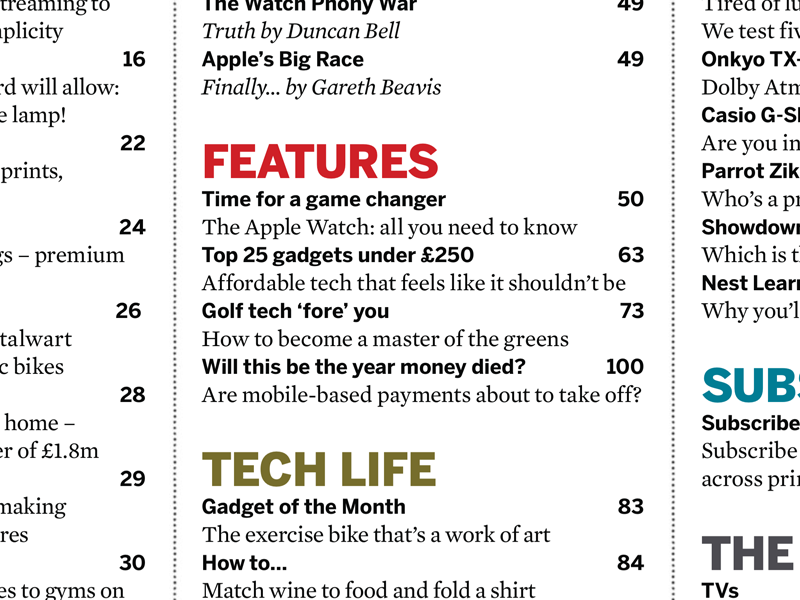 When zoomed-in and scrolling around the page, it can be hard to restrict scrolling to the vertical axis, so the content tends to wander around the screen a little. It’s pretty easy to read layouts with conventional columns of text, but many modern magazines have free-form layouts that require some zooming in and out to see where to go next. 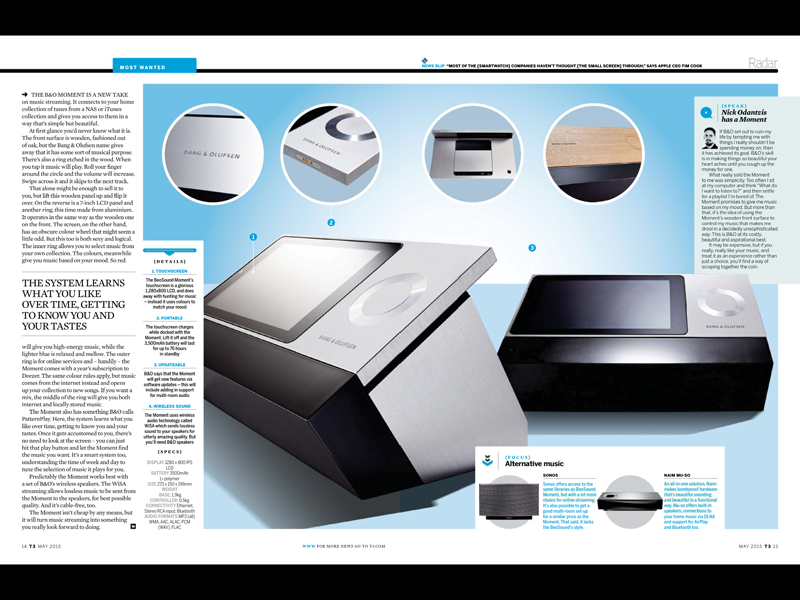 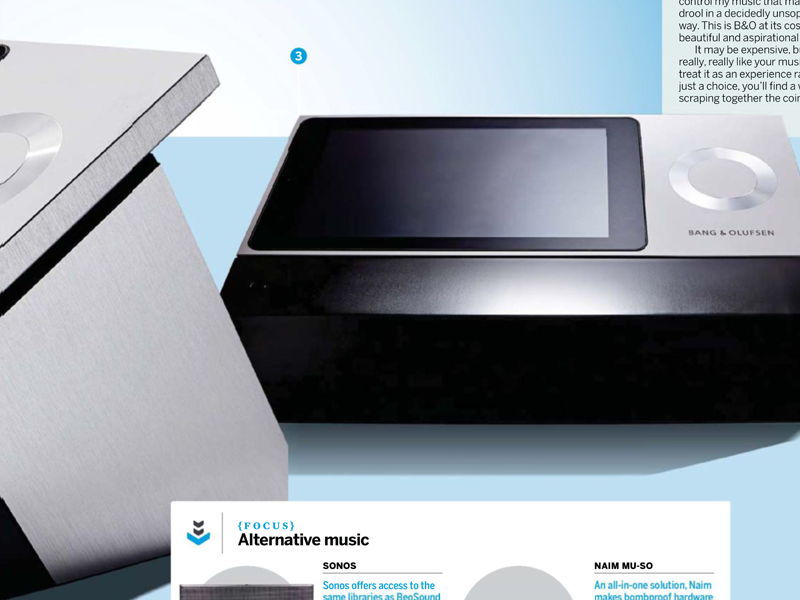 My main disappointment was the seemingly random mix of which magazines were included in the all-you-can-eat package and which weren’t. For example, T3 was, Stuff wasn’t. 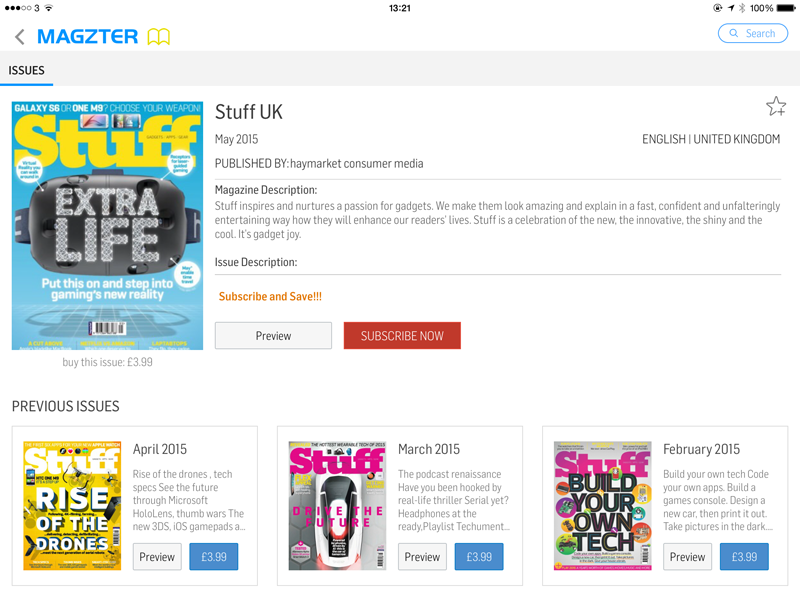 Performing a search on Vogue, for example, I found editions for five countries were available, but not the US or UK. Other searches showed similar results, without apparent rhyme or reason. Sure, it’ll be due to licensing deals, but there’s no obvious pattern to any of it. 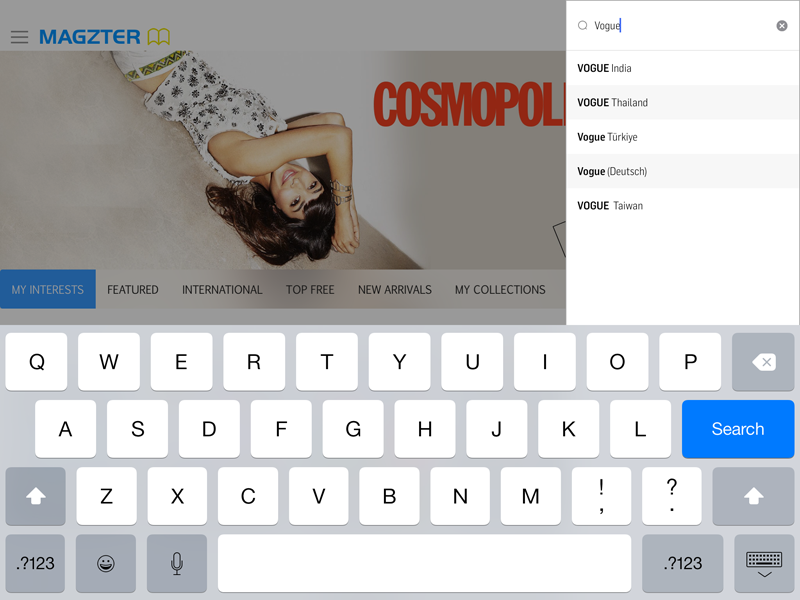 With some magazines, you could hazard a guess. FastCo, for example, is very ad-heavy, so you can imagine that subscription revenue would be merely a bonus rather than a core source of funding. But I would have thought the same would be true of Vogue (and no, I’m not a reader, I just thought I ought to test for something beyond the usual tech-centric stuff!). 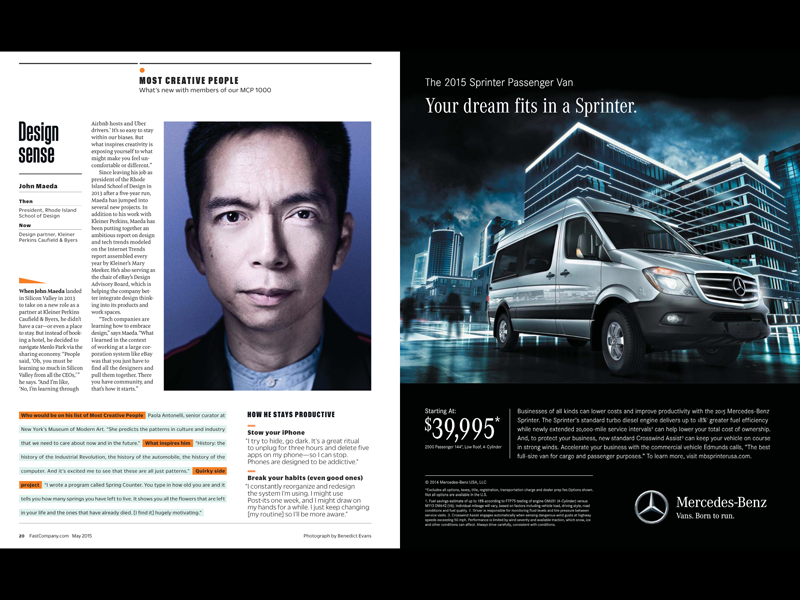 At times, it felt more like Amazon Instant Video than Netflix. You can tell which titles are included in the deal by browsing the site at magzter.com and looking for the gold icon bottom-right on the cover thumbnails.

And this, then, is the crux. Having access to 2,500 magazines (which reaches 75,000 issues thanks to back-issues) sounds great, but it’s meaningless unless the deal includes the titles you actually like to read. If it does, and you like to read more than three or four magazines a month, Magzter Gold could prove to be a bargain.

Magzter is a free download from iTunes. Access to five magazines costs $4.99/month, while unlimited access costs $9.99/month. You can also buy individual issues at varying prices. The app is also compatible with the iPhone if you really want to read magazines on a screen that small – even the iPhone 6 Plus isn’t going to be ideal.