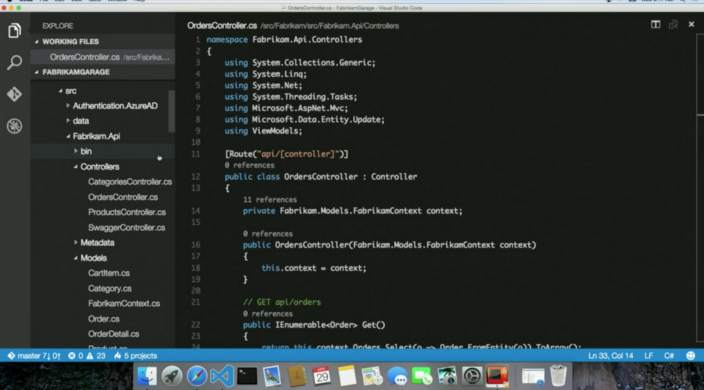 Microsoft’s BUILD conference for developers is currently underway, and the first Apple-related piece of news that came out early in the event is a new code editor for Mac. The Windows-maker announced a version of its coding app called Visual Studio Code that runs natively on the Mac. Visual Studio Code is a cross-platform code editor with availability on Windows and now Linux in addition to OS X. Microsoft describes the program as a “code optimized editor” with support for Intellisense, debugging, and GIT. The developer tool also features integration with GitHub.

Developers can use the code editor to write apps for each platform it supports: Windows, Linux, and OS X. The announcement comes as Microsoft continues its cloud-first, cross platform approach with support for OS X, iOS, and Android with a number of its services and apps including Office. Late last year, Microsoft purchased the now Apple-owned TestFlight competitor HockeyApp which allows developers to distribute application betas to testers and view analytics information.

Microsoft’s Visual Studio Code for Mac will be available to download for free later today. Update: Here’s the link.