Apple has started offering registered developers the chance to sign-up and test its upcoming App Analytics feature first announced last year at WWDC. Developers have been awaiting the service since it was announced following Apple’s acquisition of TestFlight (and FlightPath), a service which offered its own analytics features.

Apple says developers will gain access to the new feature on a first-come, first-served basis while requests can now be made through iTunes Connect.

For developers, App Analytics should fill a void for how users discover and interact with their software, helping to market and improve apps on the App Store. Users have been asked to grant developers permission for viewing analytic data since iOS 8 was introduced last fall.

Existing analytics services have long existed (including the TestFlight version before Apple bought the service), but Apple will be able to offer developers more information as it operates the App Store and doesn’t open backend data to third parties.

App Analytics will begin rolling out as a service labeled beta once developers gain access. We’ll likely hear more about the upcoming feature at WWDC 2015 in early June.

Update: App Analytics is starting to go live for some developers that requested early access. Once a developer account is given access, no changes are required to view analytics data. 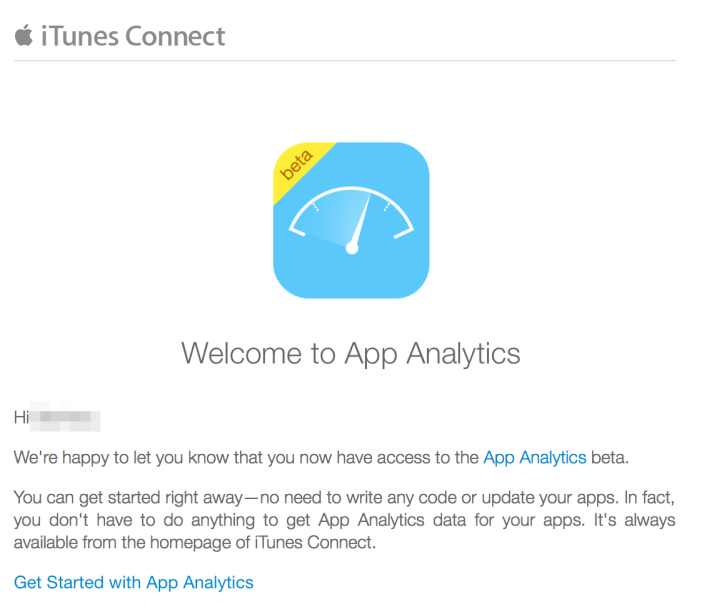