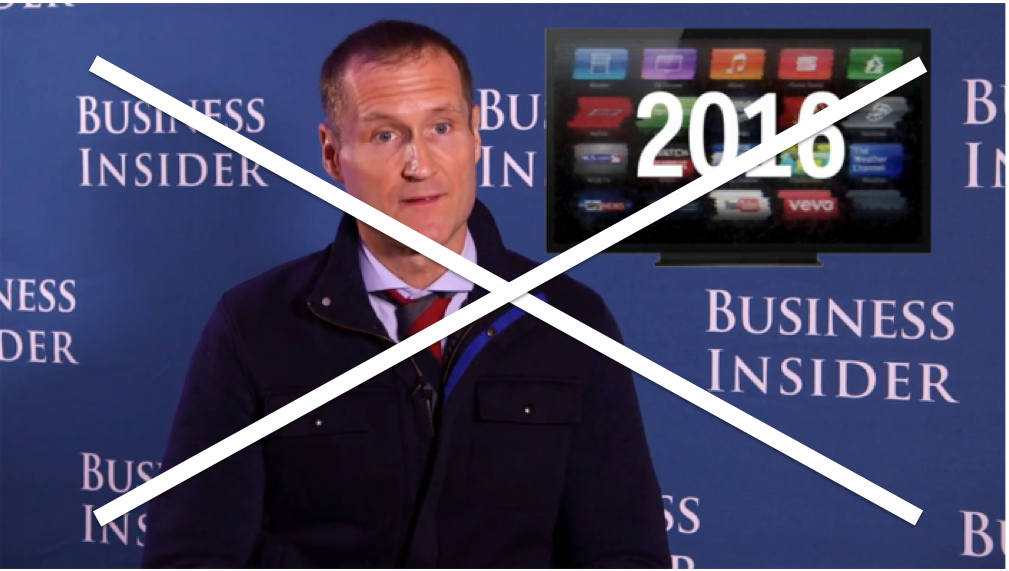 Piper Jaffray analyst Gene Munster, who has confidently predicted the imminent arrival of a fully-fledged Apple television year after year, has finally admitted he was mistaken in his analysis.

Faced with the WSJ‘s report that Apple had considered launching its own TV set but had dropped its plans a full year ago, Munster has issued a note entitled Facing The Reality of No Apple Television, reports Business Insider.