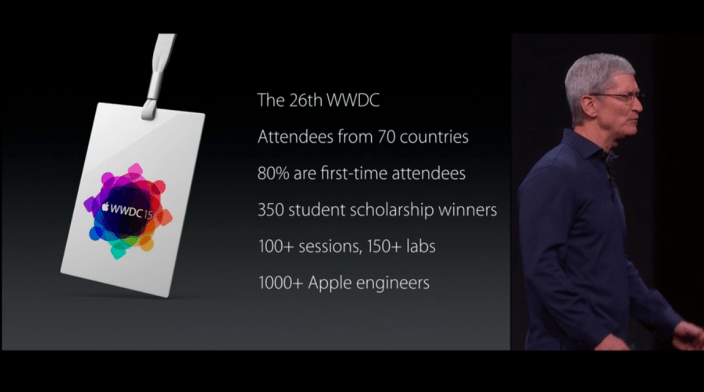 Apple CEO Tim Cook kicked off the company’s WWDC keynote presentation today with its usual update on numbers and growth since last checking in. The big numbers so far from today’s event: Siri is now 40% faster and more accurate, the company now supports 2500 banks for Apple Pay, and iOS and OS X adoption continues to outpace the competition.

Head below for a full roundup of notable numbers and company stats announced during today’s event (we’ll be updating as more come up):

-Siri has become 40% faster, more accurate over the last year

-Maps gets 5 billion requests per week

Check back for more as Apple’s event continues.