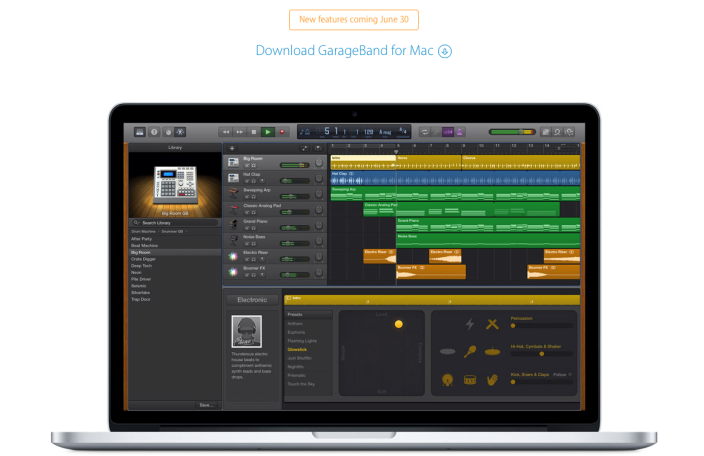 Amid the WWDC announcements last week including previewing iOS 9, OS X 10.11 El Capitan, and watchOS 2, Apple has pre-announced a small update coming to GarageBand for Mac at the end of the month. German site Apfelpage noticed the webpage that promises “new features coming June 30” above a description of additional virtual session drummers.

The update will also include “100 EDM‑ and Hip Hop‑inspired synth sounds” and a new Transform Pad for morphing the sound of synth sounds and loops with various effects including Warp Space, Thinner, Brighter, Spaced, and more. Various knobs for controls appear on this pad for managing delay, reverb, tremolo, and more based on the effect used. 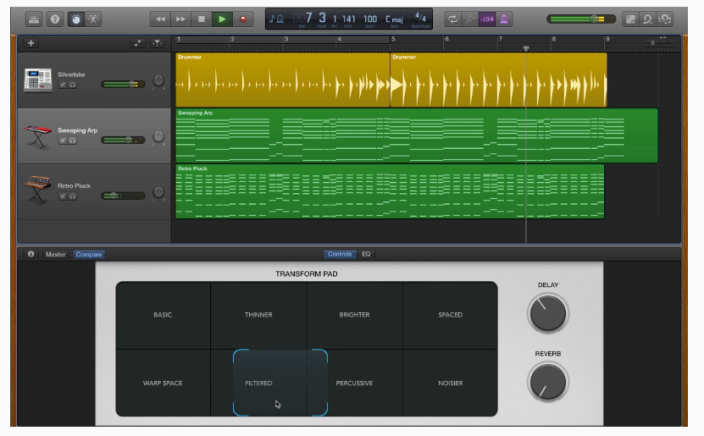 While the new GarageBand for Mac features will be released on June 30th — the same day that Apple Music goes live — there’s no evidence that the desktop music app will have integration with Apple’s new subscription music service. GarageBand appears to be just one update release slated for the end of the month alongside iOS 8.4 and iTunes.

GarageBand for Mac was last updated to version 10.0.3 in mid-October so the upcoming June 30th update will be a welcome one for users.