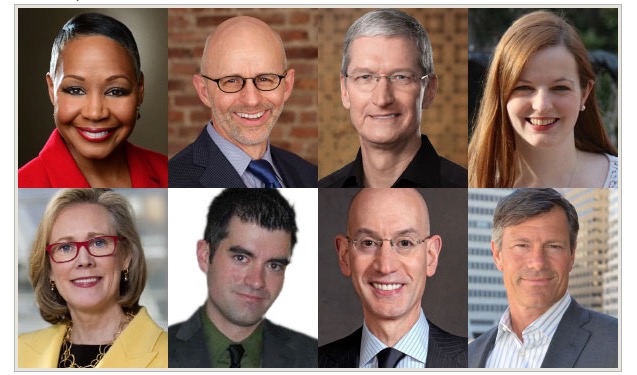 Apple CEO Tim Cook, an MBA graduate and devoted booster of Duke University, has been appointed to the school’s Board of Trustees for a six-year term. Cook and seven other people joined the Board on July 1, bringing it to a total of 37 members — a size that suggests Cook will not be unduly distracted from his work at Apple.

The Board is the University’s governing body, responsible for its “educational mission and fiscal policies.” Fellow new Board members include NBA Commissioner Adam Silver, Coca-Cola Foundation Chairwoman and VP of Coca-Cola Global Community Affairs Lisa Borders, and two experts on financial services.

Cook has appeared at Duke a number of times during his years at Apple, notably offering leadership tips (above) during a 2013 interview at the Fuqua School of Business, his alma mater. He attended the 2015 NCAA basketball championship game back in April, wearing a blue sweater in the Duke Blue Devils’ classic color, and posing for photos with fans of the team.

Duke Board of Trustees