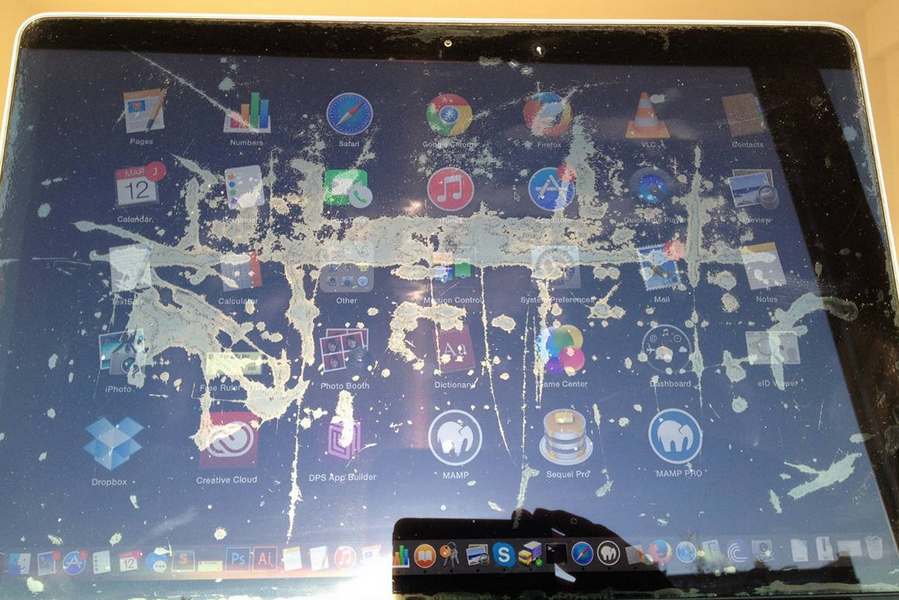 A group calling itself Staingate says that it has a database of more than 2500 people affected by the issue. More than 1800 of them have joined a Facebook group, a petition has been created, and lawyers Whitfield Bryson & Mason are collecting details of owners for “potential legal action against Apple related to staingate” …

Repair specialists contacted by the BBC said that the problem does not appear to be a common one, but some affected owners report that Apple is refusing service under warranty, dismissing it as a cosmetic issue. Other owners say they have been offered a repair even out of warranty, but are concerned that the problem will reoccur.