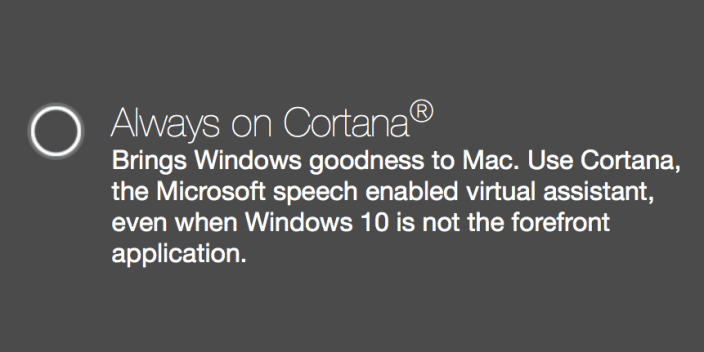 According to a leaked product page on the Australian Parallels page, the popular virtual machine software will support Microsoft’s Cortana virtual assistant throughout OS X. The product page explains that as long as Windows 10 is running somewhere in the background, users will always be able to say “Hey Cortana” and receive a response (via Neowin).

People have often called for Apple to bring Siri to the Mac, so this may satisfy the needs of some of those users, but the requests definitely won’t stop. With Cortana in Parallels, the Parallels application simply has to be running for the feature to work. It does not have to be in the forefront and presumably can be minimized or hidden.

In addition to support for always-on Cortana, the leaked product page for Parallels 11 notes that the software is ready for Windows 10 and OS X El Capitan. The program is also 50 percent faster and includes much improved battery life. A variety of other new features are included, such as improvements to Windows printin, a quicker way to view Windows notifications in OS X, improved file associations, and real-time location support in Windows.