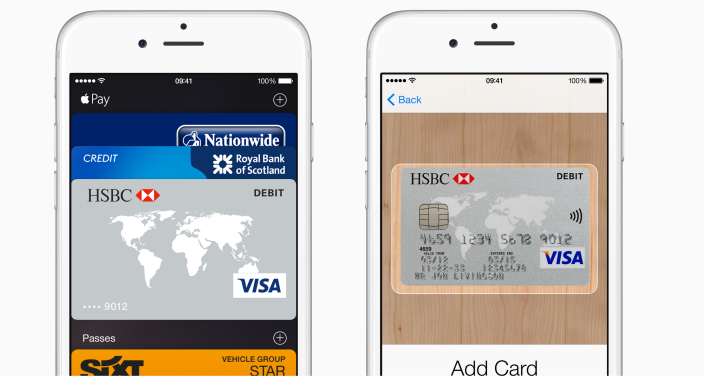 Following the launch of Apple Pay in the UK two weeks ago, Apple is continuing the rollout with the addition of two major banks, HSBC and First Direct. Customers who have credit cards or debit cards with those banks can start using Apple Pay now. As with other UK Apple Pay transactions, there is a £20 transaction limit at most retailers apart from those with upgraded payment terminals that support higher-value contactless purchases. The £20 limit is getting raised to £30 in September.

Both HSBC and First Direct caused some controversy as they were initially advertised as launch partners for Apple Pay in the UK. When the launch came, though, the banks were mysteriously missing from the initial rollout.

Major UK bank Barclays remains mum on when it will support Apple Pay, apart from confirmation that it will support the feature ‘in future’. The Apple Pay page on Apple’s website also quotes the following banks as ‘coming soon’:

Apple Pay contactless NFC payments work with iPhone 6, iPhone 6 Plus and Apple Watch. The latest iPads also support Apple Pay as a payment method within certain apps, but cannot do contactless retail transactions as they do not have an NFC chip inside.