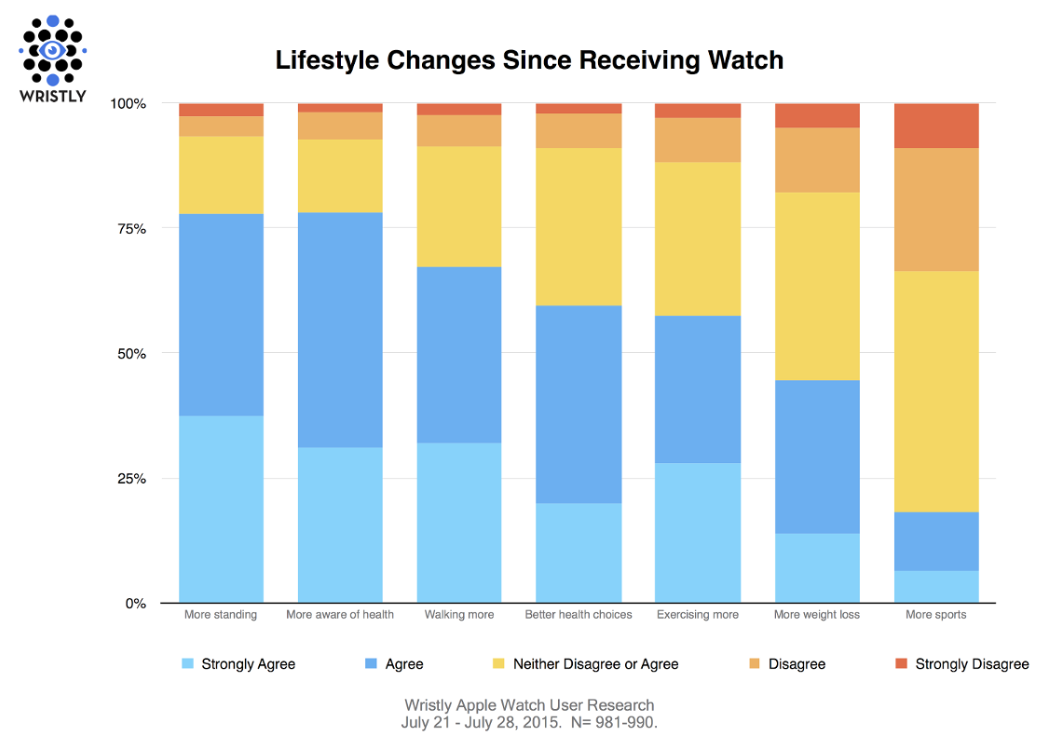 I asked back in May whether you thought the Apple Watch Activity app would lead to a leaner, fitter you. At that point, more than 80% of you said that it either would or already had.

A Wristly survey yesterday suggested that the reality perhaps hadn’t quite lived up to this promise, but still contained some pretty impressive numbers. More than 50% of Watch owners said that they were exercising more and were making better health choices, with around 40% reporting weight loss.

For those of us who were lucky enough to take delivery of our Apple Watches on day one, we’re now three months in. Plenty of time for the novelty to wear off – and to see whether the anticipated benefits really have shown up on the bathroom scale, in our waistlines or in the gym …

For my own part, I have to confess the Stand reminders became too annoying, so I switched them off. Too many times, it would prompt me to stand either while I already was, or literally a minute or two after I’d sat down. It just wasn’t sufficiently intelligent.

The Move and Exercise circles, in contrast, have proved motivating. Apple’s human interface chief Alan Dye was absolutely right about it being a natural human desire to want to close those circles once there’s just a small gap remaining. I haven’t quite gone as far as performing jumping jacks before bed, but I have taken the long way round when cycling home, or climbed a few flights of stairs in preference to the escalator, in order to fill in the gaps.

So we’d like to hear your experience – both in terms of your attitude to the Activity circles, and any specific health benefits you’ve seen since your got your Watch (please check all that apply). We invite you to complete both polls, and share your experiences in the comments.