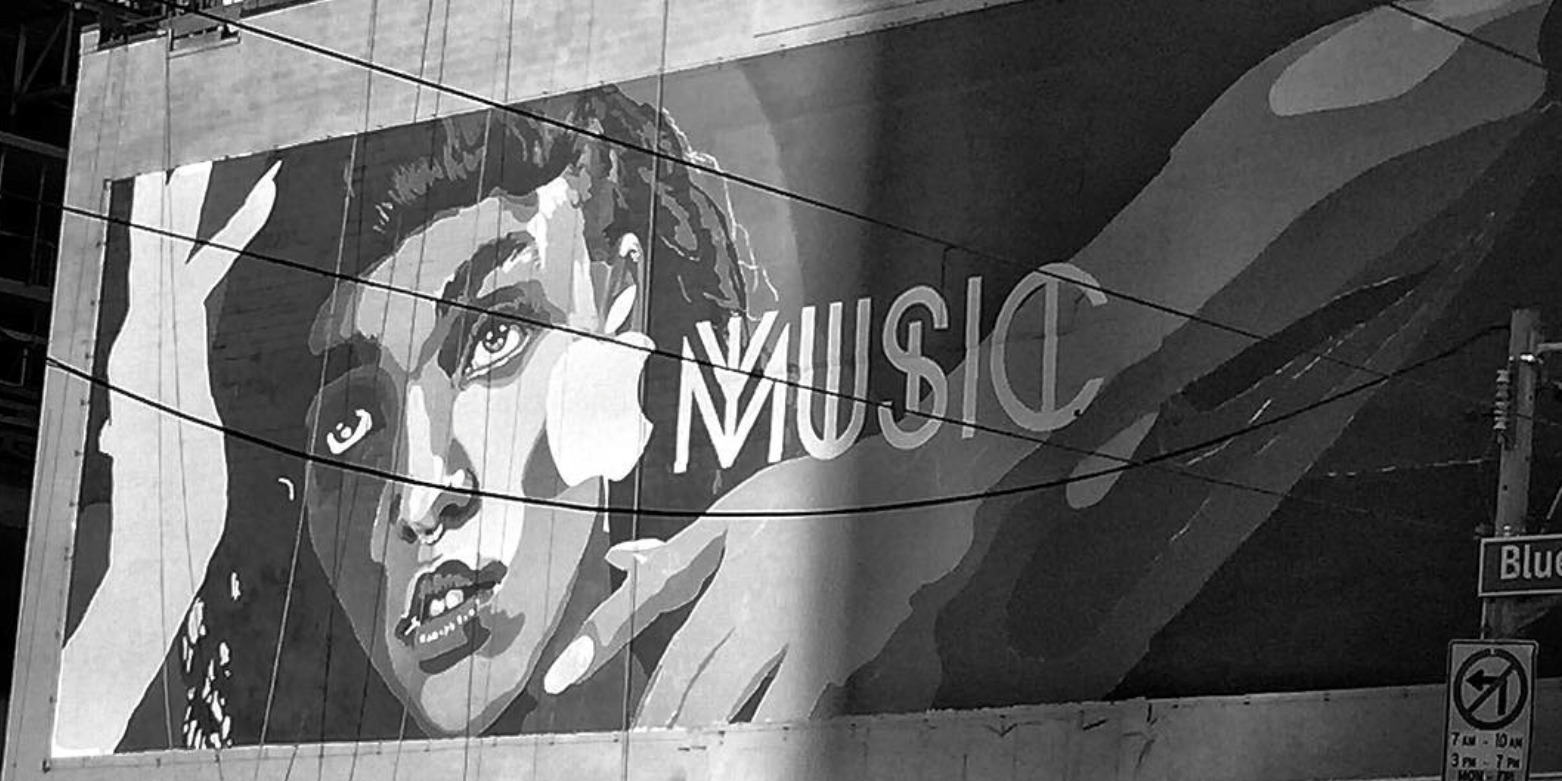 Apple has already taken over its homepage, produced video advertisements, and injected promotions into iOS to digitally promote its new Apple Music service. Now, the company is expanding its billboard promotion strategy, which has been mostly reserved in recent years for new iPhones and iPads, to include Apple Music. Several 9to5Mac readers and social media users have spotted posters and billboards for Apple Music across San Francisco, subway stations in Japan, London, Canada, and Los Angeles…

The billboards feature mostly black and white backgrounds akin to the imagery on Apple’s website, and the artwork features different and unique fonts. The billboards are custom sized to their location, meaning they have been specifically designed for individual placement. We have embedded a gallery below of various Apple Music billboards placed around the globe. While these are the first Apple Music billboards tailored direct to the steaming music component of the service, Apple has touted the Beats 1 Radio station by way of a digital ad in New York City’s Times Square.

Next in Apple Music news, Apple announced this morning that Apple employee Dr. Dre’s new Compton album will be exclusively streamed via Beats 1 from 6PM to 9PM Pacific Time this Thursday. Lastly, Billboard reports that Apple has engaged in an “artist-friendly” deal with Kolbalt’s ARMA group to handle royalty payments for Apple Music artists outside of the United States and Canada.