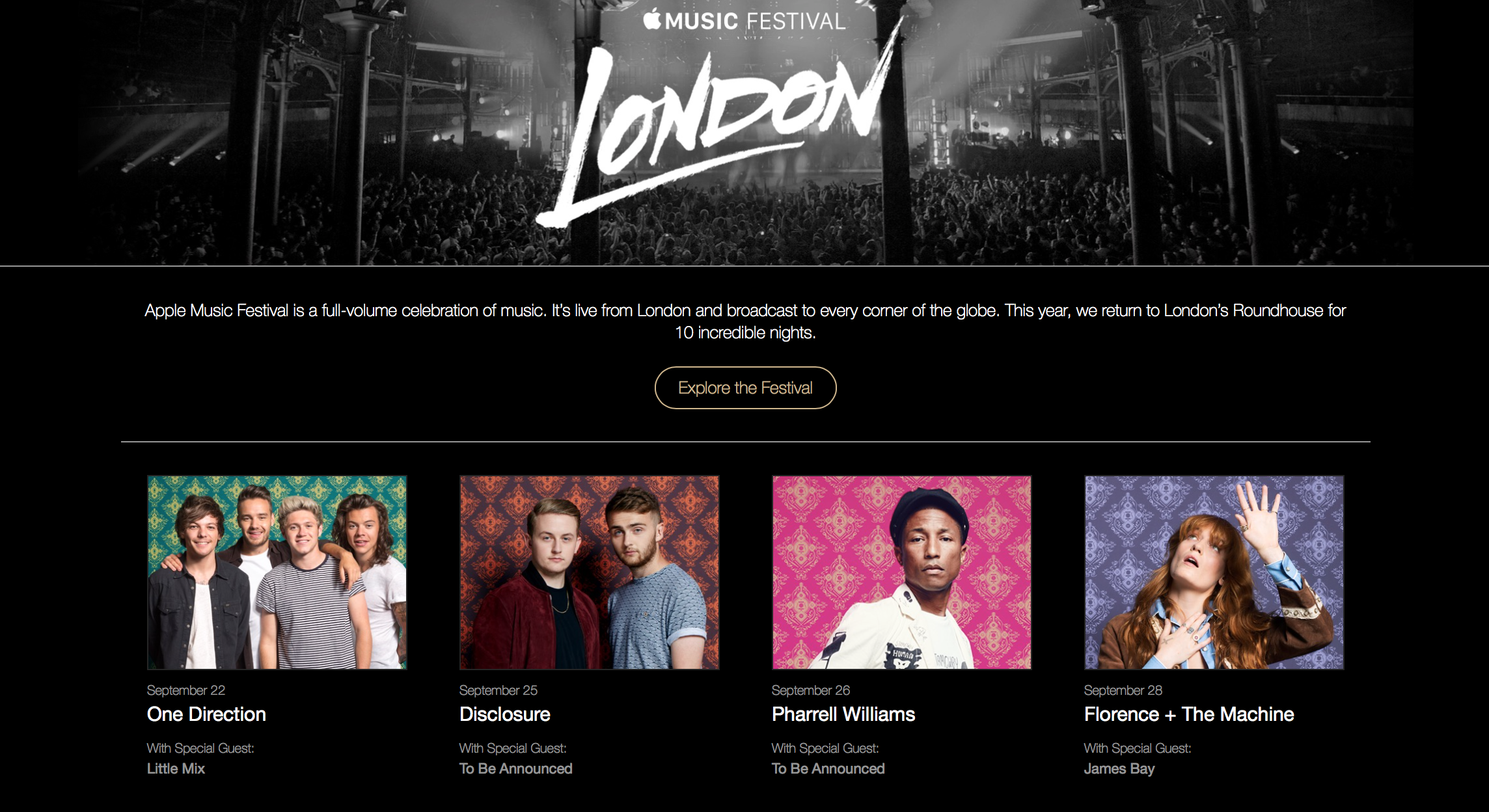 “We wanted to do something really special for music fans this year,” said Eddy Cue, Apple’s senior vice president of Internet Software and Services. “The Apple Music Festival is a greatest hits set of ten unbelievable nights featuring some of the best performers on the planet appearing live and interacting directly with their fans on Connect and Beats 1.”

“Wow, I’m so grateful to be performing at the Apple Music Festival. The Roundhouse is such a historic venue … there’s always a special energy in the crowd. Thank you for having me!” – Pharrell Williams

“It’ll be great to be back in London and we can’t wait to perform for our fans in the Roundhouse and around the world on Apple Music! See you there!” – Niall, One Direction

“We’re excited to be playing at this year’s Apple Music Festival at the wonderful Roundhouse!” – Florence + The Machine

“We’re super excited to play our first ever show for Apple Music Festival at the Roundhouse, one of our favorite venues in London. It’s also the day our album’s released so that makes it extra special!” – Disclosure

As is tradition, Apple will allow customers to apply to win tickets to attend the concert in person. Apple says that it also partnering up with media partners such as the London Evening Standard to giveaway tickets to the free concert. For those not attending the events in person, Apple will, as usual, stream the concerts via the new Music app on iOS devices, iTuns on the Mac, and on the Apple TV. Apple will also stream content through the Beats 1 radio station and host behind the scenes footage on Apple Music Connect.

Apple has also posted a new website along with a FAQ section with extra details on the events.