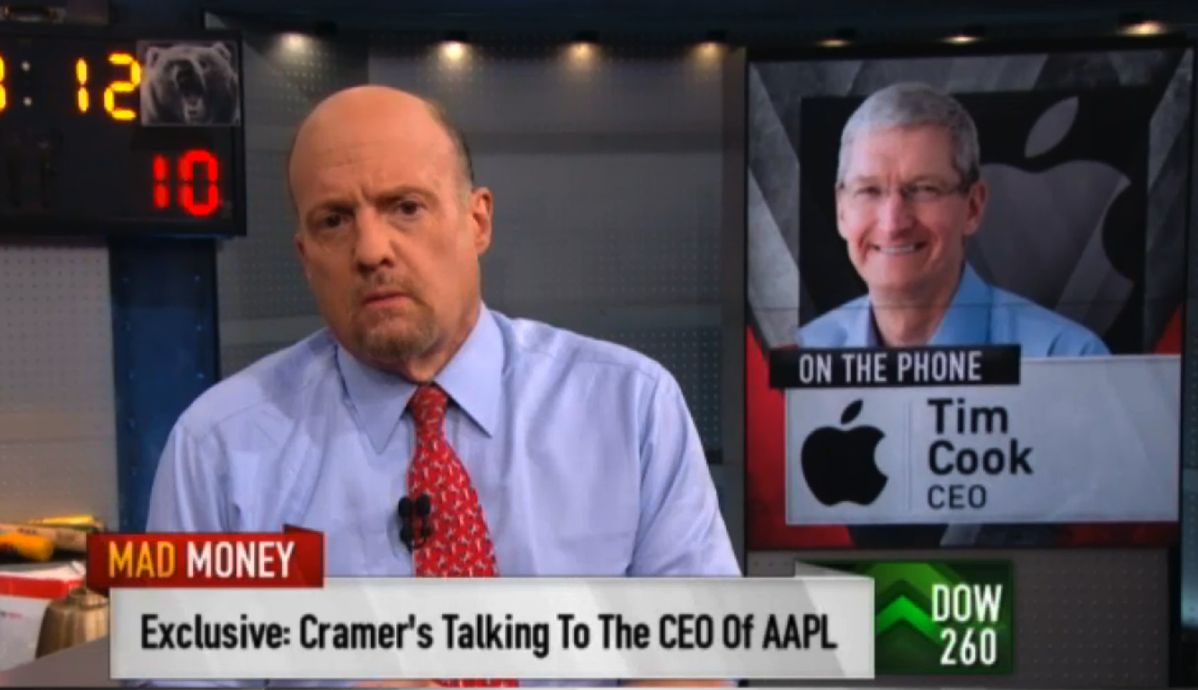 Although the email is addressed directly to Cramer, Cook alludes to the fact it is a message for Apple’s wider investor base: ‘As you know, we don’t give mid-quarter updates and we rarely comment on moves in Apple Stock. But I know your question is on the minds of many investors’. Cramer and Cook have demonstrated a strong personal connection, with Cook surprising the CNBC show host earlier this year live on air, which gives some context as to why Cook decided to make such a direct remark to Cramer rather than a more general Apple investor announcement.

Cook says that their performance so far this quarter is ‘reassuring’ and believes that China is an unprecedented opportunity over the long term, thanks to the growth of the middle class in the region. $AAPL stock is down about 6% amidst the current stock price plummet.