iOS 9.0 may not yet be available to the public, but Apple is already seeding the next version of the mobile operating system to testers. Yesterday developers got their hands on the first version of iOS 9.1, and today the same has been made available for users on the public iOS beta.

To download the new build, which includes support for new emoji characters, users can head over to the Apple Beta website and enroll their iPhone, iPad, or iPod touch. After a reboot, iOS 9.1 should show up under the Software Update tab in the Settings app. 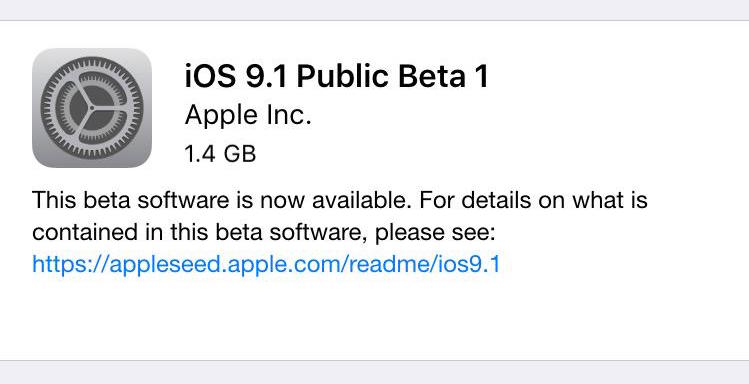 Thus far there haven’t been a whole lot of changes in the new build, though some users are reporting much better performance over the GM build of iOS 9. There are also new APIs for developers building iPhone 6s apps with 3D Touch and Live Photos, but little else seems to have changed.