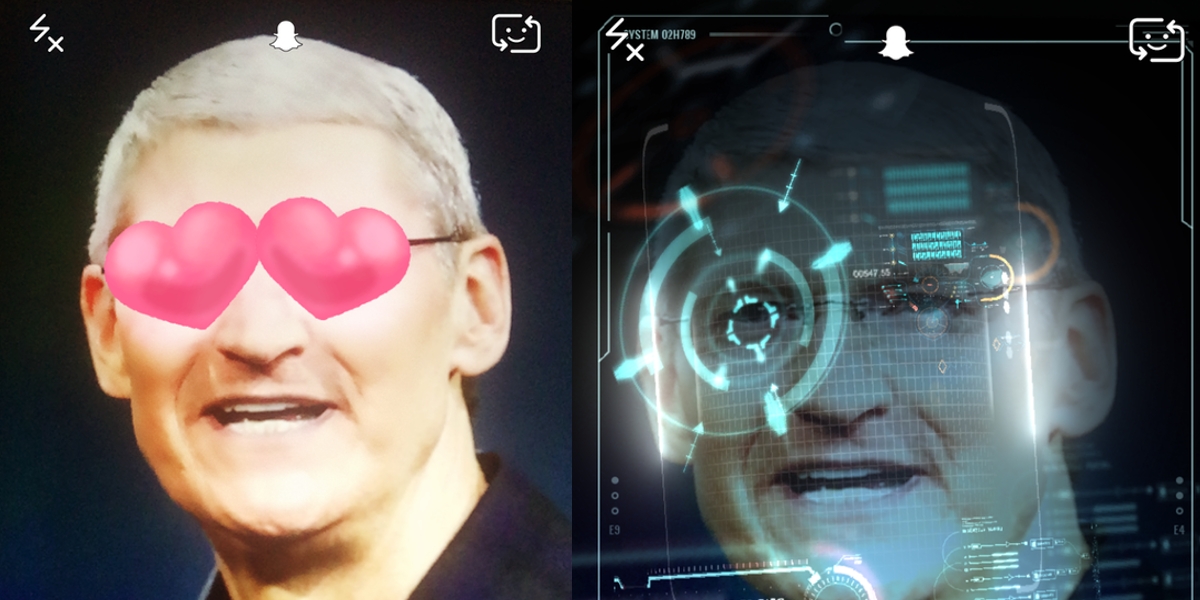 Snapchat is out with its latest update bringing new features and tricks to the photo messaging app. The release notes are short: Before you take a selfie, press and hold on your face for a surprise! That’s referencing the new selfie Lenses trick, which lets you apply some pretty wild effects to your face before sharing with friends. To use Lenses, just tap and hold on your selfie before taking a Snap. A facial outline appears as well as seven effects including that dramatically change up your selfie.

Some of these effects ask you to raise your eyebrows or open your mouth to work and include popping heart eyes and and rainbow vomiting blushed cheeks effects.

On its blog post, Snapchat also highlights the addition of “pricey” paid Replays for users wanting extra chances to view Snaps. This feature is currently US-only for now.

We introduced Replay in Additional Services almost two years ago, and we’ve used it to relive those amazing moments (or the ones we weren’t paying attention to…) just one more time before they disappear. We’ve provided one Replay per Snapchatter per day, sometimes frustrating the millions of Snapchatters who receive many daily Snaps deserving of a Replay. But then we realized — a Replay is like a compliment! So why stop at just one?

Today, U.S. Snapchatters can purchase extra Replays, starting at 3 for $0.99. You can use a Replay on any Snap you receive, but you can only Replay any Snap once. They’re a little pricey — but time is money! ;)

There’s also a new Trophy Case feature placed above the camera with 16 in total to unlock. This uses your Snapchat score to unlock emojis that show your progression with Snapchat.

Snapchat also recently removed the need to press and hold on Stories, which proved to be too much work on longer stories, and gained a high-profile new user: Apple Music. No word on whether or not Tim Cook himself is on Snapchat yet, but his selfie game with Eddy Cue at Fifth Ave this week is strong:

You can grab Snapchat 9.15 on the App Store.