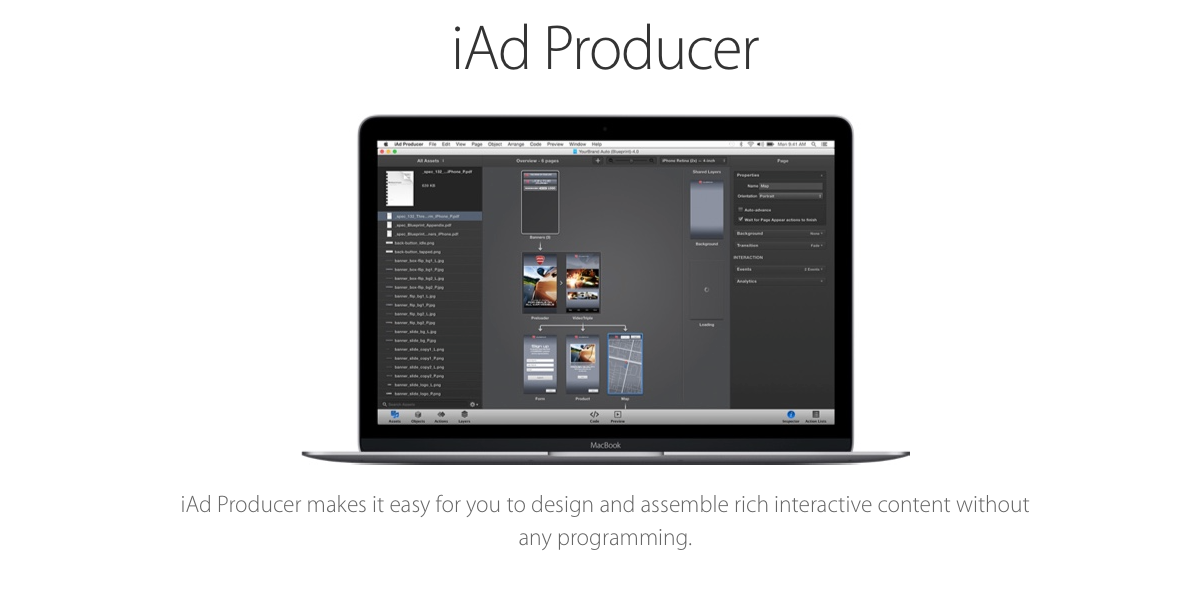 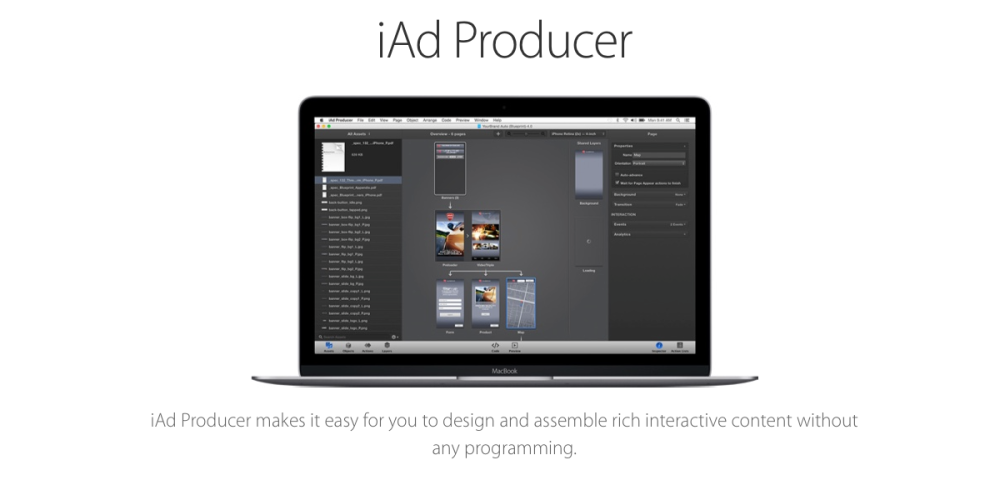 iAd 5.1 comes in at 248MB and can be downloaded for free via Apple’s developer website or via the Mac App Store. The only change Apple lists is a fix for an issue where part of an ad could be displayed in the wrong orientation. There are likely some other minor bug fixes and performance improvements, as well.

Earlier this summer, a former Apple employee detailed an interesting use case for iAd Producer, explaining how it can be used to prototype iOS and Mac apps prior to development.