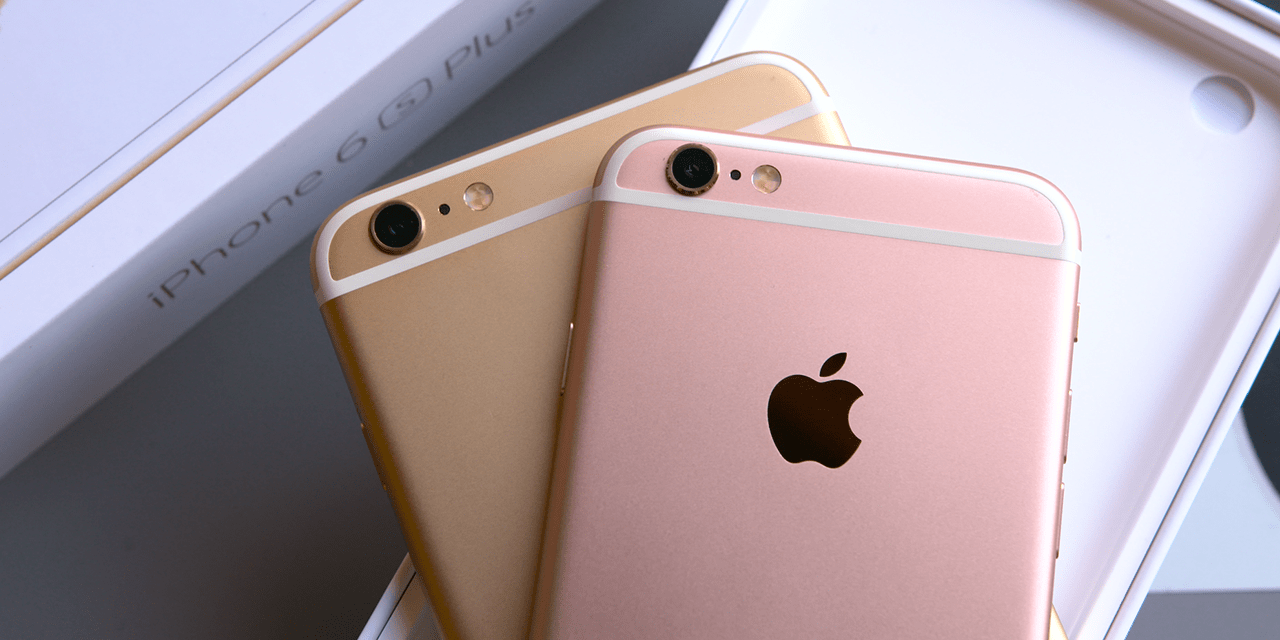 Starting out with design, it’ll be hard to tell the difference between any of these phones. Being an “S” cycle, Apple has left last year’s design alone and added just a simple mark on the backside to signify the upgraded model. If you really want people to know you have the new iPhone, your best bet is to pickup the new Rose Gold color variation which is only available on the 6s models this year. If you want to take it a step further, there are plenty of iPhone 6s cases available now or you can pick up a skin to keep things sleek and thing.

In the hand, you may notice something different with the 6s and 6s Plus… These new models are actually slightly thicker and heavier than the previous models due to the new display technology and build, which we’ll get into later. The button layout is identical here as well and along the bottom end, you’ll find the same ports and all in their place.

Check out our full iPhone 6s vs iPhone 6 comparison video below:

Watch our iPhone 6s and 6s Plus unboxing and impressions video.

Though the technology behind the display has changed, Apple has decided to leave the resolution alone. On the iPhone 6 and 6s, we have a 4.7-inch display with a resolution of 1334-by-750 at 326 ppi. Over on the 6 Plus and 6s Plus we have a 5.5-inch display with a 1920-by-1080 resolution at 401 ppi. Based on the design and screen size/resolution, there’s hardly a difference here, but let’s dig a little deeper.

Apple’s “S” models are all about refinement and there’s been quite a bit going on in this department. First off, Touch ID has been drastically improved. The setup process identical between the two, but it’s twice as fast this year and the difference is definitely noticeable.

As for specifications, Apple’s iPhone 6s and 6s Plus are rocking a dual-core 1.8GHz A9 processor with 2GB of RAM, while last year’s models packed a dual-core 1.4GHz A8 processor and 1GB of RAM. While that may sound like another incremental update over their predecessors, the 6s and 6s Plus definitely pack some hot fire. Looking at Geekbench 3, the difference is very clear. Apple’s iPhone 6s and 6s Plus take the crown, but what’s even better than that is the RAM management happening here with the new hardware and iOS 9. Apps that seemed to have been opened forever ago, launch like a boss. 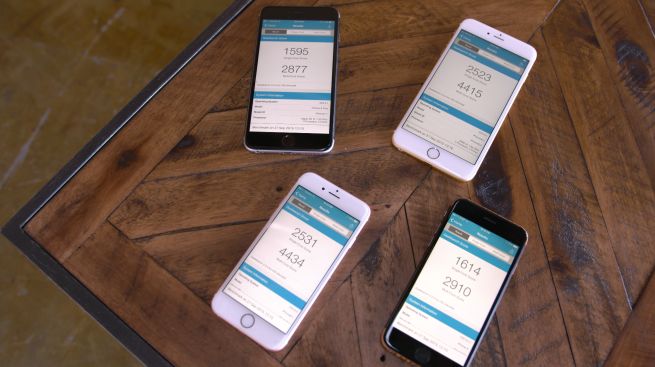 As for performance, both will still get the job done, but the 6s and 6s Plus will still take the win in the long run. Both devices are running iOS 9 and come along with the same feature set introduced with that update as well. If you’re not familiar with the features that iOS 9 brings, check out our complete rundown here. Don’t get me wrong though, if you’re sticking with the iPhone 6 or 6 Plus you’ll be fine, but I’m definitely a big fan of the performance improvements with the newer models. It’s without a doubt a night and day difference in real-world use.

Aside from performance and specifications, there are some details which reside in the form of hardware enabled software features. One of the big ones here is the new 3D Touch display. This year Apple has introduced a new 3D Touch feature which will detect the amount of pressure applied to the screen with your finger and trigger various actions. For example, if I 3D Touch on certain app icons, a little pop-up menu will appear which I can then slide my finger on to the appropriate action and release.

If you’d like to see a full video covering all of the best 3D Touch features, check out our detailed video below:

It’s actually a pretty neat feature, but right now the support is limited. You can 3D Touch on a lot of the app icons native to iOS such as the camera app or Notes app, but very few third-party apps support this out of the box. It’s going to be a game changing feature for sure, but not until it’s widely adopted by developers.

On to camera performance, there’s a big difference on paper, but is it noticeable? Apple’s iPhone 6s and 6s Plus feature a new 12-megapixel sensor, which is up from 8 mega-pixel in the 6 and 6 Plus. Unfortunately, the 6s didn’t receive the optical image stabilization treatment, but the 6s Plus is still holding it down strong in that area. The optical image stabilization will definitely help in low-light, but cameras on all of these models will still take fantastic photos.

Comparing photo samples, to the naked eye there’s not much of a difference here. In fact, I’d argue that just looking at photos on the screen, you’d need a tuned eye to notice the upgrade in mega-pixels. When zoomed in, there’s definitely a difference in detail, but you may not be able to see much of an upgrade if your only goal is to share photos online. Regardless, photos on each device are very crispy and look fantastic, but check full gallery below so you can take a look for yourself. Can you see the difference?

As for video, there’s a big leap in resolution here. Apple’s iPhone 6s and 6s Plus are capable of shooting up to 4K video at 30 frames per second, which is 4X the video recording resolution found on the iPhone 6 and 6 Plus. And even though the iPhone 6s lacks optical image stabilization, Apple has included digital stabilization to keep things buttery smooth. There’s obviously no competition or comparison necessary in video quality here, but since majority of consumers don’t have a way to even view 4K video, it may not be important enough to take advantage of. In that case, 4K video recording can easily be disabled and downgraded to 1080p within the Settings app to save you some space. 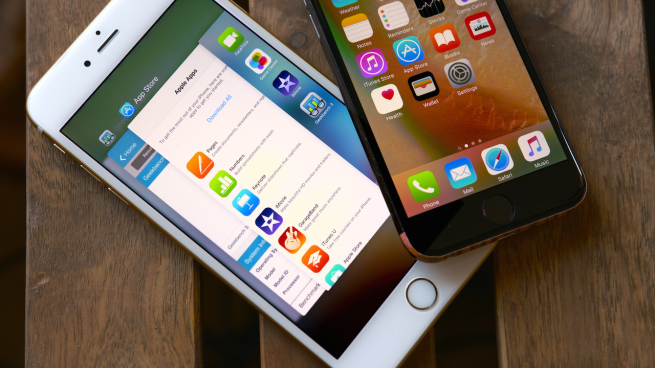 Another new feature with the camera on both the 6s and 6s Plus, is the addition of Live Photos. This feature is enabled by default in the camera app and will automatically capture a second and a half before and after you take a picture and stitch that together in video form with audio. Once a Live Photo is captured, it can easily be viewed by 3D Touching on the original photo which will proceed to animate the photo. They can also be set as wallpapers, but to be honest I don’t find them very useful.

Around the front side of both new devices you’ll also find an improved 5-megapixel camera with 720p video recording capabilities, which is up from 1.2-megapixels of the previous generations. Not only that, but there’s a new selfie flash on the 6s and 6s Plus… but probably not the kind of flash you’re thinking of. Apple’s new Retina Flash, does have a rather stupid name, but the functionality is pretty cool. There’s a special display chip inside that helps detect the ambient light around you, then match the tone with a flash of the display that’s three times brighter than usual. What do you think, gimmick or handy feature? 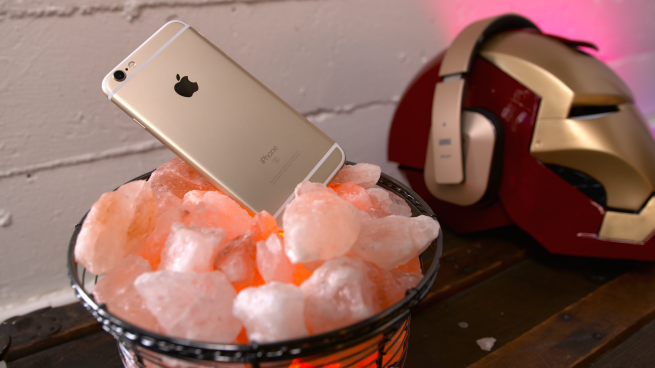 As you can tell, most of what comes along with the iPhone 6s and 6s Plus are simply refinements on last year’s lineup. It’s likely you’ll be able to live with the previous generation model, but some of the new features introduces may prove to be game changers down the road. I’m a huge fan of 3D Touch and the improved camera, but both of those combined might not be good enough of a reason to go out an upgrade. If you can live without those two little features, you will likely benefit from waiting until the iPhone 7 is released.Let us know what you think about the iPhone 6s and 6s Plus in the comments section below. Do you think it’s worth the upgrade?