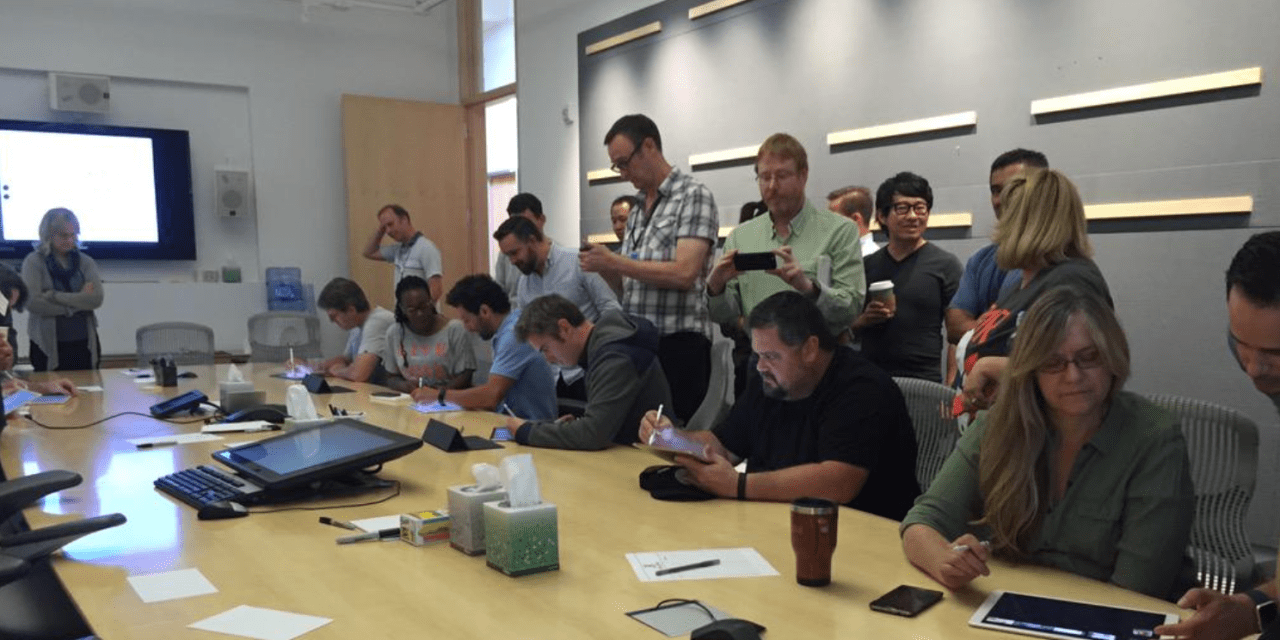 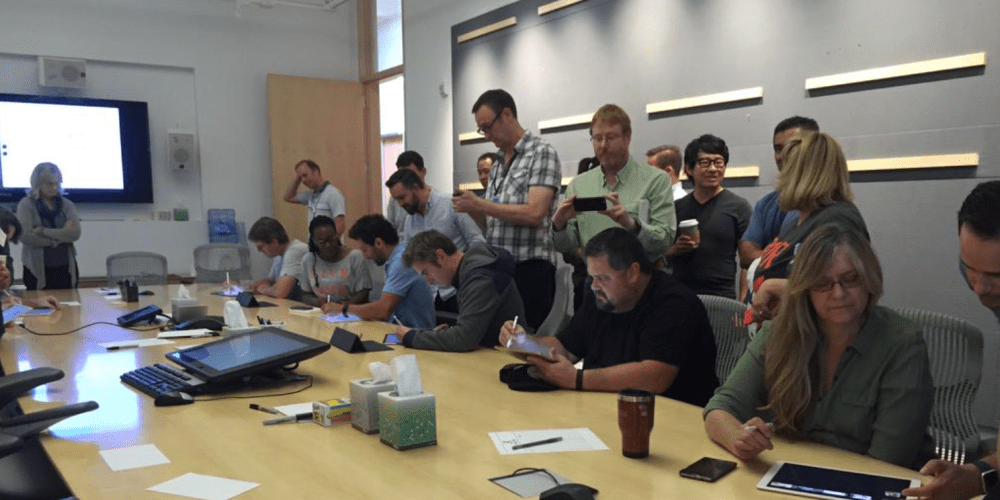 Just a short while after the Pixar development team got their hands on the iPad Pro and praised the device’s palm rejection, Disney’s design team spent the day testing Apple’s latest tablet. Disney’s team of designers used the iPad Pro to sketch a variety of different characters from Disney classics, including Olaf from Frozen and Mickey Mouse.

The testing seemingly went well for Disney. “Let’s order a bunch,” product manager Paul Hildebrandt said at the end of a Periscope stream showcasing the device. In a separate Periscope steam, Disney animators Jeff Ranjo and Jeremy Spears used the iPad Pro to draw caricatures of each other. You can view the replay of that process at the links below.

Disney’s team of designers tested the iPad Pro with illustration apps like Pro Create and FiftyThree’s popular Paper, both of which have already been optimized for the iPad Pro and Apple Pencil.

Below you can see a trio of images of Disney’s designers sketching characters like Olaf from Frozen, Mickey Mouse, and a Tiki man. You can view a replay of Product Manager Paul Hildebrandt testing the device on Periscope here and animators Jeff Ranjo and Jeremy Spears drawing caricatures of each other here and here.

Apple brought in some cool new toys. If I could get the artists to put them down then I could get a turn. pic.twitter.com/WpuLHvRSvp