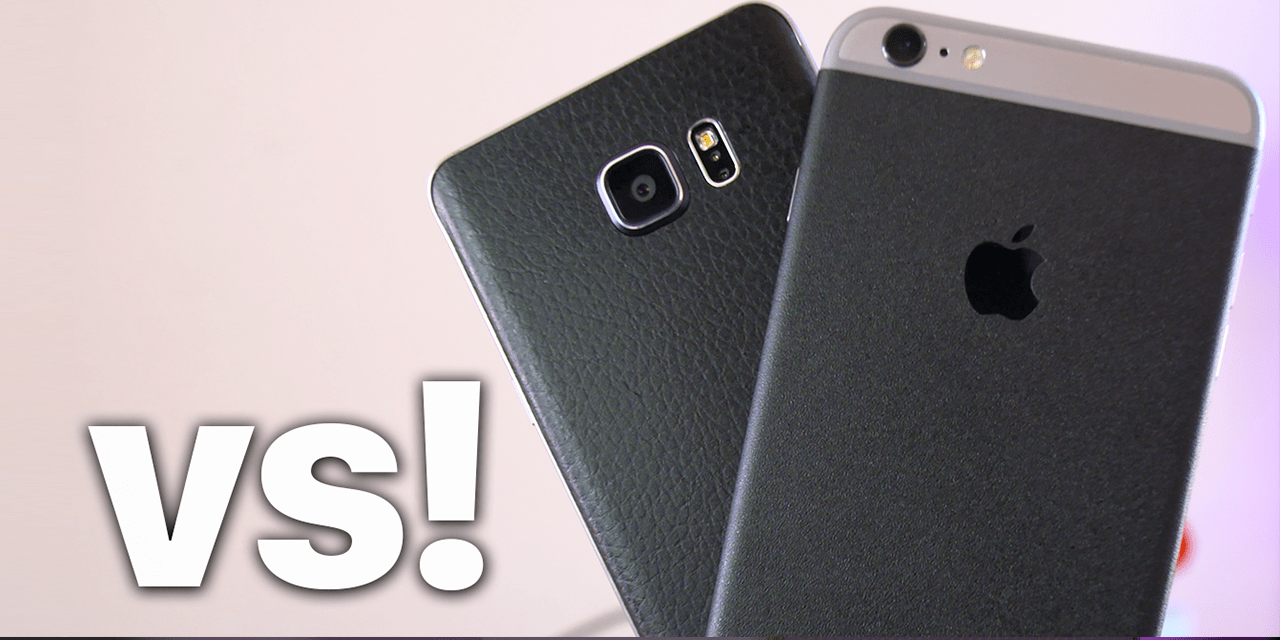 Today we’re getting into the ultimate camera battle between Samsung’s Galaxy Note 5 and Apple’s iPhone 6s Plus. These are without a doubt packing the best camera sensors in mobile right now, but which one will take the throne as 2015’s best smartphone camera? We’ll be taking a look at pictures and video from both devices to find out…

On the iPhone 6s Plus we have a 12-megapixel sensor, dual-tone flash, and optical image stabilization, with the ability to shoot up to 4K video at 30 frames per second. With the Galaxy Note 5, we have a setup that was first launched with the Galaxy S6. There’s a 16-megapixel sensor, LED flash, optical image stabilization, and 4K video recording up to 30 frames per second.

As far as camera software goes, I tend to prefer the simplicity of the Camera app in iOS and the streamlined layout, but it definitely lacks some features when compared to Samsung’s Camera app on Android. On the Note 5, there’s a much more intimidating experience for some people, but Samsung has toned things down a lot over the years and there’s even a full on manual mode for photos that can come in pretty handy if you know what you’re doing with things like ISO, shutter speed, and white balance.

Check out our camera comparison video below:

We’re going to break this comparison down into a few simple categories: Daylight photos, low light photos, and 4K video quality. We’ll also go through an optical image stabilization test as well near the end if that interests you. Anyway, enough talking about the cameras, let’s put them to the test. Also, if you’re curious about the skins I’m using, you can find them here. Check out the above video and gallery below for photo and video samples from each device.

It’s pretty clear that Samsung sharpens and saturates the Note 5’s photos, but because of this you get something that’s ready to go out of the box. On the iPhone 6s Plus, the pictures are still good, but not nearly as polished. And in my testing, the colors (while saturated more) seemed more accurate on the Note 5 than the iPhone 6s Plus. Daylight photos from the Note 5 just look better overall, but the iPhone 6s Plus kills it low light performance.

Under less than average lighting conditions, the Note 5 pictures tend to fall apart. Apple’s new sensor in the 6s Plus works very well with low light photography. I still think that the Note 5 reproduces colors better, but in terms of quality, the iPhone 6s Plus wins all around in low light.

When it comes to 4K video recording, I have to give the win to Samsung’s Galaxy Note 5. They’ve been working on UHD video recording much longer than Apple and it definitely shows. That’s not to say that the footage on the iPhone 6s Plus is bad, it’s just not as crispy. Apple’s iPhone 6s Plus also destroys the Note 5 when it comes to video stabilization. Take a look at the comparison video above to see for yourself though.

Either way, both of these cameras are great to have, but I personally prefer majority of the results from the Note 5. Though if I’m in a low light setting, the iPhone 6s Plus would be good camera to have around. Which camera do you prefer? Let us know with a comment below.