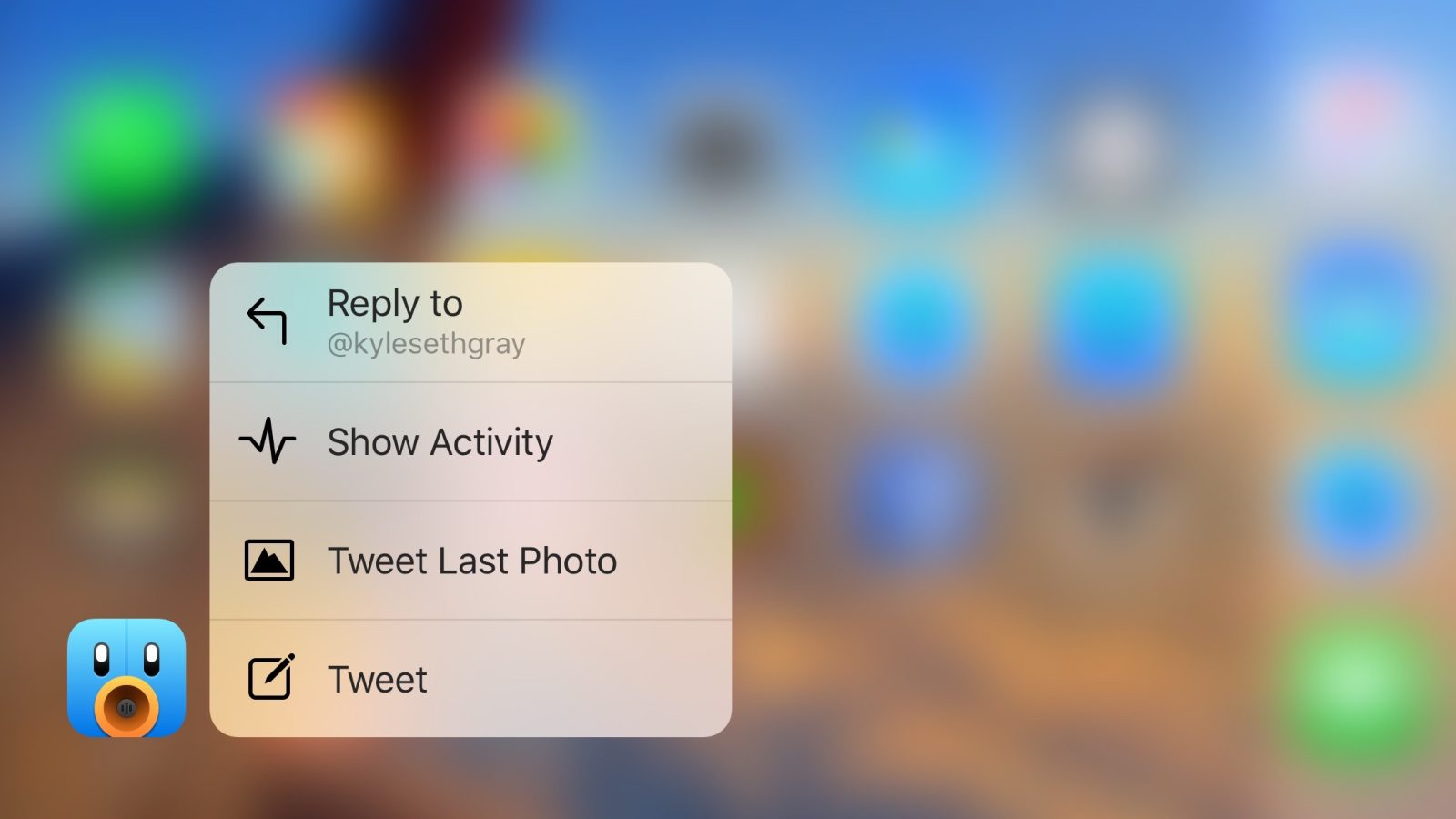 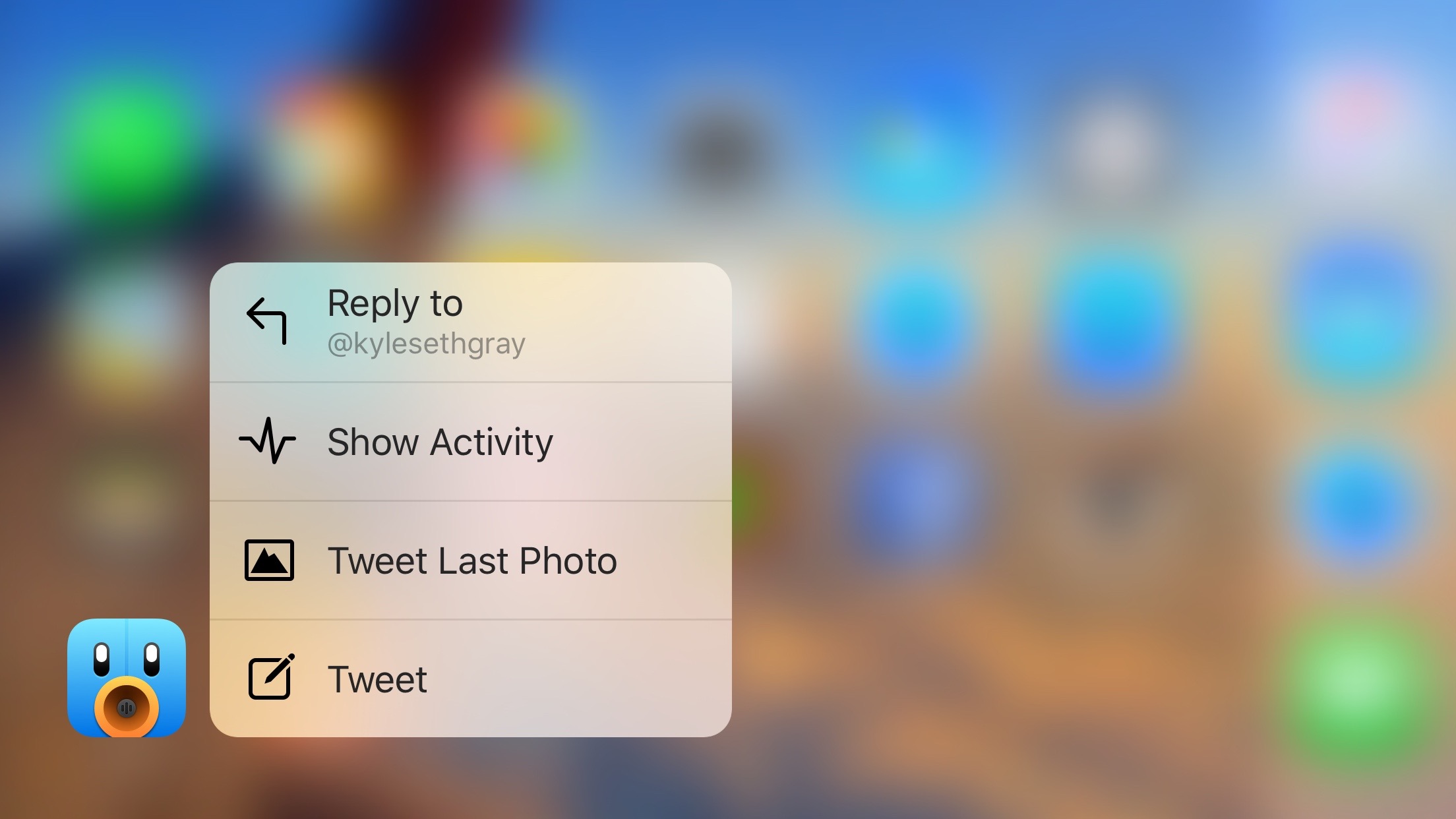 The newly launched and universal Tweetbot 4 for iOS is out with its first new update today, version 4.0.1, adding improved support for Apple’s latest iPhones.

For iPhone 6s and 6s Plus customers, Tweetbot 4 now includes 3D Touch support for Quick Actions on the Home screen and Peek and Pop interactions within the app.

Firmly press the updated app icon to reveal options for creating new tweets, quickly tweeting your most recently captured photo, viewing the new Activity tab, or optionally replying to a mention or direct message if a new alert is available as seen above.

As for Peek and Pop, which lets you preview and open links by pressing firmly on the display, Tweetbot 4 currently supports 3D Touch on the timeline and says more places within the app will support it in the future. Tweetbot 4.0.1 has also been localized in French, Spanish, and Japanese with more languages promised.

Tweetbot 4 is currently available for iPhone and iPad for $4.99 with a full price of $9.99 coming later. 3D Touch features require iPhone 6s or iPhone 6s Plus.

Update: Tapbots got a quick update of Tweetbot 4.0.2 out today too that includes a way to swipe back from Safari View Controller.