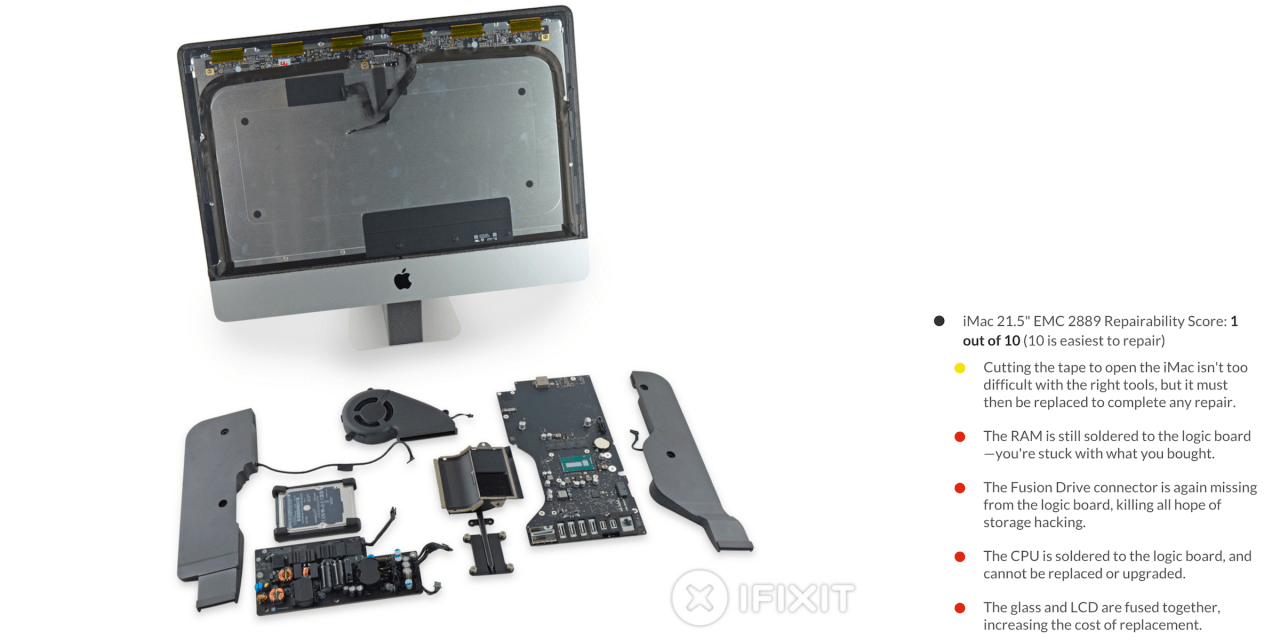 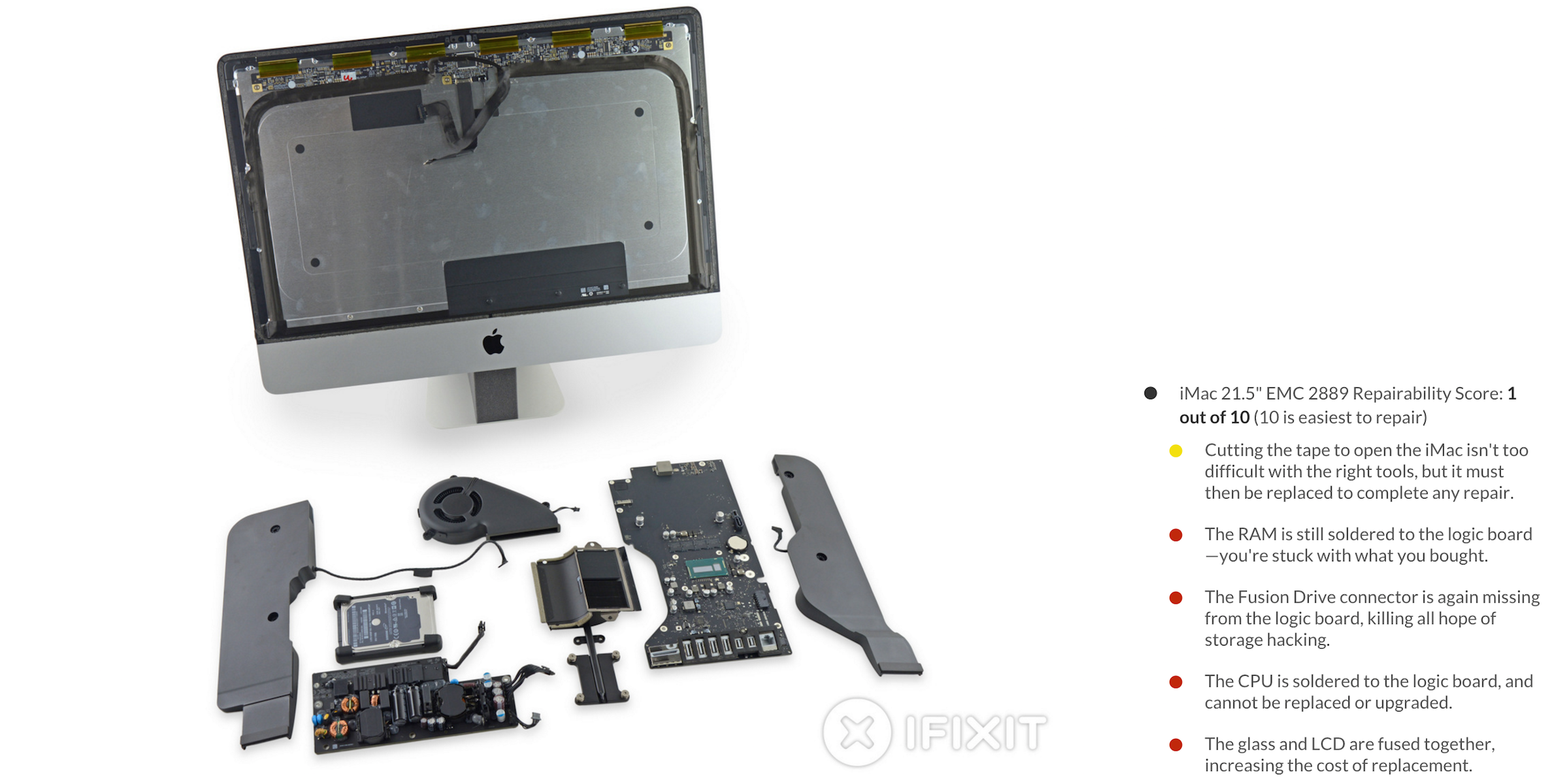 While the previous generation iMacs had many of the same issues resulting in a low repairability score, iFixit notes that the new iMac has a number of the same downsides and then some…

The publication notes that tape must be replaced after every repair, the RAM and Fusion Drive won’t be upgradeable even with the usual required DIYing, and the “CPU is soldered to the logic board, and cannot be replaced or upgraded.” In addition, iFixit points out that the “glass and LCD are fused together, increasing the cost of replacement.”

The previous generation 21.5-inch iMac scored a slightly higher score due to the ability to upgrade RAM and hard drive components. This time around, however, iFixit confirms that the RAM is “soldered to the logic board,” and that the Fusion Drive “connector is again missing from the logic board, killing all hope of storage hacking.”

Something else potential new iMac buyers should keep in mind: it was discovered earlier this week that Apple reduced the amount of flash storage in the device’s 1TB Fusion Drive from 128GB down to just 24GB.