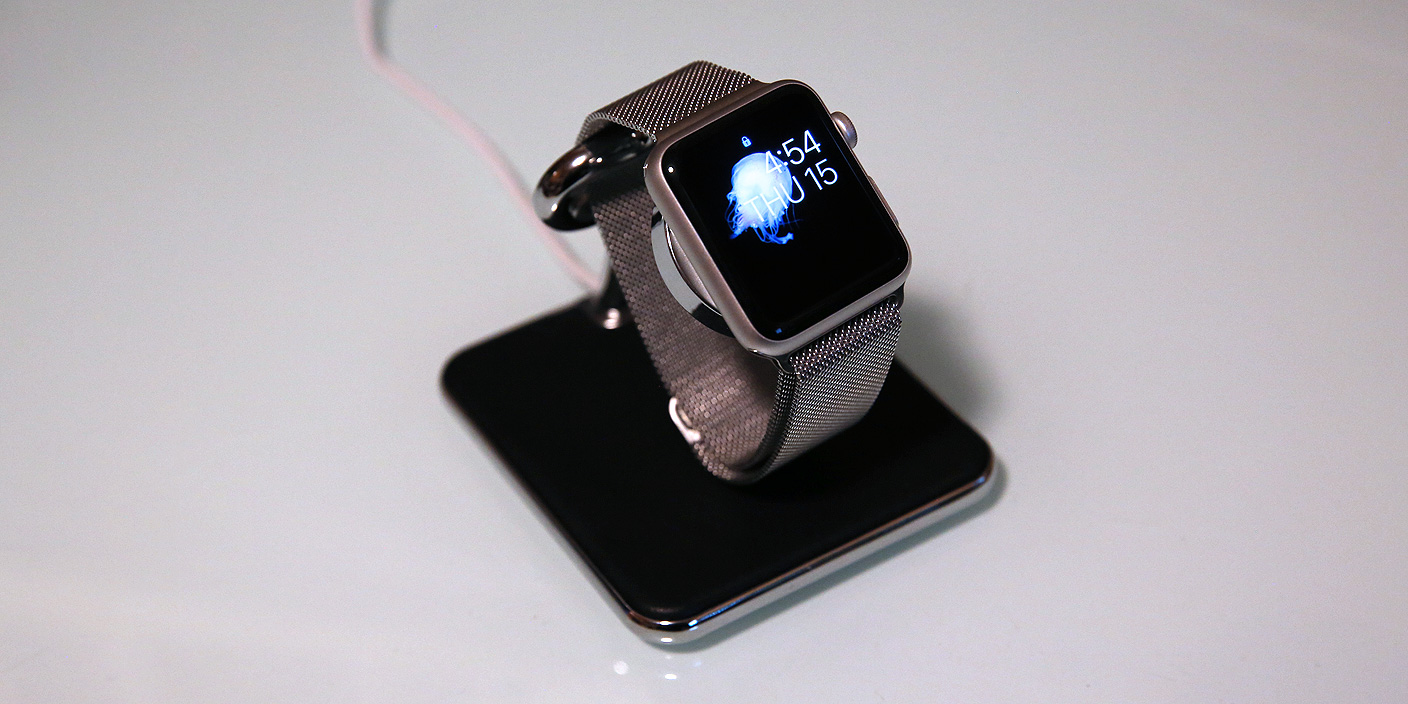 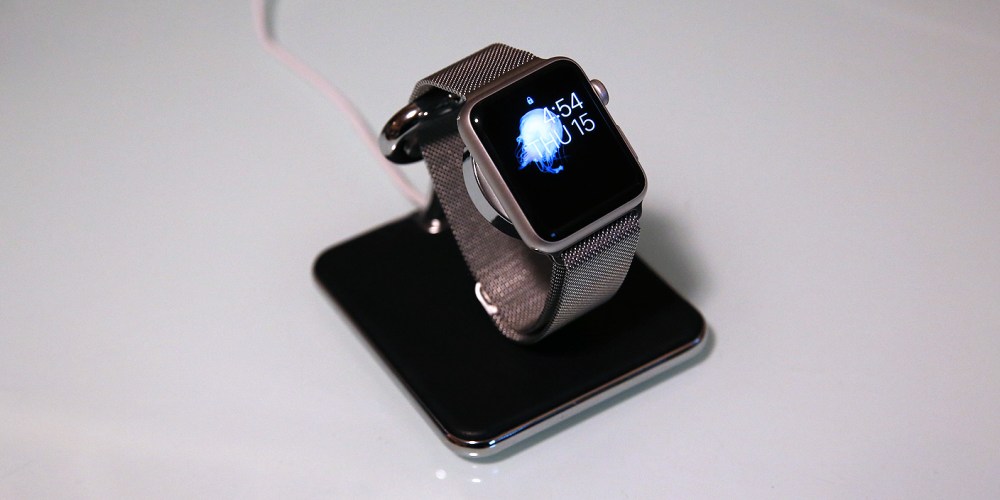 Twelve South’s original Apple Watch stand, HiRise for Apple Watch, was early to market for a reason: it was derived from the company’s popular HiRise stands for iPhones, tweaked just enough to hold and charge the smaller Watch. It made our list of the Best Apple Watch Stands and Docks because it was a good first stab at the category, but based on Twelve South’s many cool Mac, iPad, and iPhone accessories, I knew that the company could do better.

Five months after HiRise hit stores, Twelve South has released Forté ($60), a considerably classier Apple Watch stand that looks and feels far closer to an Apple design. Replacing HiRise’s sandblasted aluminum with a chrome-plated metal alloy and grain leather, Forté has the good looks and substantial weight of an Apple dock, with only a couple of telltale signs that it’s a third-party product. Read on for the details… 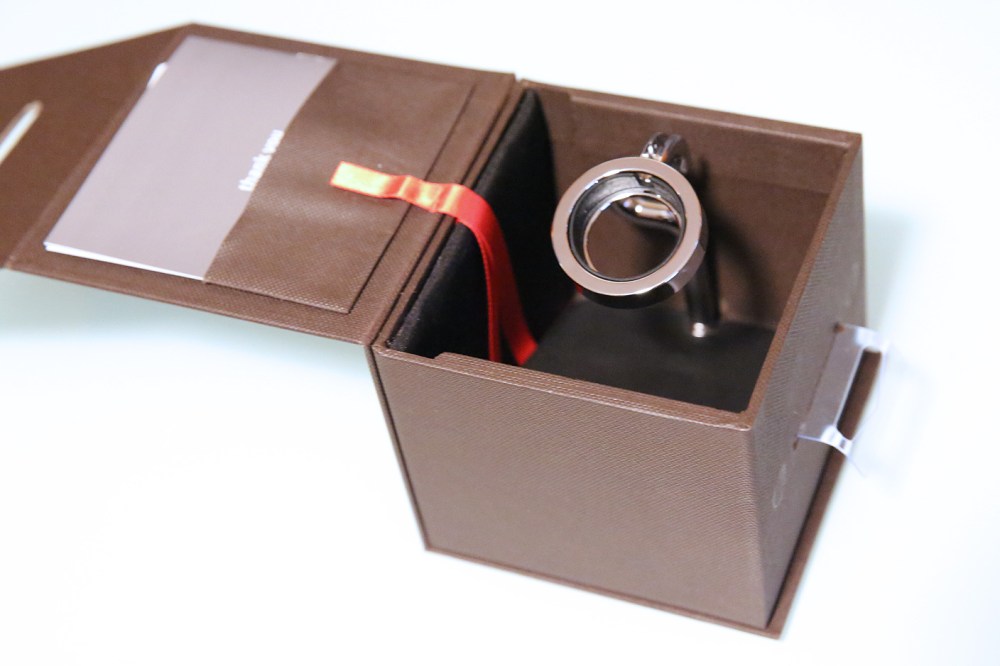 While all of Twelve South’s products are packaged in stiff, fabric-wrapped cardboard, Forté’s package looks and feels like a premium watch box, complete with a magnetic closure, a ribbon pull to remove the stand, and an instruction manual pocket. A white liner outside the box spotlights its use with three stainless steel Apple Watches, which it matches beautifully, rather than the aluminum-bodied (and arguably more HiRise-appropriate) Apple Watch Sport. 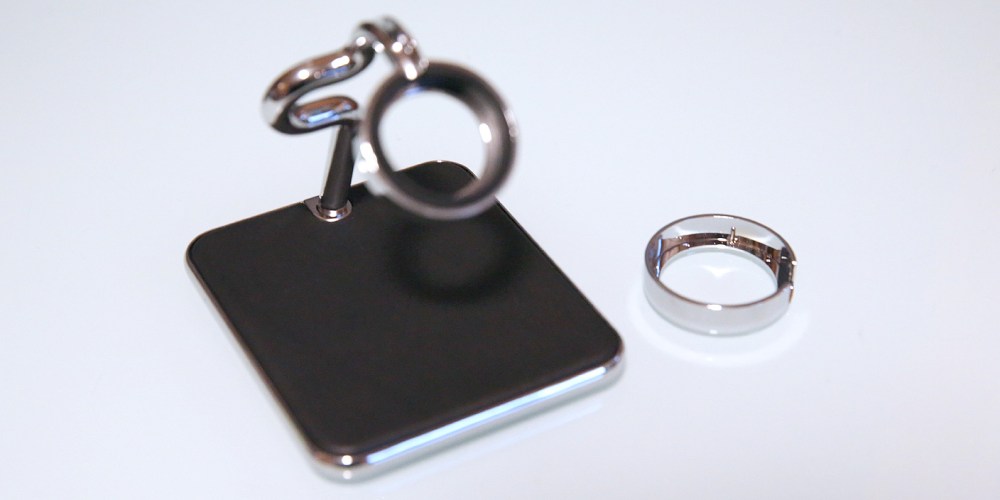 Forté arrives assembled, so you’ll need to pull off its front chrome ring — the only part made from plastic, though it matches the rest of the stand — and insert an Apple Watch Magnetic Charging Cable, feeding the wire down a kinked groove in the back. With the cable in place, you replace the chrome ring on the top, and that’s it: Forté is ready to hold your Watch on a 30-degree recline just over 2″ from the surface of a table. A very substantial weight in the base, plus a black rubber pad on the bottom, keep it from slipping around once you’ve chosen a location on your desk or nightstand.

Rounded and gleaming in the light, the design is gorgeous and largely practical, though imperfect in a couple of ways. On positive notes, the chrome and grain leather-padded base look appropriately luxurious, surpassing the materials in Mophie’s slick Dock for Apple Watch. You can mount your Watch in portrait or landscape orientation, which means that Forté is Nightstand Mode-compatible, though you’ll need to pinch your magnetically-secured Apple Watch to use its buttons without dislodging it, a sore point with one of our editors. 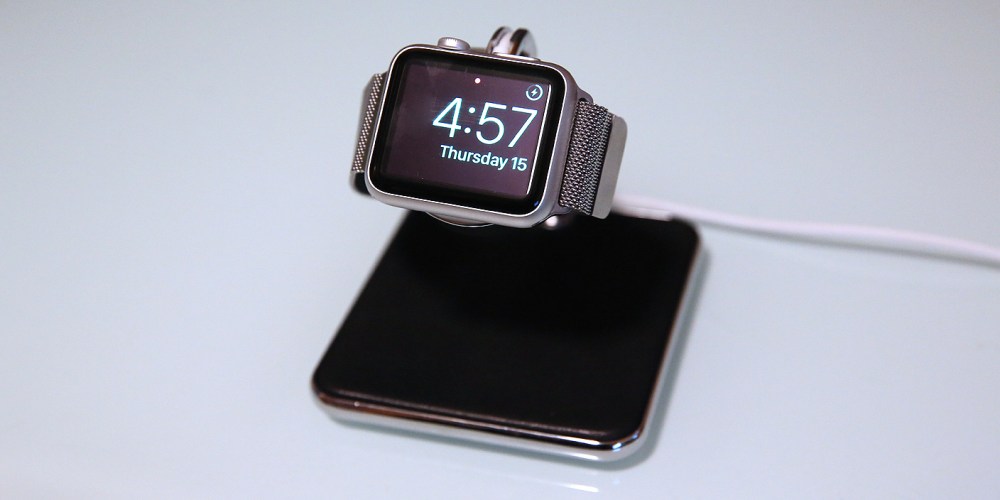 The other issue is the rear cable-managing channel, which looks and feels a little odd. This is partially because Twelve South created a U-shaped gap in the bar to accommodate closed-loop Apple Watch bands — a wise idea — but the shape detracts a little from the design’s looks; Mophie’s Dock for Apple Watch achieved the same functionality with less of a visual oddity by using a left-mounted bar rather than a centered one, and completely covering the cable. Additionally, though you won’t see it when the stand is viewed face-on, the bar’s chrome back remains open and feels a little jagged to the touch. Given how much polish the rest of the stand possesses, it feels like Forté was originally designed to be shipped with Apple’s Magnetic Charging Cable pre-installed, but tweaked late in the game to lower its price or get it to stores faster. 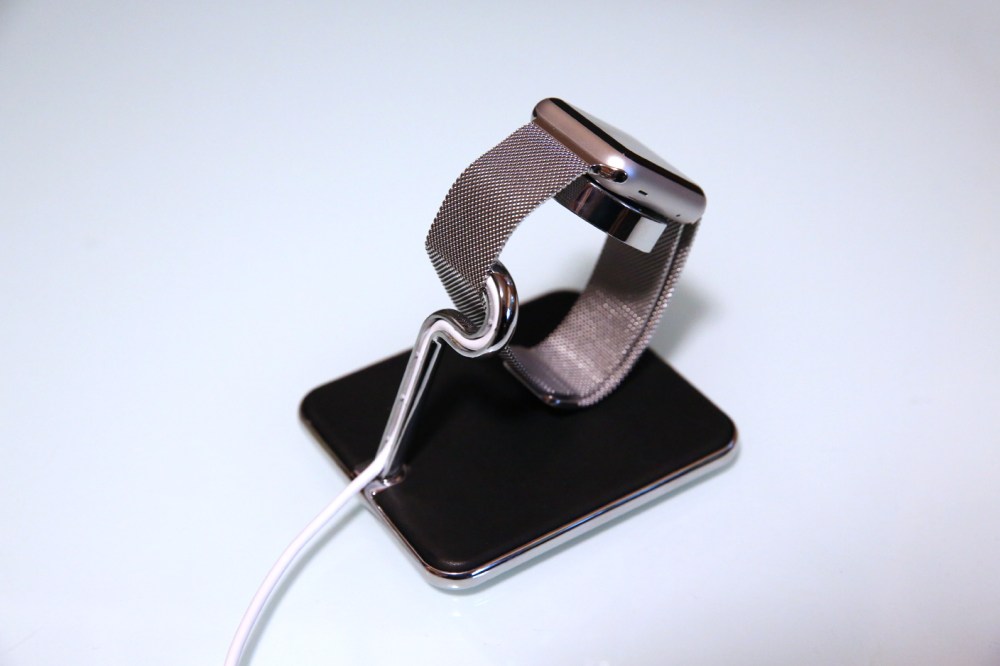 Overall, Forté is a very nice stand that will have particular appeal to owners of the stainless steel Apple Watch, and fans of the sort of design luxury that chrome and leather can achieve when used cleanly together. Given the materials and look, Forté’s $10 premium over the decidedly aluminum HiRise strikes me as reasonable, and this is certainly one of the nicest $60 Apple Watch stands I’ve tested. That said, I wouldn’t be surprised to see a (more expensive) Forté Deluxe ship with an integrated charging puck and cable, eliminating at least one of Forté’s small imperfections. That’s just a guess, but based on Twelve South’s history of “good then better” releases, something I’m looking forward to seeing.