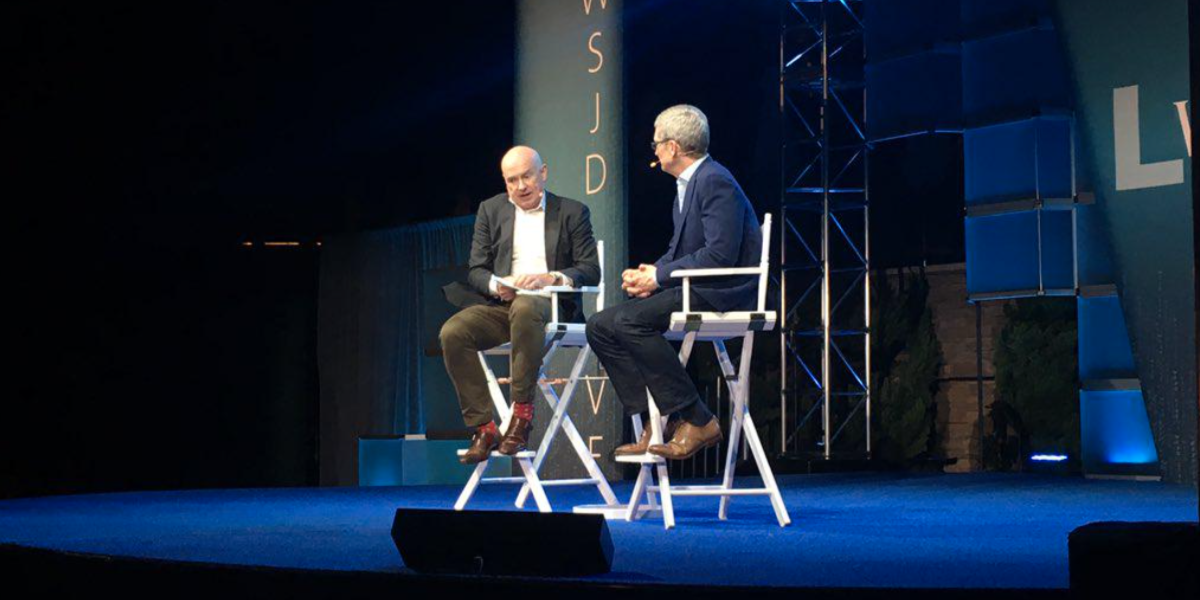 As expected, Tim Cook today took the stage at the Wall Street Journal Digital Live conference for an interview. During his time on stage, Cook discussed a variety of topics, ranging from iPhone to Apple Watch and to Apple Music. The main points are below:

First up, Cook was asked about Apple Watch sales. Apple has notoriously not officially offered up any sales numbers when it comes to the device, and when asked if it ever would, Cook said he doesn’t plan on it, saying the numbers would help competitors:

“We are not announcing the numbers. This is competitive information,” Cook said. “I don’t want to help the competition. We shipped a lot the first quarter, then last quarter we shipped even more.  I can predict this quarter we will ship even more.”

Regarding the future of Apple Watch, Cook said that perhaps the biggest area of growth for the device is the health aspect. “People love the health and fitness aspect of Watch,” Cook explained. “That’s certainly been true for me. The health aspect of the watch has a long product road map ahead of it.”

More interestingly, Cook was asked if there would ever be a Watch that doesn’t have to be connected to an iPhone. In his typical fashion, however, Cook only said, “I don’t want to tell you that.”

Regarding the iPhone, Cook was asked how Apple can speed up its innovation and if it feels like it needs to move away from the “S” release cycle. Cook responded, however, by saying the iPhone 6s has just as many innovations as the iPhone 6 did and that Apple feels pressure to innovate every year.

The interview then shifted focus to Apple Music. Cook announced that Apple Music has 6.5 million paying customers, a far cry from the 20 million Spotify has. Nevertheless, Cook said that people love the human curation aspect of the platform. For himself, Cook said that he was in a rut, listening to the same songs over and over before Apple Music was launched.

Next up, Cook discussed Apple TV. Most notably, the Apple executive revealed that the fourth-generation model will be available next week. Orders will start on Monday with the device shipping later that week. Cook called the current TV industry “terrible and broken” and explained that it has to be “brought up and modernized.” He went on to say that “the starting gun has been fired,” thanks to Apple. 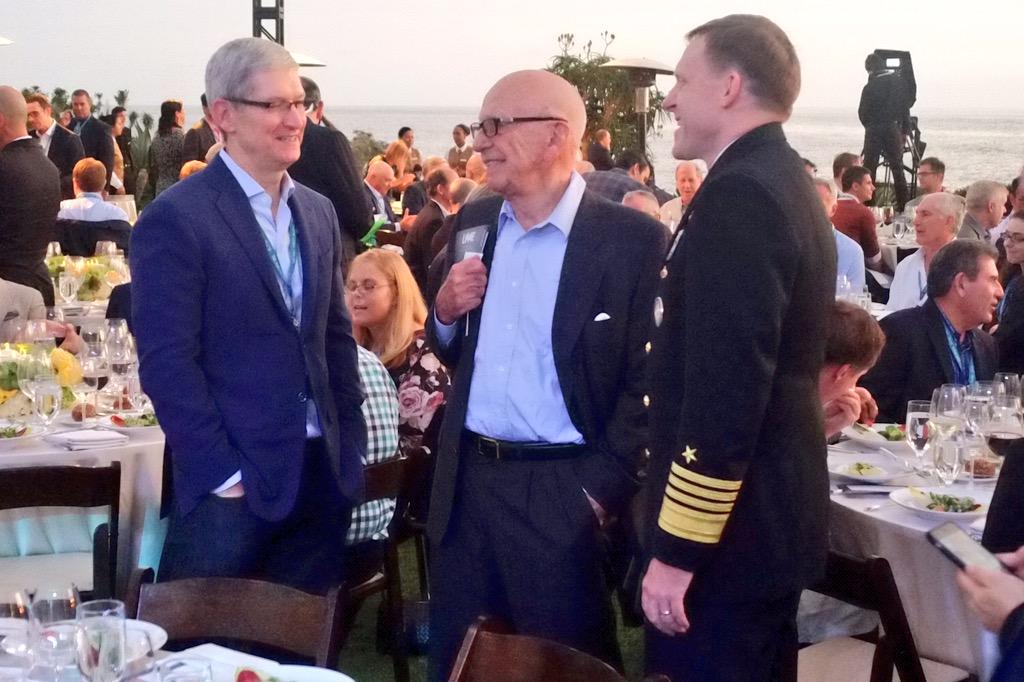 The Apple executive was then asked about cars, a market that the company is rumored to be entering before the end of the decade. Cook didn’t delve into too much detail, however, and rather focused on Apple’s existing CarPlay platform.

“When I look at the automobile, what I see is that software becomes an increasingly important part of the car of the future. You see that autonomous driving becomes much more important. It seems like there will be massive change in that industry. We want people to have an iPhone experience in their car. We look at a lot of things. Our model is to reduce that list to a few. We will see what we do in the future. I do think that industry is at an inflection point for massive change, not just evolutionary change.”

Cook was then asked about privacy and Apple’s relationship with the government. Cook explained that Apple will not make trade-offs in customer experience to save costs when it comes to privacy. He also noted, however, that Apple’s strong commitment to privacy holds it back when it comes to features like predicting locations and analyzing photos.

“We are not making a trade-off with customer experience. Our view is that you can have both. We think encryption is a must in today’s world. No back door is a must. You can’t have a backdoor that’s only for the good guys. Any backdoor is a door bad guys can exploit. No one should have to decide privacy or security. We should be smart enough to do both.”

Cook and the interviewer, Gerard Baker, then got into a debate over the possibility of a backdoor being a way to stop all crime. Baker argued that should there be a backdoor, crime would be greatly reduced. Cook, on the other hand, wasn’t buying it and defended his position that there is no reason for a backdoor. “If there was a way to expose only ‘bad’ people … that would be a great thing. But this is not the world,” said Cook. Baker even referenced 9/11, saying that had the FBI been able to construct a panopticon with total access to all information, it very well could have been prevented.

The final topic of the night was centered around Apple’s role in the public life. Cook explained the company’s role in the environment, human rights issues, education, and more. One reason Cook cited for wanting to take a role in public issue is that “government isn’t working well.”

“We’re a global company, so I think we have a responsibility to be a great global citizen. Each generation struggles with treating people with basic, proper human respect. It’s so bizarre, I think. I’ve seen this growing up. I’ve seen in today. I’d love to help be able to push the ball over the line. Because I think the world would be so much a better place if we just treated people well and treated them with basic human respect. We want to give back. Our culture is to leave the world better than we found it.”

“Steve formed Apple to change the world. This was his vision. He wanted to give technology down to everyone and empower everyone to use it. He wanted to take it out of the glass house, the corporations, the rich people that had the technology. That is still our drive.”

The WSJ then asked a somewhat bizarre question about whether Apple’s efforts to appeal to the mass market and take a stand on social issues would drive away some of its customers. Cook, however, said that that’s not a worry for Apple.

“If we piss a few people off, at least they’ll say, they made a great product, and I may not agree with this or that, but I respect that they’re trying to leave the world better than they found it. At least, that’s what I hope they’ll say.”