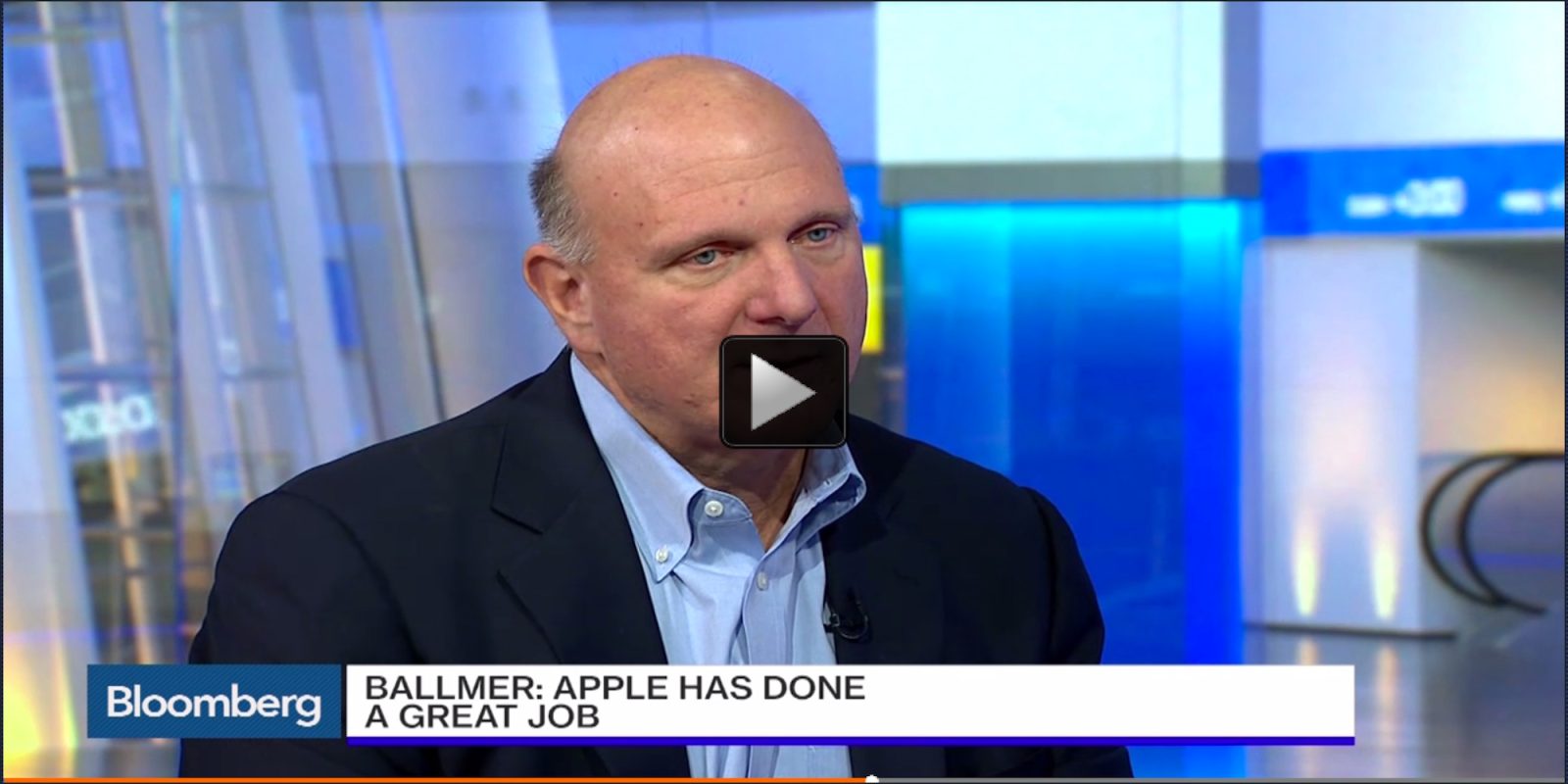 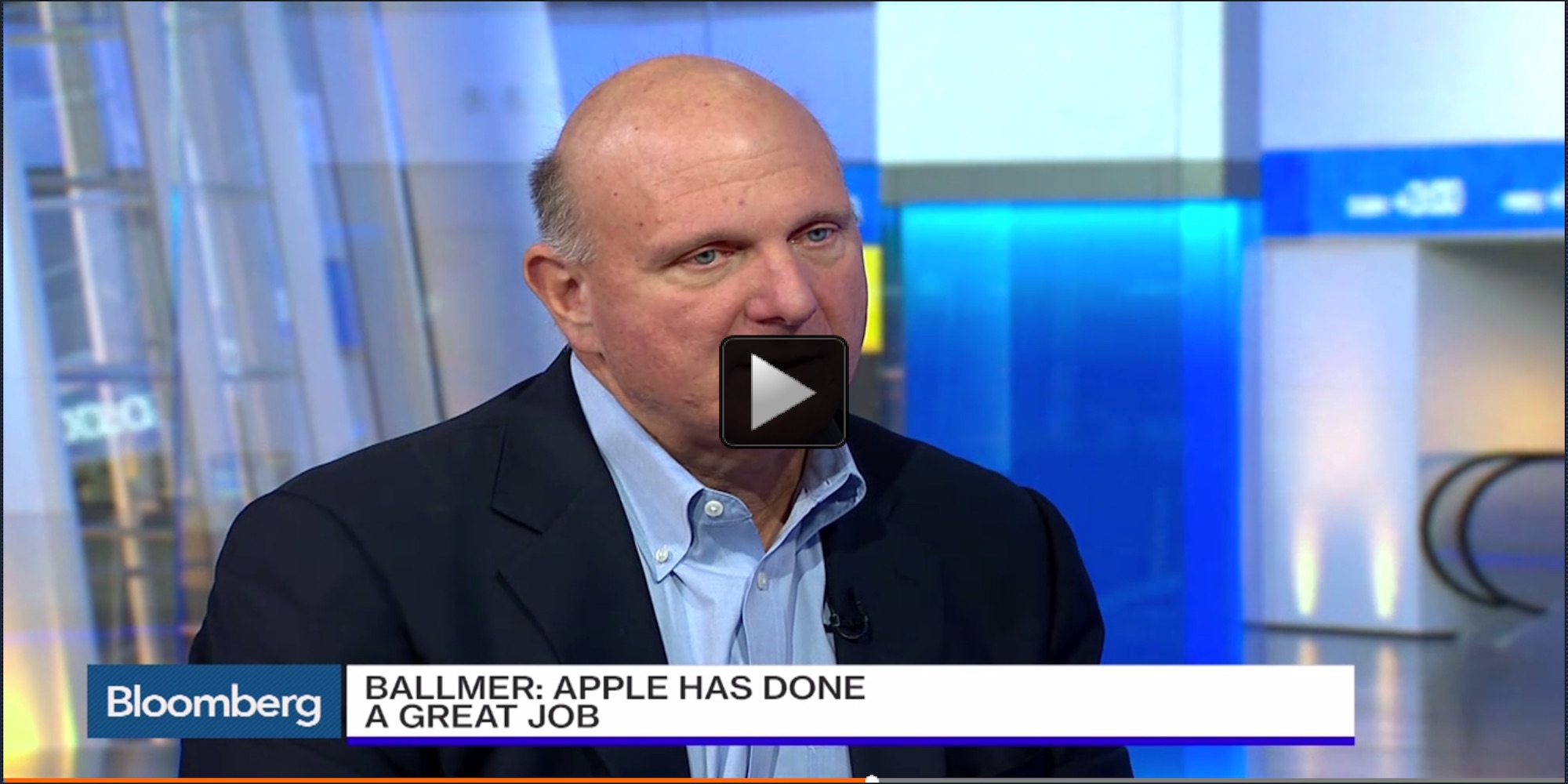 “In a way you could say that was the craziest thing we ever did.”
In a Bloomberg interview this morning former Microsoft CEO Steve Ballmer spent some time discussing competition with Amazon for talent in Seattle and then moved on to Apple and Tesla.

With regard to Apple, Ballmer first said that Apple has “done a good job” and took credit for saving Apple with an investment in 1997 when Steve Jobs returned – which was part of a patent lawsuit over Windows 95/stolen Quicktime code. Ballmer went on to describe the investment this way: “In a way you could say that was the craziest thing [Microsoft] ever did.”

Ballmer then moved to the current landscape where he said that Microsoft is the only company (in addition to Samsung) really competing with Apple with its SurfaceBook in a new category.

Ballmer currently is the owner of the Los Angeles Clippers basketball team and now owns around 4% of Twitter stock. The relevant clip can be found here with Apple conversation starting halfway through.