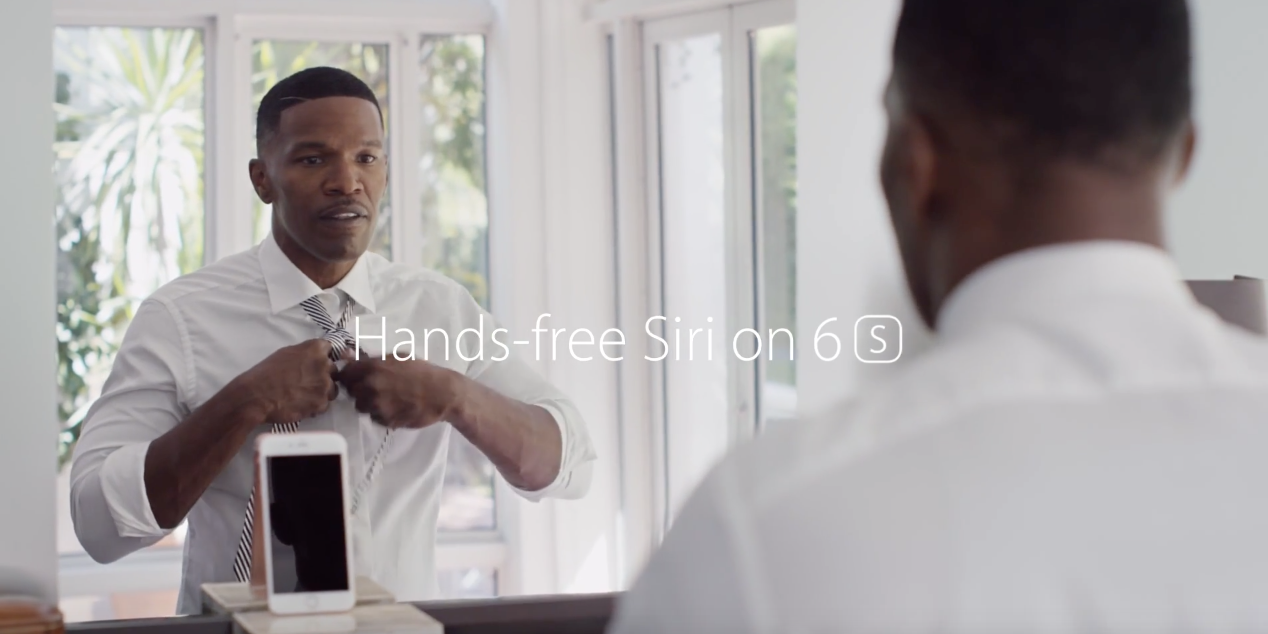 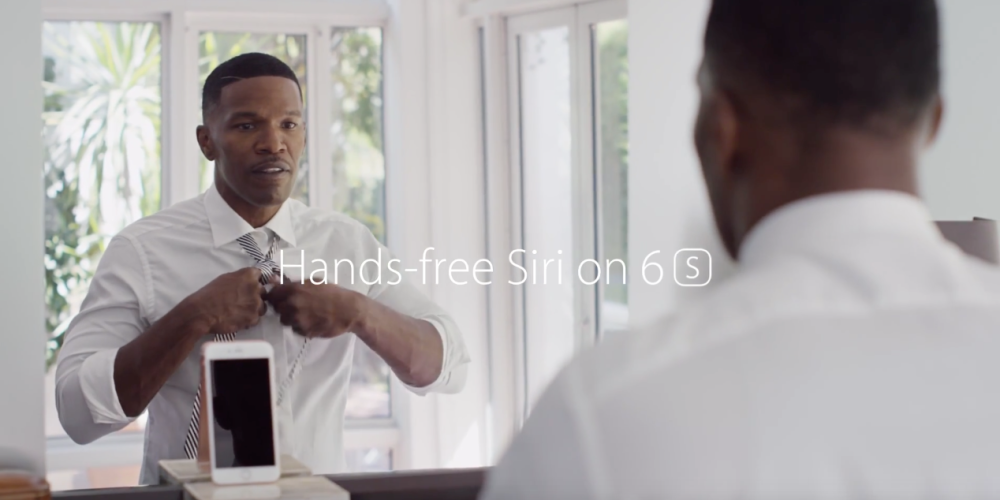 Apple today has shared three new advertisements for iPhone 6s to its YouTube channel. These new ads come just days after the company debuted seven new ads for Apple Watch. Today’s new iPhone 6s ads are called “The Camera,” “Crush,” and “Flip a Coin,” each highlighting a specific feature of the device.

“Crush” is a fifteen second ad spot that stars Jamie Foxx. Foxx appeared in Apple’s last wave of iPhone 6s ads highlighting Apple Music and 3D Touch. In today’s ad, Foxx is getting dressed in front a mirror and uses the “Hey Siri” functionality of iPhone 6s to ask how he looks.

The second ad shared today is called “The Camera” and is a one-minute clip. As you can guess by its name, the ad highlights all of the new camera features found on iPhone 6s, including front-facing Retina Flash and higher-quality selfies, 1080p slow-mo video, Live Photos, 4k video, and 3D Touch shortcuts.

“Flip a coin” also stars actor and musician Jamie Foxx and shows the star holding two movie scripts in his hand, trying to decide which film to choose. Foxx, unable to make a decision, then uses “Hey Siri” to ask the virtual assistant to flip a coin to help him decide.

Last week, Apple shared a single new iPhone 6s ad that focused on 3D Touch and also starred Jamie Foxx. The ad used the tagline “The only thing that’s changed is everything.”