You can buy the Apple TV from today in Apple Stores, Best Buy, MacMall & other retailers 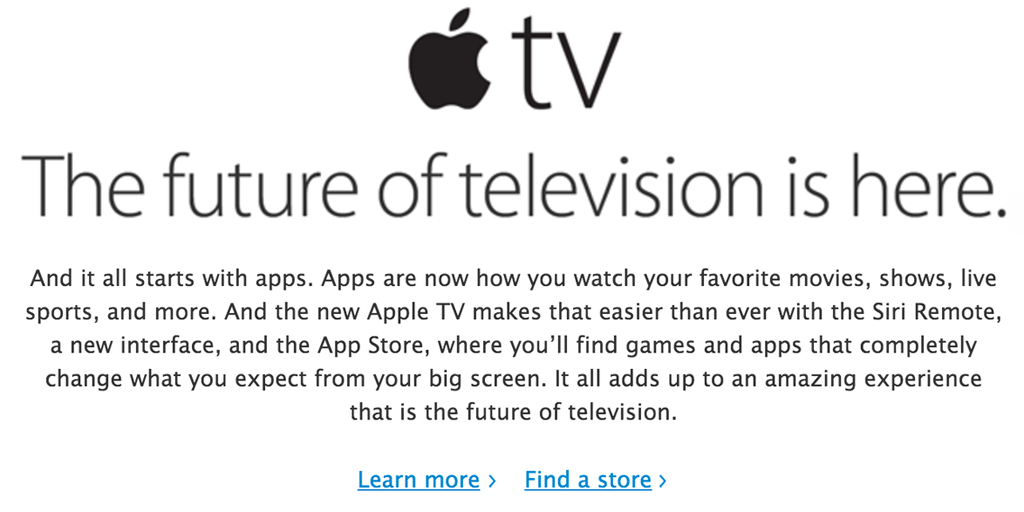 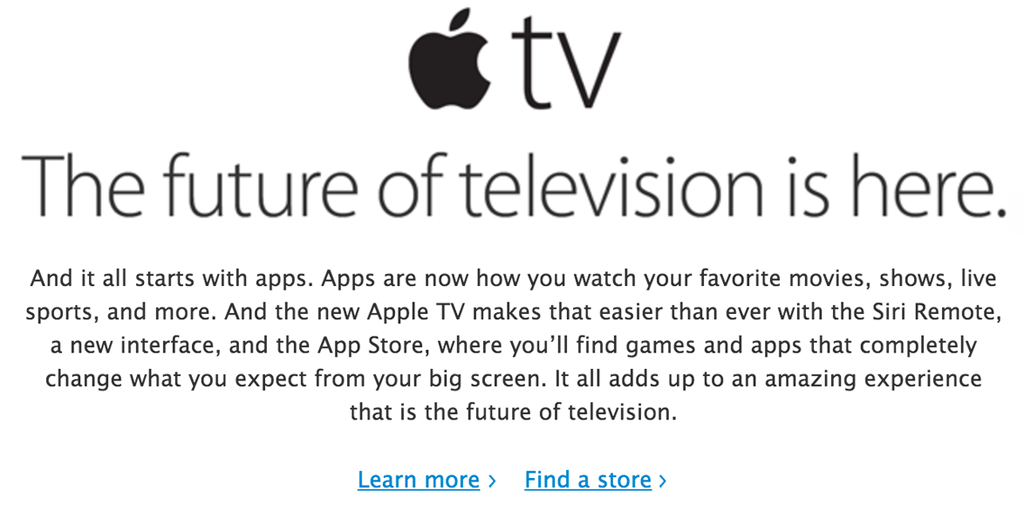 Apple has confirmed our report that the Apple TV is available in its retail stores from this morning, with Best Buy, MacMall and Target also having limited stock available for pickup starting today.

Apple has sent an email to some customers promoting the 4th-generation Apple TV as ‘the future of television,’ highlighting apps, Siri remote and the new user interface. Apple’s email contains links to both the online store and retail store-finder.

If you’re planning to pick one up, you’ll need to choose between the two models available …

Apple offers a choice of a 32GB model at $149 or a 64GB one for $199, with the 32GB model likely to be adequate for most. While the App Store has not yet officially launched, developers using pre-release models have been able to search for apps.

Eddy Cue said yesterday that Apple TV had graduated from a hobby, confusingly saying that the company had sold over 20M of the earlier models, in contrast to the 25M number given by Tim Cook during the recent earnings call.

If you’ve already decided to buy one, you may want to check out our roundup of the best accessories for the device over at 9to5Toys. If you’re still undecided, a review roundup and hands-on video may help – though one common complaint in reviews is already being addressed by Apple.