How big is the iPad Pro display resolution? The iPhone 3G screen fits between the app icons 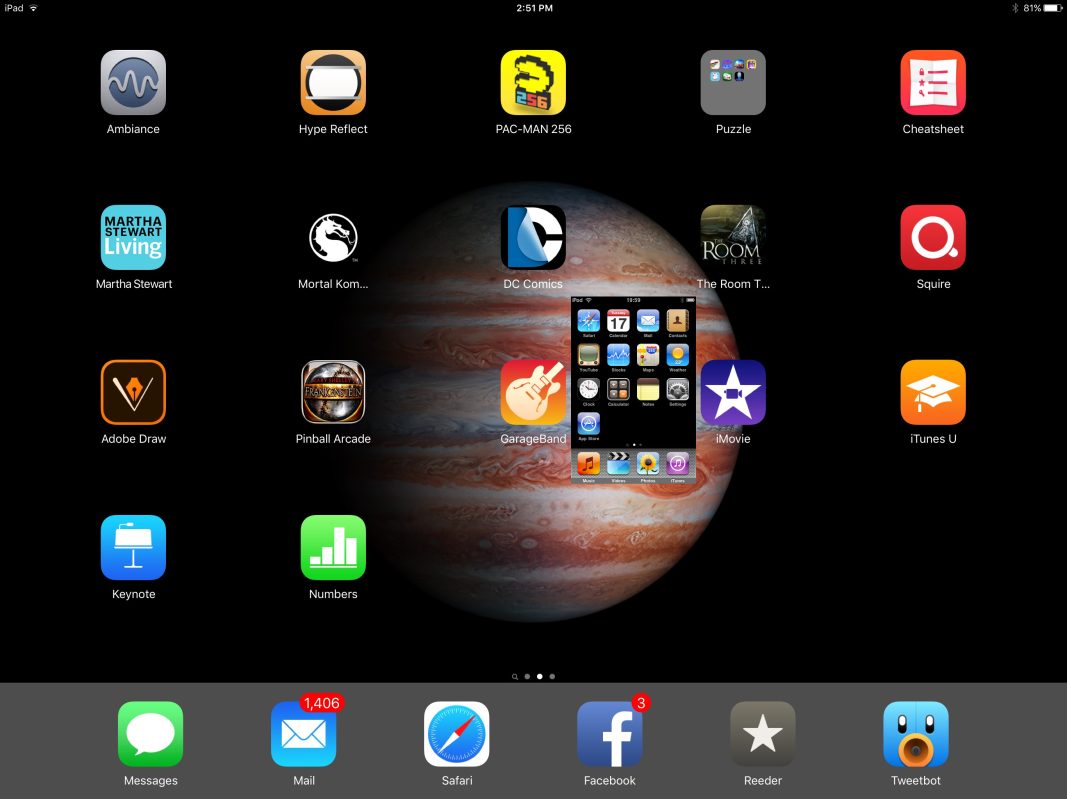 The iPhone fits between the app icons.
Comments (20) 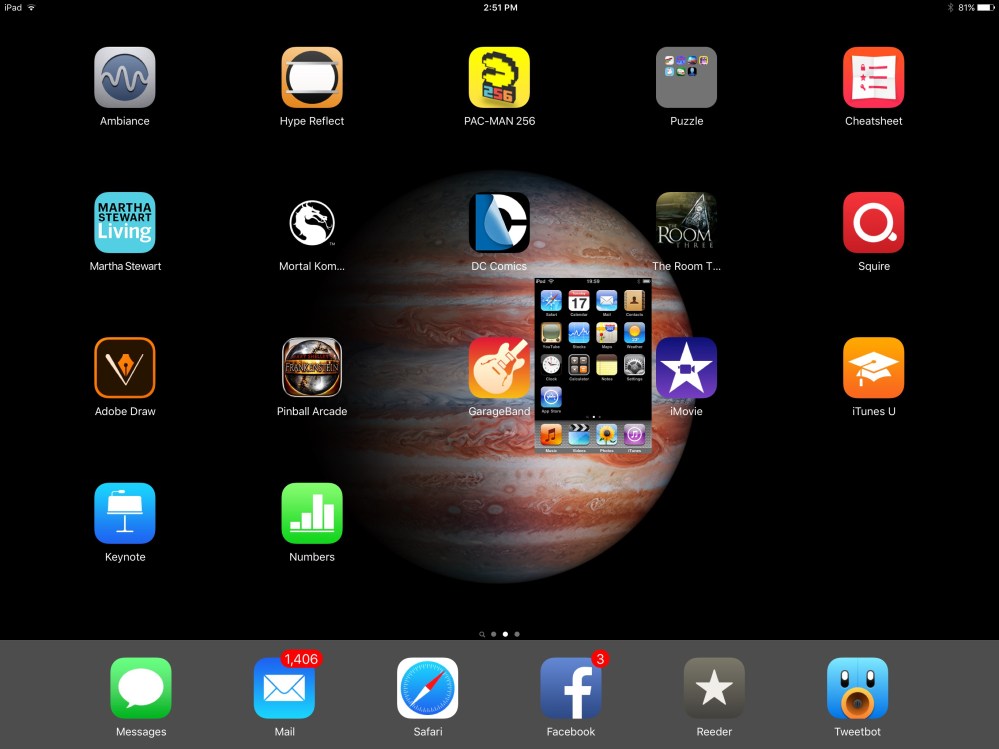 Just how big is that 12.9-inch iPad Pro’s Retina display pixel-wise? Dennis Moore pointed out on Twitter that the gaps between app icons on the iPad Pro is actually larger than the entire width of an original iPhone or iPhone 3G screenshot. What you see above is a 1:1 comparison of the iPhone pixels overlaid on top of the iPad Pro home screen. The 2732×2048 screen resolution of the iPad Pro dwarfs the 320×480 iPhone display, which was actually considered a high-resolution just five years ago.

Admittedly, this is only possible because Apple didn’t add extra rows or columns to the Home Screen on the Pro compared to normal iPads. Many people who have iPad Pro’s have complained that the view is too spacious, and would prefer more icons per line.

You can actually fit over 30 original iPhone displays, in terms of pixel area, on an iPad Pro screen canvas. Obviously, in terms of actual physical size, the measurements are very different due to the massive discrepancy Retina displays have on pixel density. Below you can check out one more comparison, which fits an iPhone 3G screenshot, an iPhone 4 screenshot, an iPhone 5 screenshot and a first-generation iPad all in the same row. Funny to think that the original Mac was 512 × 342 — one app icon is bigger than that today.

The iPhone fits between the app icons.

If you are interested in a comparison of physical dimensions, then the difference is still striking. Here’s the original iPhone (3.5 inch screen) versus the iPad Pro (12.9 inch screen) … you can probably fit about nine in total.