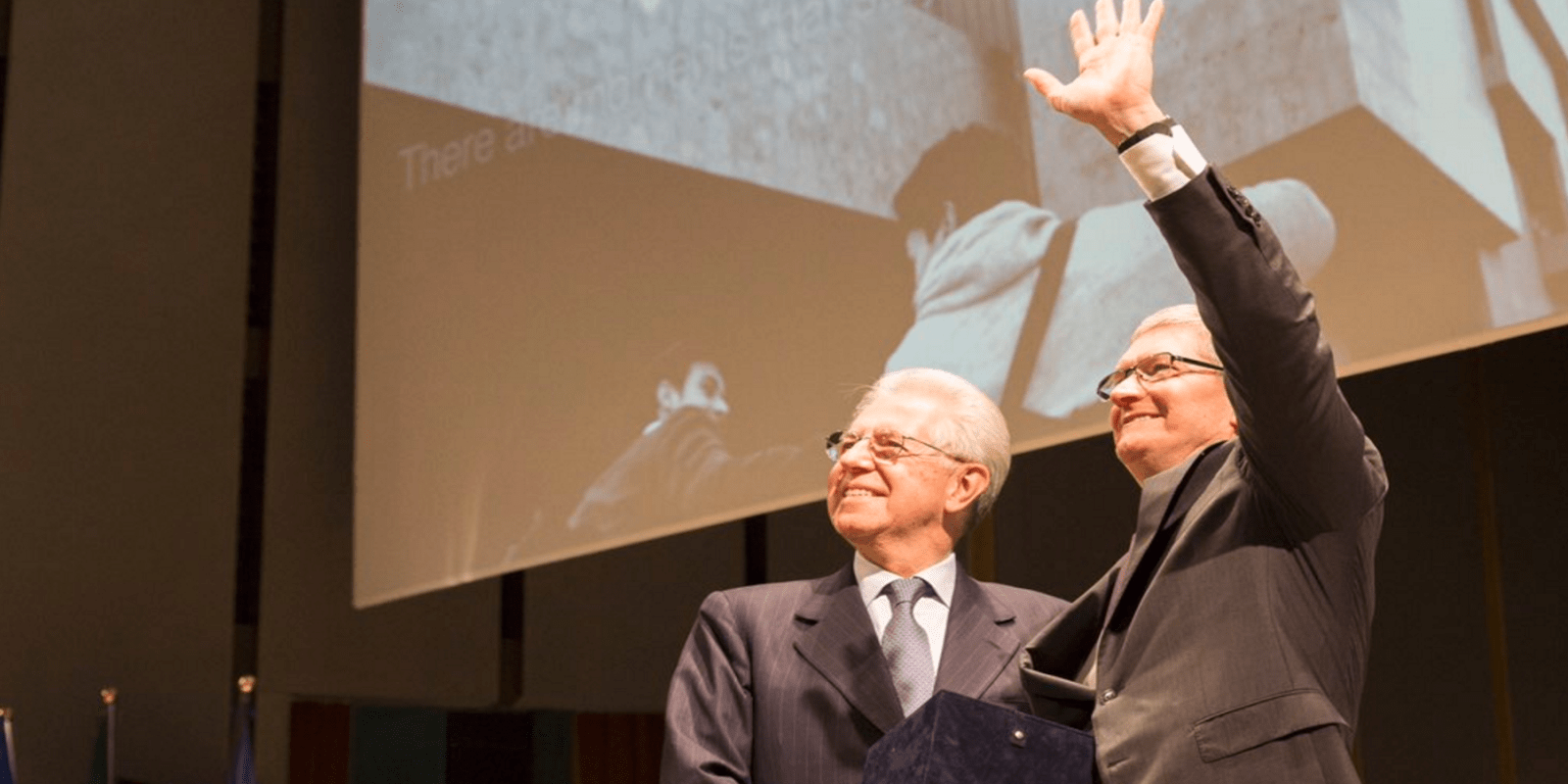 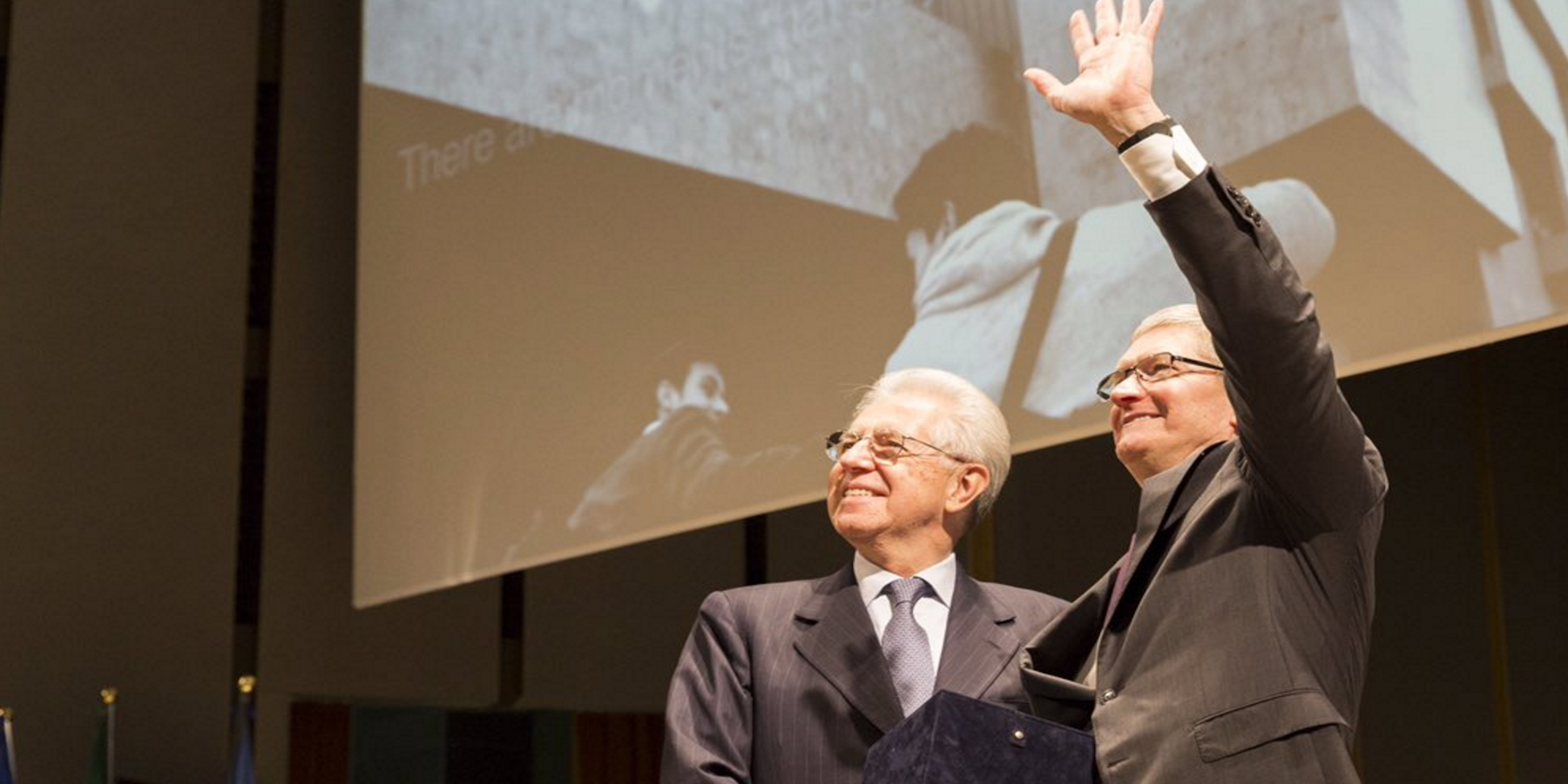 During his current tour to various locales abroad to accompany the launch of iPad Pro this week, Apple CEO Tim Cook stopped by Università Bocconi in Italy to deliver an inspiring speech to students.

The majority of Cook’s speech focused on his time as a student, but he also took time to talk about the importance of his mission to not just make money at Apple but to “leave the world better than we found it.”

“Back when I was in business school, I didn’t realize, and didn’t find out for many years, that you can express your values through your work… you can even, if you found or started the right company, use those values to make a mark on the world…. I found it at Apple…. Today I’m proud to be part of a company that wants to leave the world better than we found it.”

And Cook also spoke passionately about diversity in business and at Apple. “I believe the best companies in the world, will be the most diverse,” Cook said. “This is a place where cultures, languages, and nationalities converge, and that’s fitting, because the same will be true of so many of the companies you’ll work in the future. I know it’s true at Apple.”

Cook pointed out that Apple’s Senior Vice president and Chief Financial Officer Luca Maestri, an Italian native, was in attendance.

Lastly, the Apple CEO made a point of highlighting the importance of businesses investing in renewable energy:

“We’re currently running on 87% renewable energy worldwide and we’re not going to stop until we reach 100%… an Apple that is carbon neutral… so we’re investing with our suppliers to help them run on clean energy as well… we and our suppliers in China are on track to build out over 2 gigawatts of clean energy by 2020. That’s enough to power 2.6 million Chinese homes.”

You can watch Cook’s full speech to students in the video below: