During his current tour to various locales abroad to accompany the launch of iPad Pro this week, Apple CEO Tim Cook stopped by Università Bocconi in Italy to deliver an inspiring speech to students.

The majority of Cook’s speech focused on his time as a student, but he also took time to talk about the importance of his mission to not just make money at Apple but to “leave the world better than we found it.” 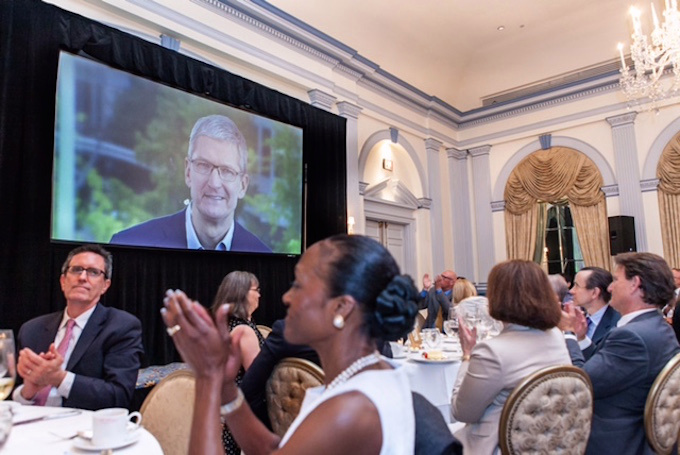 While speaking at the Electronic Privacy Information Center’s (EPIC) Champions of Freedom Awards Dinner yesterday night, Apple CEO Tim Cook gave a speech during which he addressed the ongoing issues that surround privacy in the technology space. Cook, who was not physically in Washington D.C. for the event but rather spoke remotely, commented on both the steps Apple takes at ensuring customer privacy and how other companies are failing at the same task (via TechCrunch).

END_OF_DOCUMENT_TOKEN_TO_BE_REPLACED 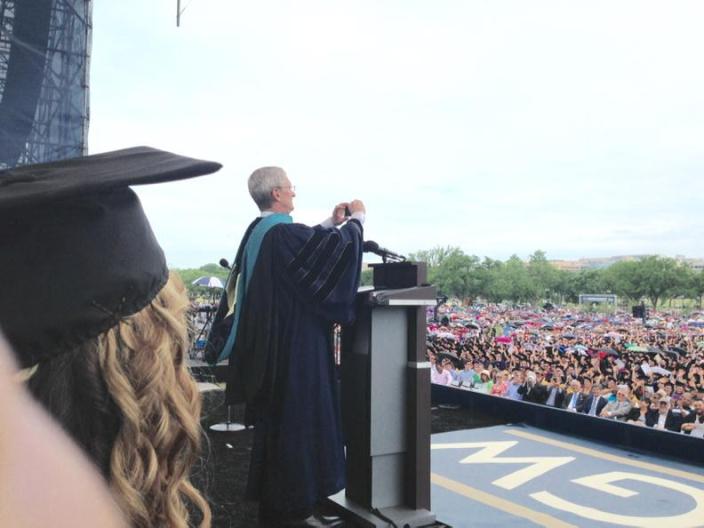 As expected, Tim Cook this weekend gave the commencement address at George Washington University’s graduation ceremony. Cook, who also received an honorary doctorate for public service during the ceremony, was selected by the university after being suggested by students.

END_OF_DOCUMENT_TOKEN_TO_BE_REPLACED END_OF_DOCUMENT_TOKEN_TO_BE_REPLACED

During President Obama’s live remarks addressing the government shutdown and Obamacare site outages today, the U.S President compared the issues with healthcare.gov to an Apple product launch (via WashingtonPost):

Now, like every new law, every new product roll-out, there are going to be some glitches in the sign-up process along the way that we will fix. I’ve been saying this from the start. For example, we found out that there have been times this morning where the site’s been running more slowly than it normally will.

And we’re going to be speeding things up in the next few hours to handle all of this demand that exceeds anything that we had expected. Consider that just a couple of weeks ago, Apple rolled out a new mobile operating system, and within days, they found a glitch, so they fixed it. I don’t remember anybody suggesting Apple should stop selling iPhones or iPads or threatening to shut down the company if they didn’t. That’s not how we do things in America. We don’t actively root for failure. We get to work, we make things happen, we make them better, we keep going.

He is of course referring to the release of iOS 7.0.2 last week, which brought fixes for a lock screen passcode bypass flaw and other small issues.