A number of special (RED) versions of Apple products are featured on the RED.org website as well …

In addition to the red iPhone 6s leather case noted yesterday, the project features a (RED) version of the Beats Solo2 headphones as its headline product. The technology section also includes (RED) models of the iPod shuffle, nano and touch, plus iPad Air Smart Cover and iPad Air 2 Smart Case.

Apple’s website currently has (RED) as the first of five features in its homepage carousel, the others being its Christmas ad, gift-finder, iPad Pro and iPhone 6s. 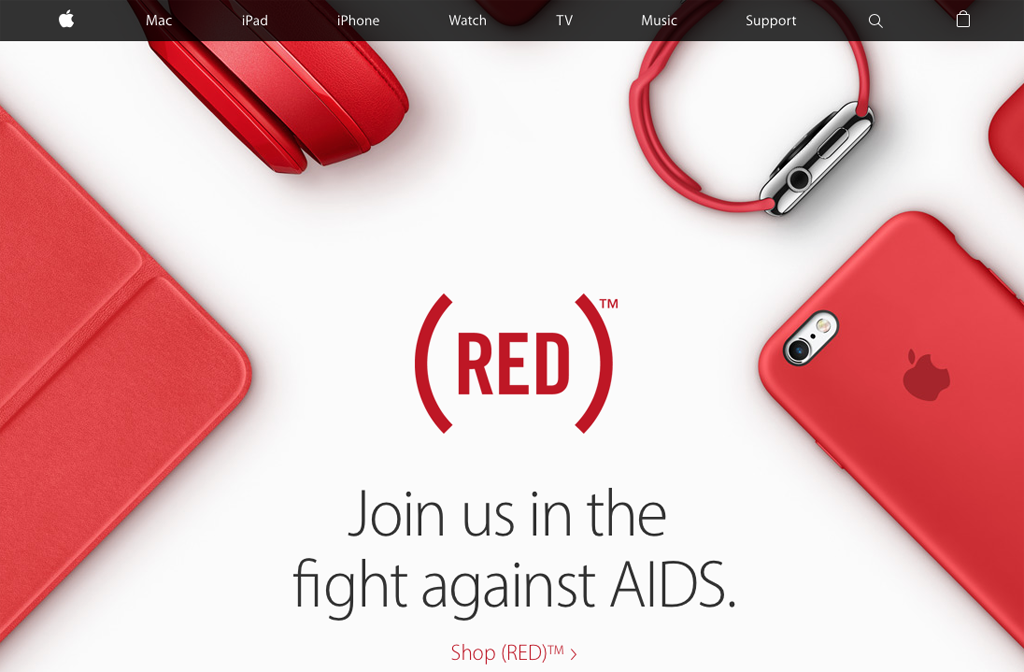 If you’re confused by the various versions of (PRODUCT)RED and (RED) brandings, it’s all to do with a compromise reached with Steve Jobs …

It’s not just the Apple Store either. The iPhone and iPad App Store is also featuring a collection of Supercell games, namely Boom Beach, Clash of Clans, and Hay Day, with (RED) packs to raise money for the initiative.