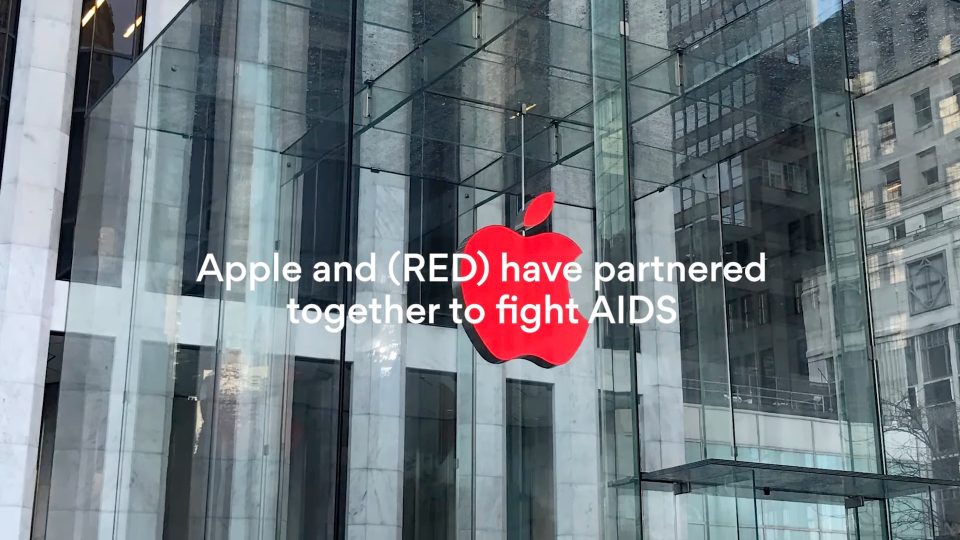 Apple last month celebrated 15 years of partnership with (RED), an organization that raises awareness in the fight against AIDS. Now the organization itself has decided to celebrate all the years working together with Apple in a new video highlighting some of their accomplishments.

END_OF_DOCUMENT_TOKEN_TO_BE_REPLACED

Apple is celebrating 15 years of its partnership with (RED), the organization that fights to end AIDS. Through support to the Global Fund, it provides access to healthcare services in communities most in need in sub-Saharan Africa.

END_OF_DOCUMENT_TOKEN_TO_BE_REPLACED 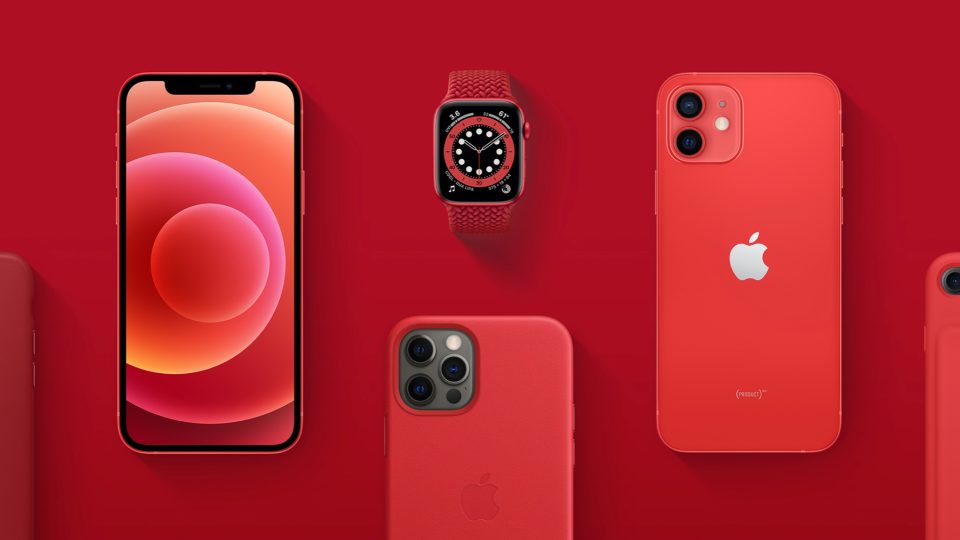 As the pandemic is still a problem in many parts of the world, Apple is extending its partnership with (RED) and it will continue to redirect 100% of eligible proceeds of its PRODUCT(RED) devices and accessories to the Global Fund’s COVID-19 relief efforts from now until December 30.

END_OF_DOCUMENT_TOKEN_TO_BE_REPLACED

Motorola MA1 in stock at Amazon from its manufacturer [U: Back again] 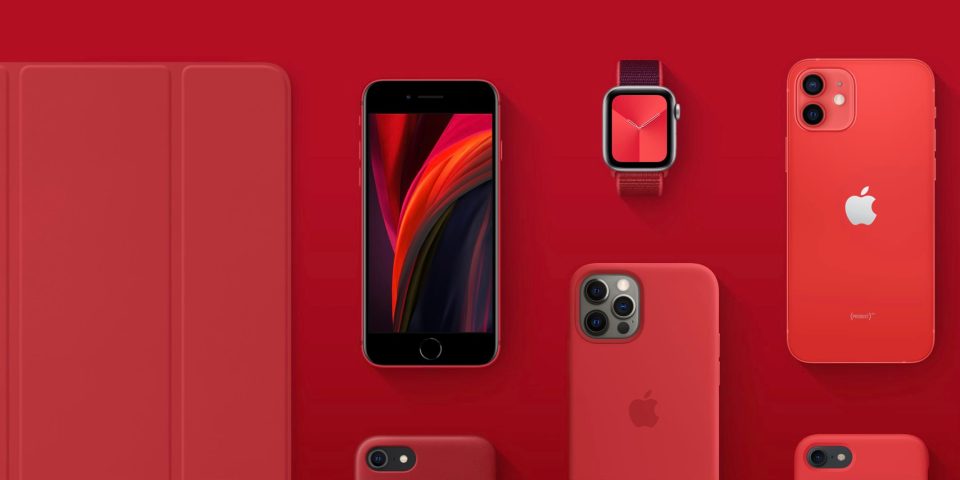 Apple’s PRODUCT(RED) devices have taken center stage on the company’s website today. In partnership with (RED), Apple has announced that it will be redirecting 100% of eligible proceeds of its PRODUCT(RED) devices and accessories to the Global Fund’s COVID‑19 relief efforts from now until June 30.

END_OF_DOCUMENT_TOKEN_TO_BE_REPLACED 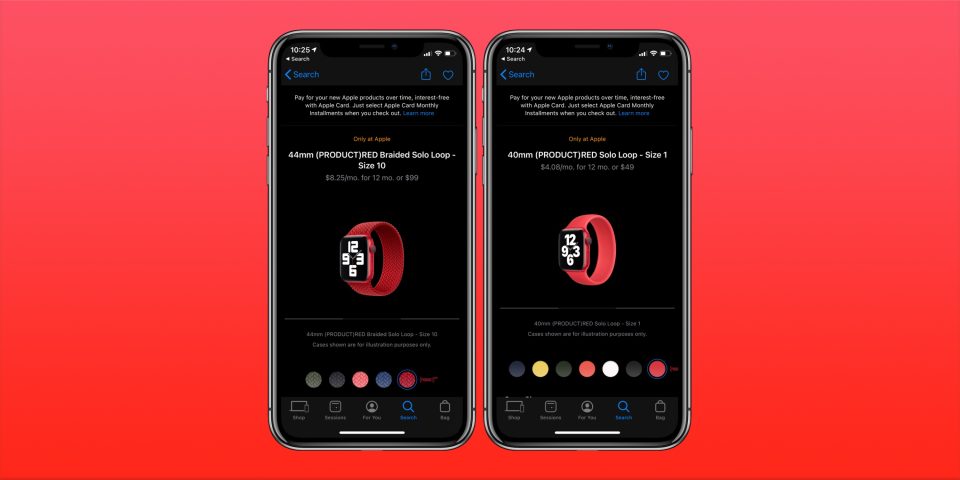 Apple’s newest products announced during its September Apple Watch and iPad event are now available to order. That includes the iPad Air and PRODUCT(RED) Solo Loop and Braided Solo Loop that feature a seamless, minimalist design.

END_OF_DOCUMENT_TOKEN_TO_BE_REPLACED

A number of special (RED) versions of Apple products are featured on the RED.org website as well …  END_OF_DOCUMENT_TOKEN_TO_BE_REPLACED

Add a World AIDS Day sticker – or geofilter – to a Snapchat photo today, and The Bill and Melinda Gates Foundation will donate $3 to (RED). The LA Times reports that it hopes to raise as much as $3M from the initiative – something that could be achieved if just 1% of Snapchat users joined in.

You can also raise $3 by sharing a themed video clip on Instagram.

If you’re willing to part with a little cash, donating to the cause will buy you entry into one or more of a range of competitions with prizes like a bike ride through Central Park with Bono, a trip to the Games of Thrones set and meeting Snoop, Jimmy Kimmel, George Clooney, Matt Damon and more.

Apple is also joining in, with an iPhone 6s leather case in (what else) red.

As we noted earlier this week, Apple is now offering a one-day-only deal on its products for Black Friday. Customers who purchase qualifying Apple products will receive a (PRODUCT)RED iTunes gift card valued from $25 to $100 depending on the product.

Below you’ll find a full list of the qualifying products for each denomination:

Apple is also donating the proceeds from many specially-marked iOS apps to the Global Fund to Fight AIDS until December 7th.

Better yet, save 25% on an iTunes gift card without buying any new hardware. We’ve been posting the best Apple deals on 9to5Toys throughout Thanksgiving and Black Friday. After three years without a substantial update and several months of teasing and promoting, Apple has finally announced that tomorrow it will begin selling the newly designed and more powerful Mac Pro it first showed off at WWDC back in June. (Full press release below.)

We have begun manufacturing the Mac Pro in Austin. It’s the most powerful Mac ever. Orders start tomorrow. pic.twitter.com/Jrd1Gic3Ya

The road was certainly not rapid between update cycles with two years of nary a word on whether or not the Mac Pro line had any life left in it and a full year of teasing and promoting the 2013 model being released tomorrow. Let’s take a look at the Mac Pro saga that led to today’s debut… END_OF_DOCUMENT_TOKEN_TO_BE_REPLACED

It’s unclear whether Mr. Fadell was the buyer at either auction, but both photos suggest he is the owner of both one-of-a-kind treasures from the company he helped build strong in the early 2000’s.

Update 12/13/2013: A day and a half following the original tweets showing Tony Fadell photographed with the auctioned products, Mr. Fadell has clarified that he is not the owner of either.

The Charlie Rose Show has tweeted that Jony Ive and Marc Newson are interviewed on the show, which aired last night in some markets and is shown tonight in others.

The two previously appeared in a five-minute video talking about the items they designed for tomorrow’s charity RED auction, which include special editions of the Mac Pro and Leica M camera, and an aluminum desk …  END_OF_DOCUMENT_TOKEN_TO_BE_REPLACED

You may have already read Apple Senior VP Jony Ive and designer Marc Newson discussing their design pieces of the Sotheby’s Product(RED) auction, and now you can watch them go into more depth in the above video. The designers focus on pieces such as a brushed aluminum table and Ive touched upon the prototyping and manufacturing process that went into the Leica camera. Besides those items, the pair redesigned some Apple products such as a Red-colored next-generation Mac Pro. (Warning: Bono gets NSFW at the end).