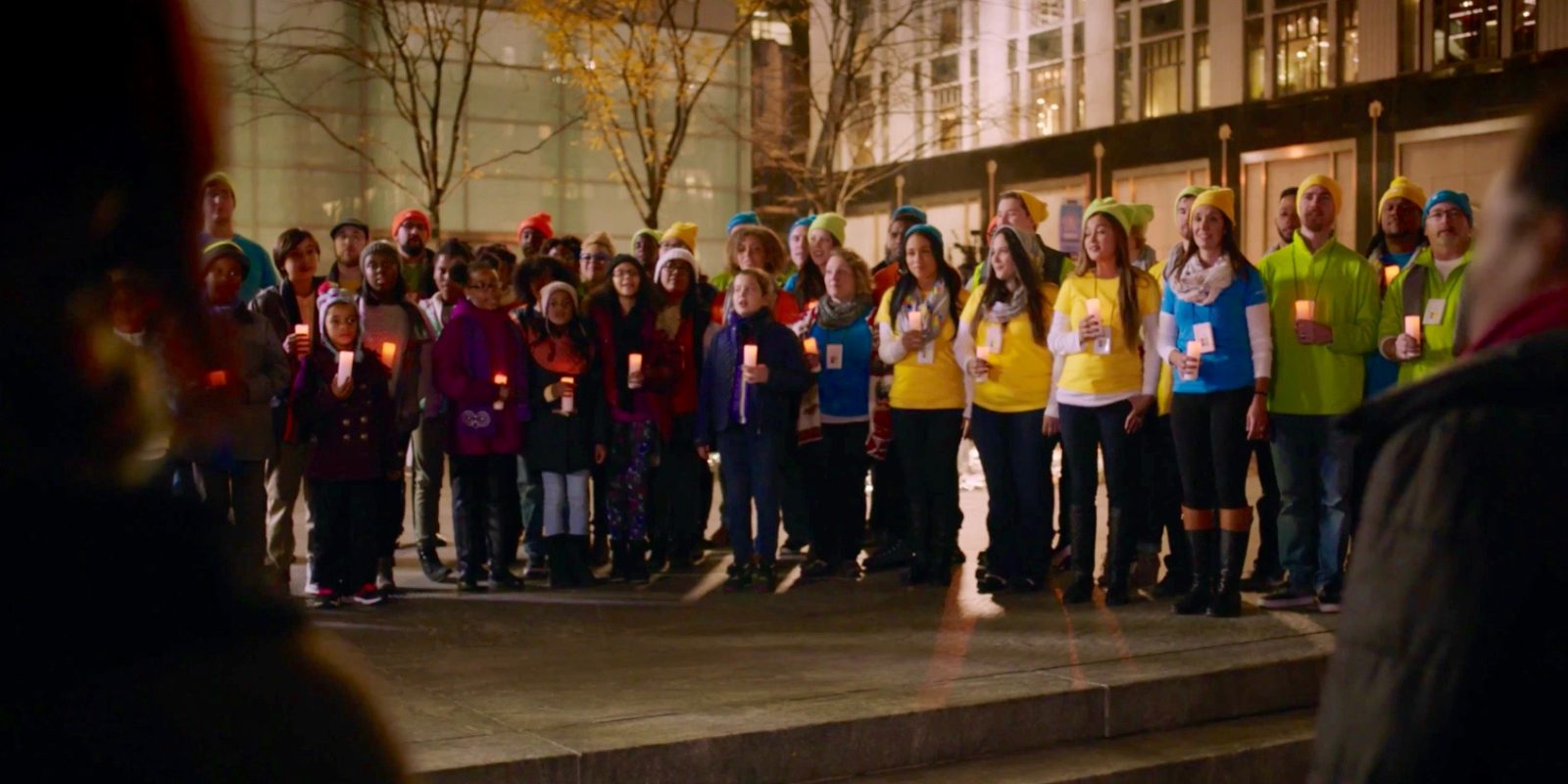 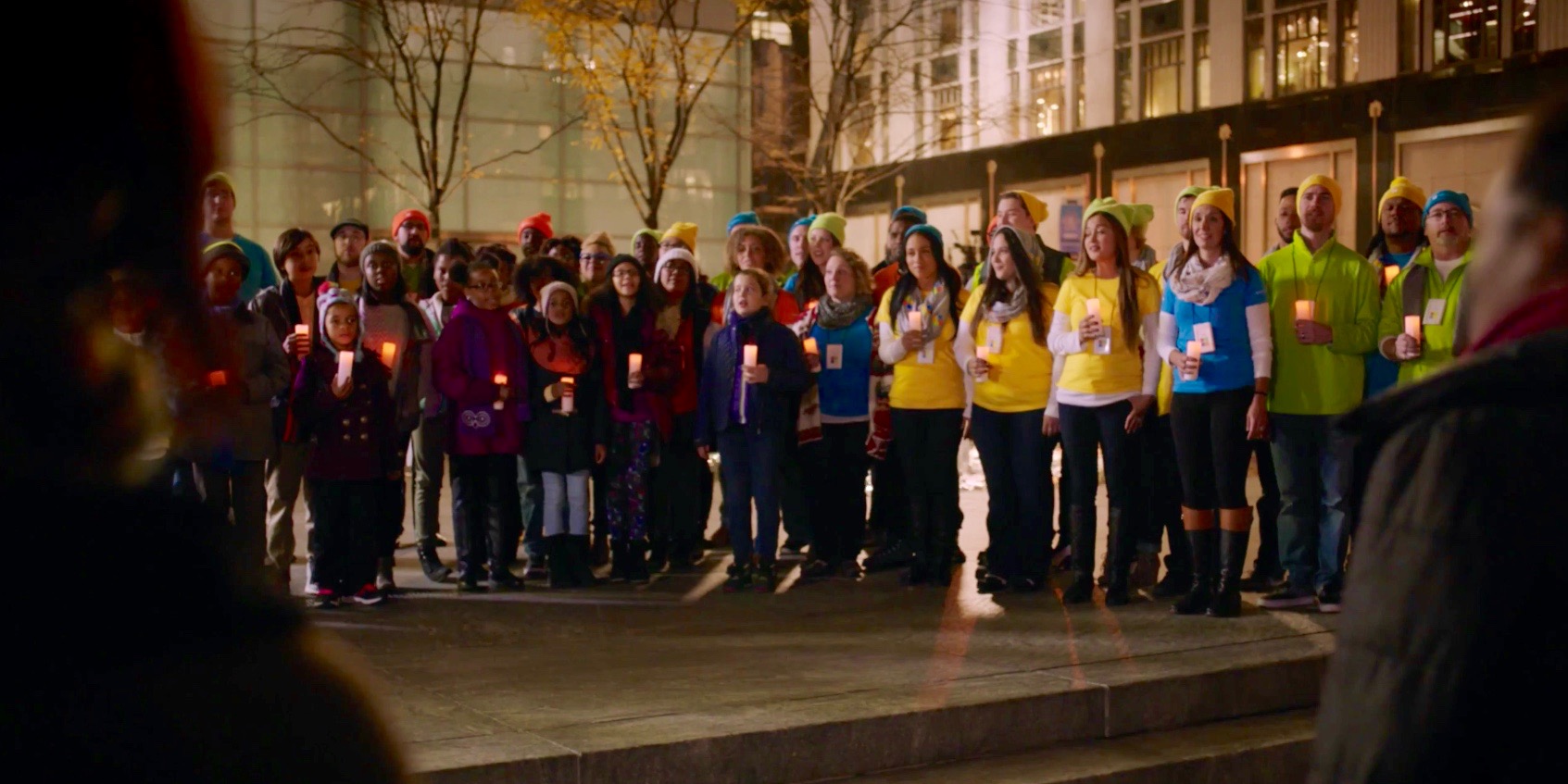 While Apple’s Christmas ad brought Stevie Wonder and Andra Day together this year for a warm performance of ‘Someday at Christmas’, Microsoft decided to take to the cold streets of New York City this year for their holiday commercial … right in front of the iconic 5th Avenue Apple Store. Taking a rather cheeky approach to celebrating the season while naming the competition, Microsoft Store employees from a nearby location traveled down the block to sing ‘Peace on Earth’ to “some old friends” decked in red shirts … Apple Store employees.

Some look a bit cold and others maybe bored, but most of the Apple Store folks appeared to be good sports about the whole stunt. It doesn’t hurt that the Microsoft Store employees delivered the song quite beautifully. Maybe there’s a future career on Apple Music or Beats 1 calling? 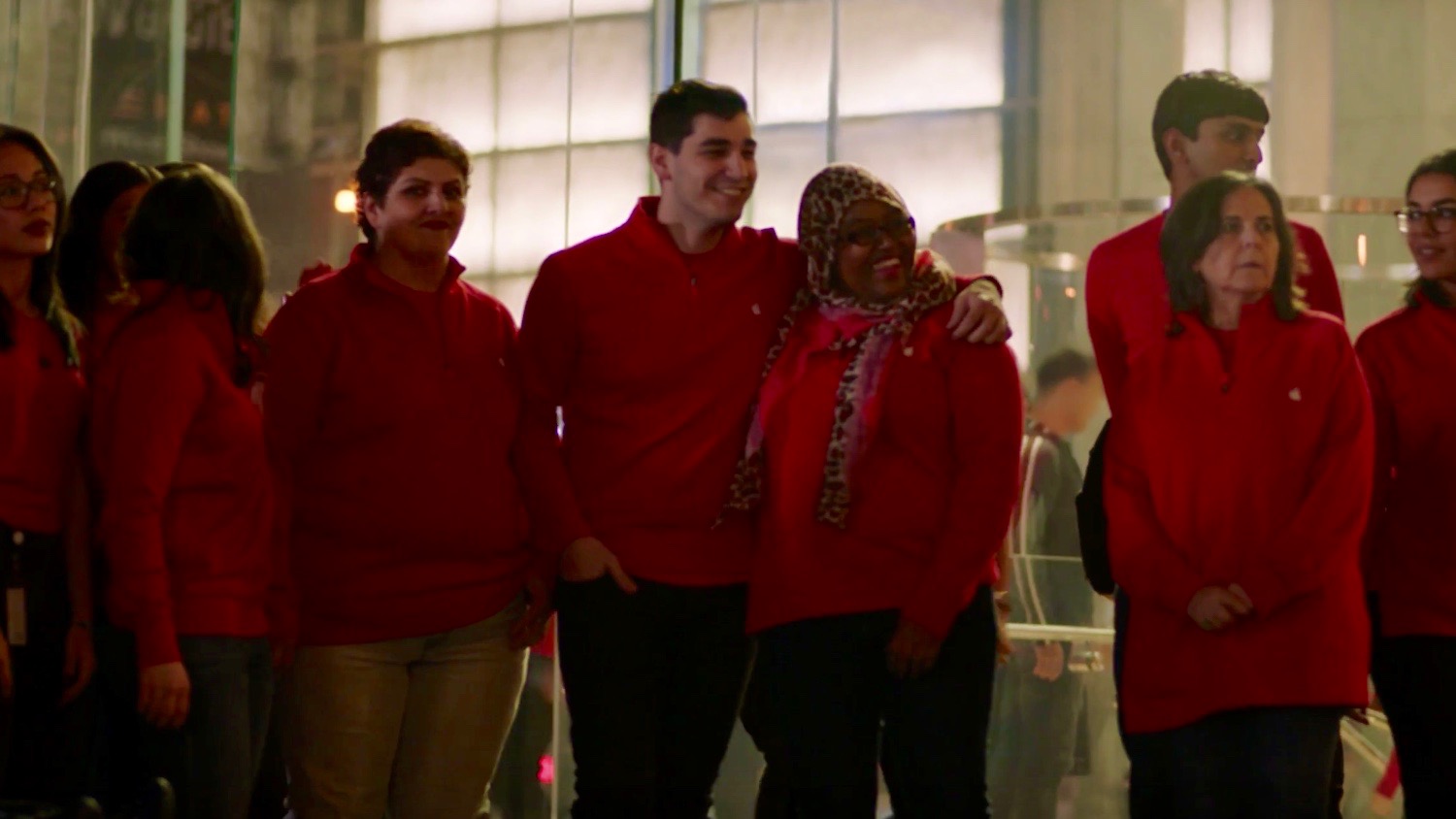 Of course, the rivalry between Microsoft and Apple is a lot more complicated than the old days of Steve Jobs versus Bill Gates. Now iPads are displayed in Apple Stores with Microsoft Office apps installed and the Office team took Apple’s stage at the last big event. Still, Apple CEO Tim Cook doesn’t hold back when talking about Microsoft’s iPad+MacBook competitors with the “compromised” Surface tablet and Surface Book hybrid.

Check out the full ad below (you can even watch it in 4K if you’ve got a new iMac!) and let us know what you think. Too cheesy or a class act?