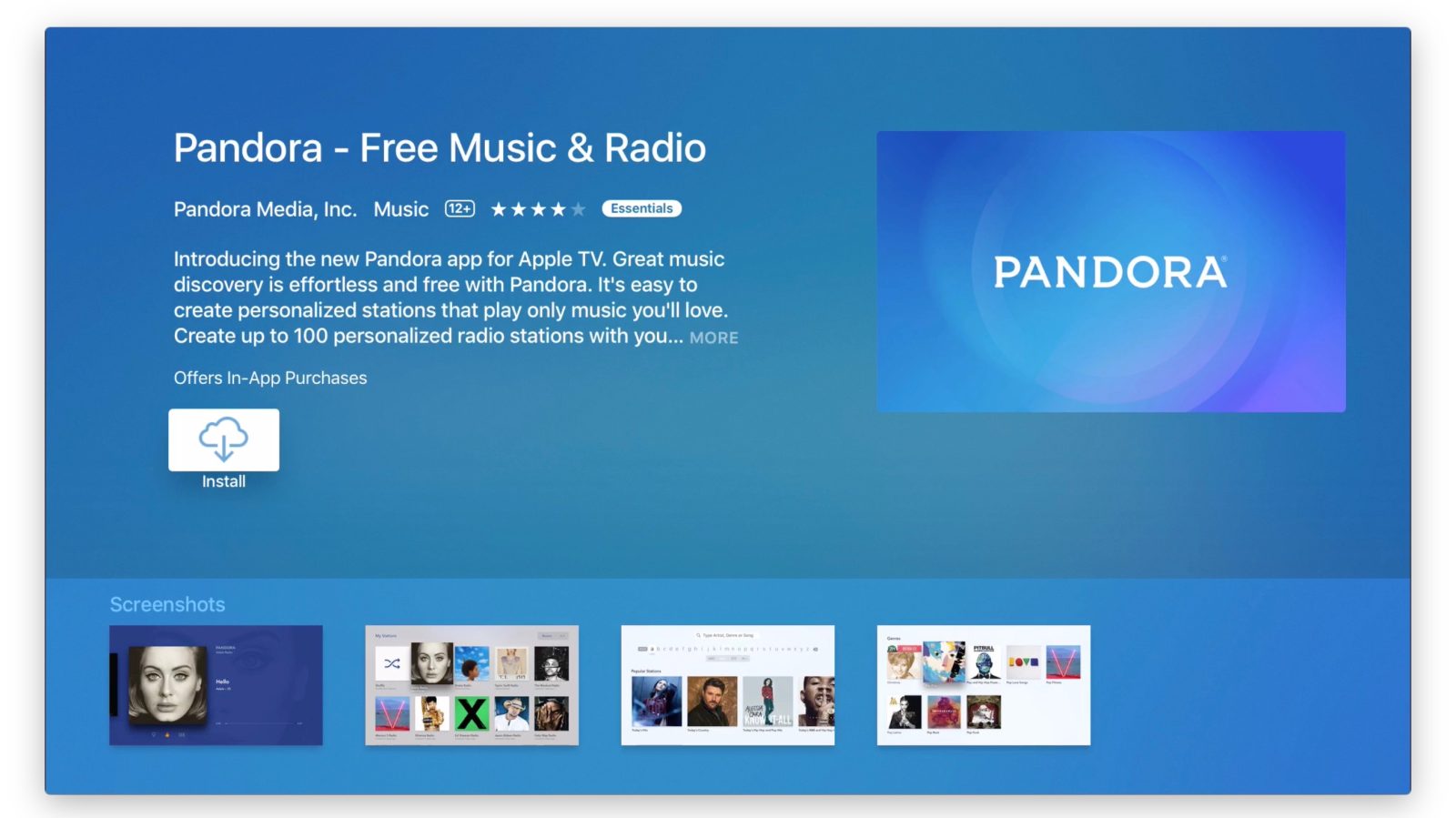 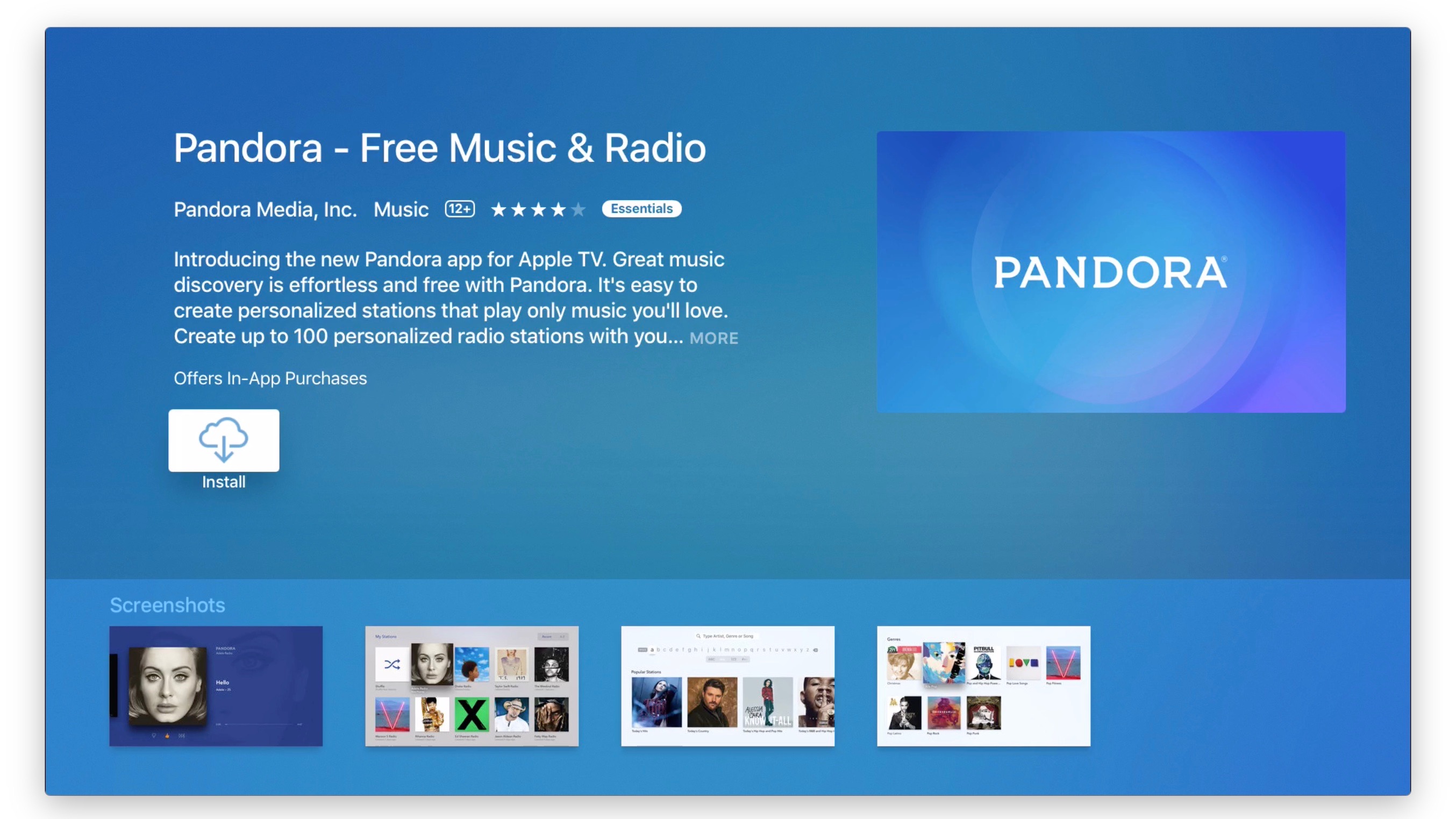 There’s a lot happening around the new Apple TV in the news this week. Just yesterday Apple released the first feature update to the tvOS software with version 9.1, adding Siri support for Apple Music plus Apple’s Remote app now works for both navigating and text input. But recent reports claim Apple’s rumored web TV package has been stalled during the deal-making process between Apple and the content providers. And while the expected content bundle seems further off than what was previously expected, new content including Pandora Radio is continuing to launch on the new Apple TV…

Following yesterday’s tvOS 9.1 release, Apple issued a small update to its Remote app for iPhone and iPad that highlights the newly added support for the 4th-gen Apple TV. The update does not yet optimize resolution for the new iPad Pro and multitasking isn’t supported, but it may resolve lingering bugs that were experienced yesterday.

Apple’s Eddy Cue shared earlier today that the company is developing a new version of the Remote app that includes features from the new Apple TV’s Siri Remote, which will be due out in the first half of next year.

Also new to the Apple TV 4 is Pandora Radio (pictured above). Yesterday the iOS app updated on iPhones and iPads and highlighted bug fixes relating to music discovery as the changes, and the new version also included a dedicated Apple TV app for the new tvOS platform, bringing the Internet radio service to the big screen.

Pandora Radio for Apple TV can be found through search on the Apple TV App Store, or through the Purchased section if you’ve previously downloaded it on iPhone or iPad. Pandora Radio also recently updated to include CarPlay support (followed by Deezer) and already featured an Apple Watch app, so the service is available on several of Apple’s platforms now.

Finally, word began to spread that Apple TV’s expected streaming content package wasn’t making much progress toward getting off the ground and into living rooms. CBS CEO Les Moonves started the message by openly chatting about Apple’s stalled plans for such a service to include CBS content for about $35/month.

While it was possible Moonves was pushed out of the loop in recent negotiations due to his habit of openly referencing the unannounced service, a second report surfaced yesterday claiming the whole plan to launch a streaming package on Apple TV has been suspended.

Today Recode adds that it was a push for a so called “skinny” bundle for $30 that turned off industry leaders and resulted in Apple walking away from negotiations for now. The idea seems that networks can sell their own streaming content at higher monthly rates like the CBS All-Access price at $6/month, and bundling a dozen or so channels for about $30/month would devalue the appeal individual of each network’s individual plans. The report adds that deciding which dozen channels get included is also not appealing to the networks as Apple’s offering would be much more limited to traditional cable packages.

That’s disappointing for Apple TV owners hoping to add a single comprehensive streaming package that replaces cable subscriptions. The current state of even new Apple TV apps is that most require authenticating with traditional cable subscriptions to fully access content, and individual service subscriptions to Netflix, Hulu, HBO, Showtime, and CBS can approach cable costs while losing access to live content. Hopefully 2016 will include more standalone content packages for cable cutters, services like Sling TV come to Apple TV, and Apple continues to negotiate a deal for its own service.