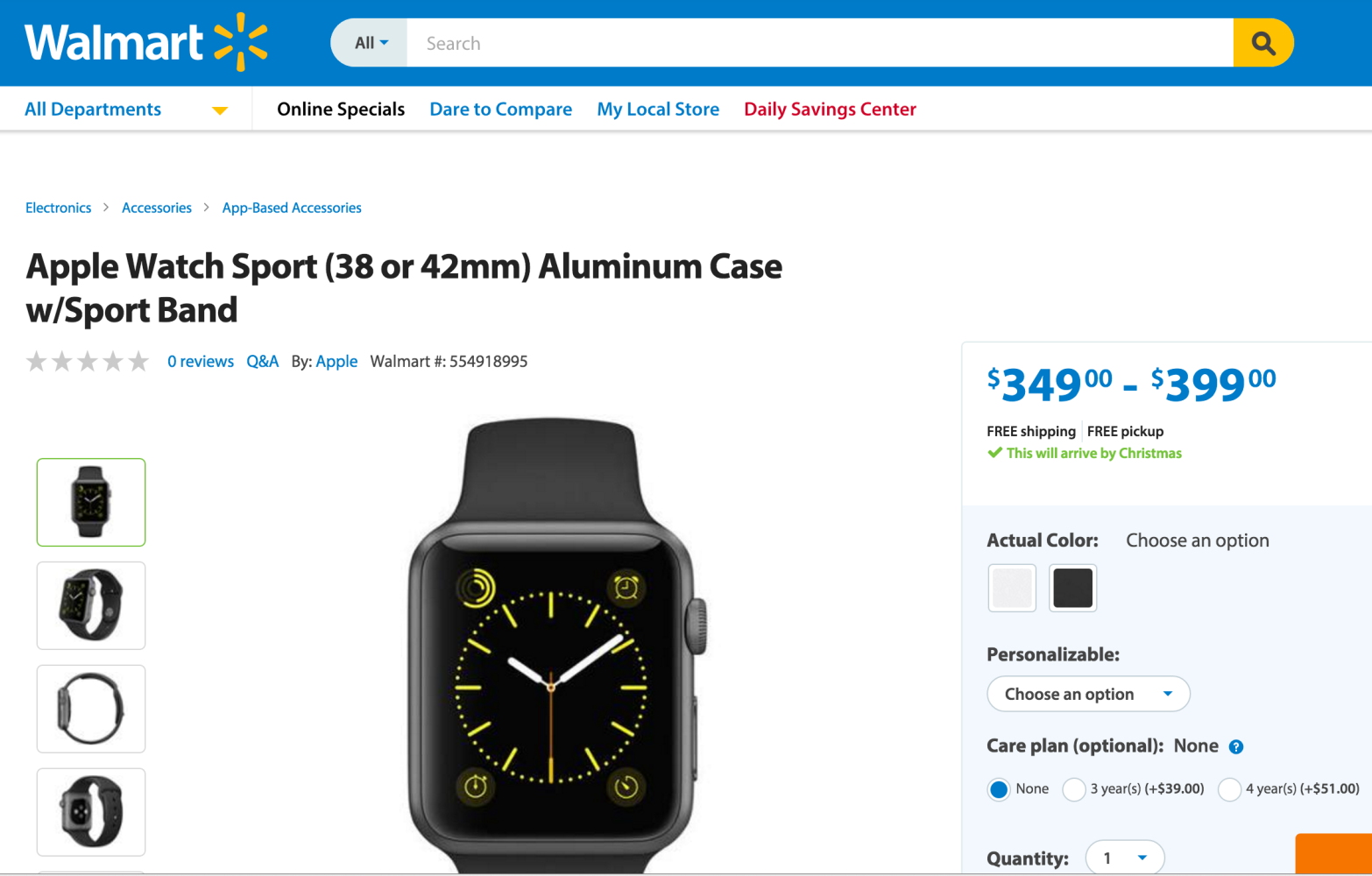 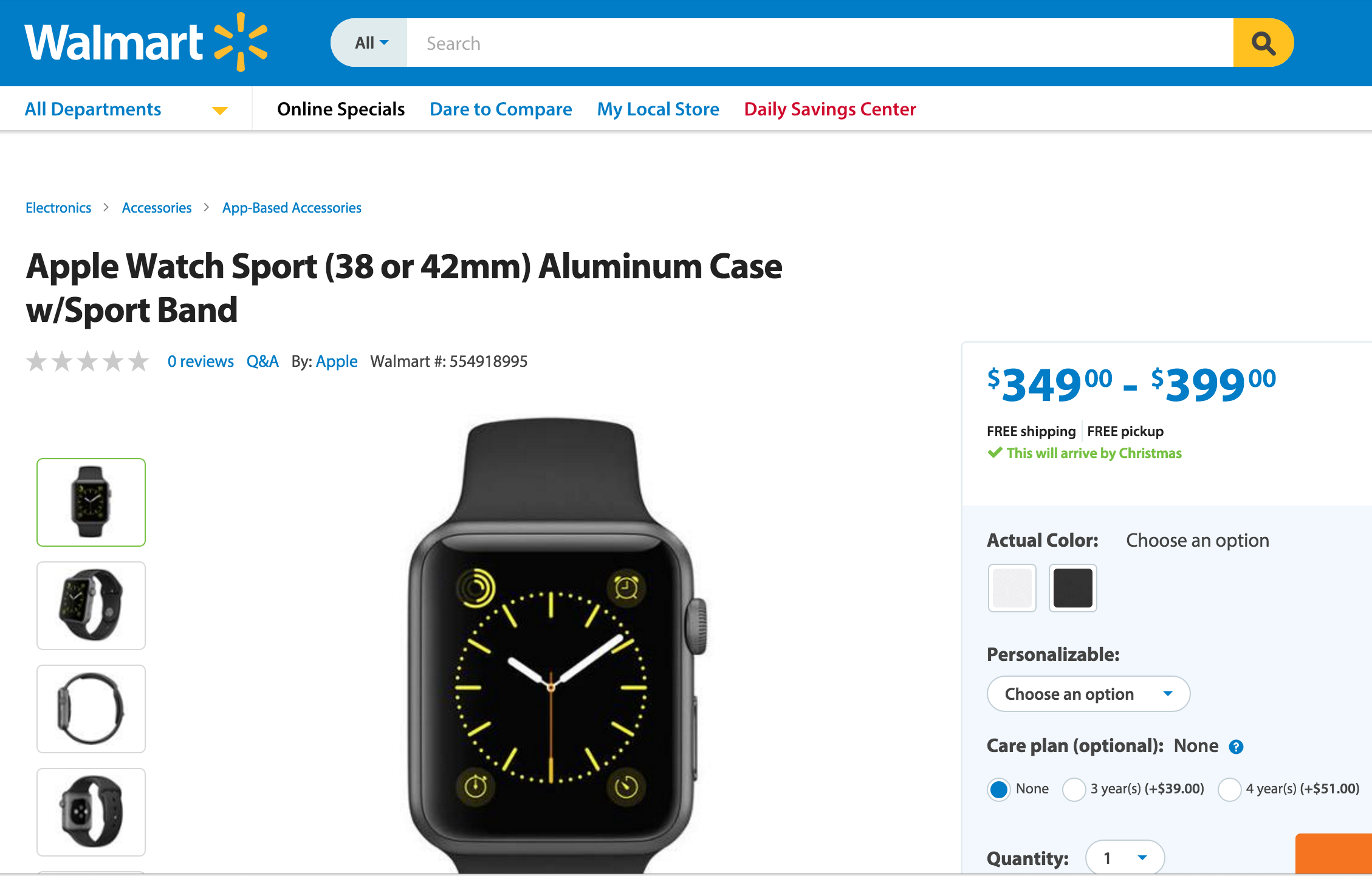 Just (barely) in time for the holidays, Walmart.com now carries the Apple Watch Sport in a variety of colors –as long as it is either space gray or silver. The US’s largest retailer won’t carry the Watch in stores and currently the price for the Sport is the non-discounted $349-399 retail which is $100 more than Best Buy and bestbuy.com where it starts at just $249.

Best Buy, Target, B&H and others have been offering steep discounts on the Apple Watch sparking speculation that Apple is aggressively trying to move inventory for the holidays. The unprecedented price drops that Apple has outsourced to retailers are ahead of the next Apple Watch 2 launch which Mark Gurman exclusively reported would be in March-April of next year. 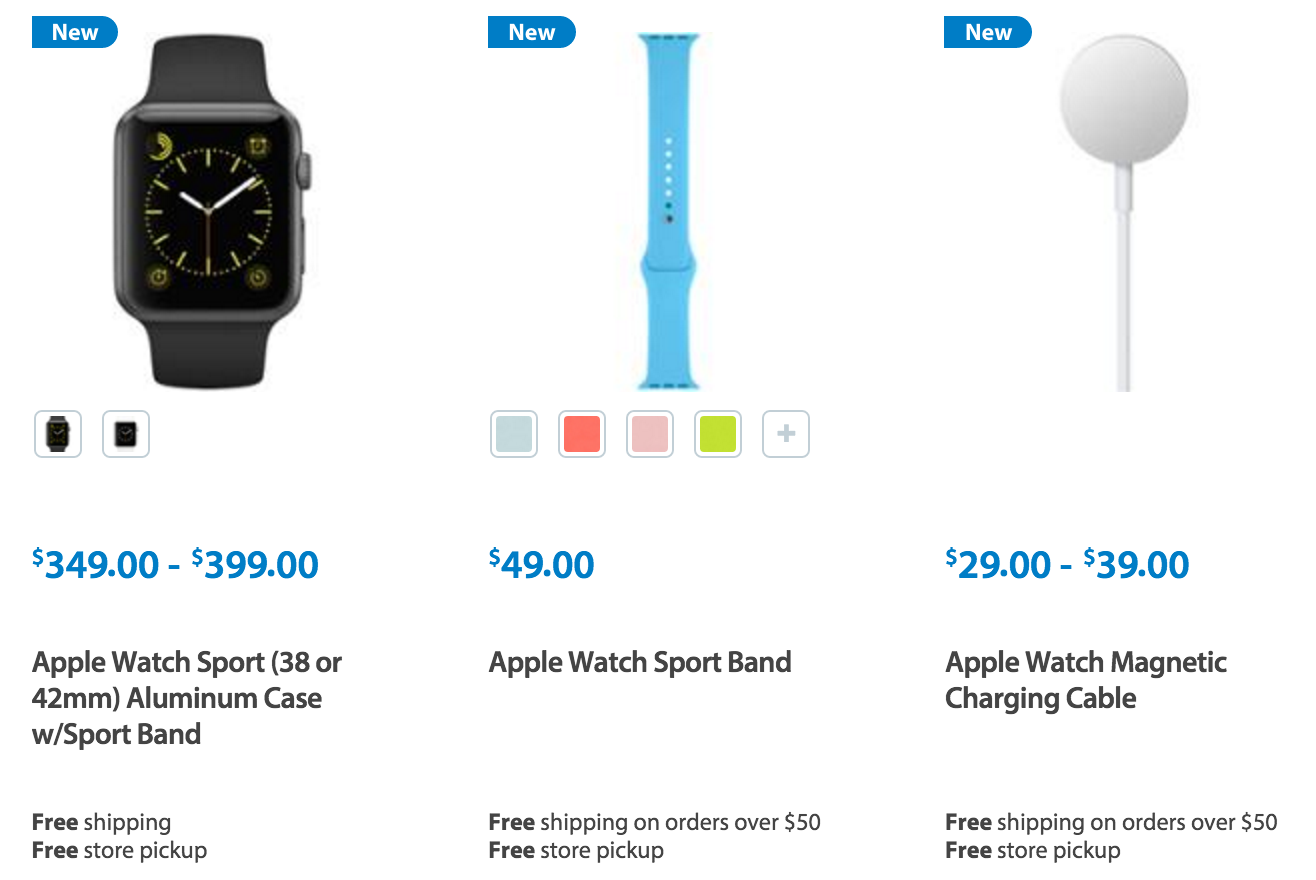 It’s not certain why the Walmart move was made at such a late hour in the holiday run-up but it is certainly a far cry from the exclusive high end shops that the Watch launched on in the first quarter of the year.