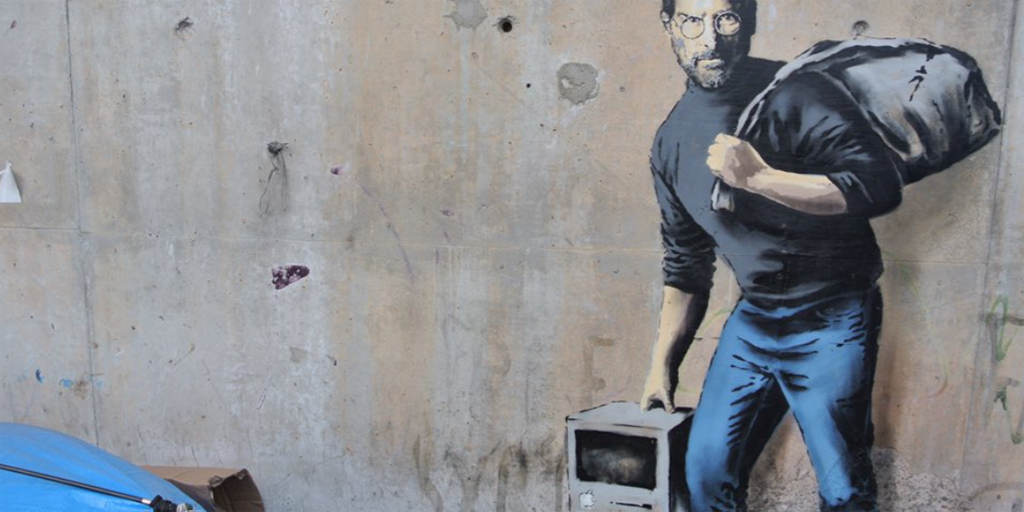 With the Mediterranean refugee crisis as much a hot-button issue in Europe as it is in the U.S., famous graffiti artist Banksy has used Steve Jobs as a subtle reminder of the benefits immigrants can offer to a country. Steve Jobs was the son of a Syrian migrant.

The artwork appears at a refugee camp in Calais, where many Syrian refugees are among those hoping to enter Banksy’s home country, the UK. The image depicts him carrying a bag with one hand and a Macintosh (sadly with very inaccurate proportions) in the other.

Earlier in the crisis, more than 15,000 people retweeted a photo posted by tech entrepreneur David Galbraith with the caption ‘A Syrian migrants’ child.’

Back in September, Apple supported humanitarian aid efforts by making its own ‘substantial’ donation to relief agencies, inviting iTunes users to donate to the Red Cross, and by offering to match employee donations. Earlier this week, Tim Cook mentioned the refugee crisis in a speech to the RFK Center.