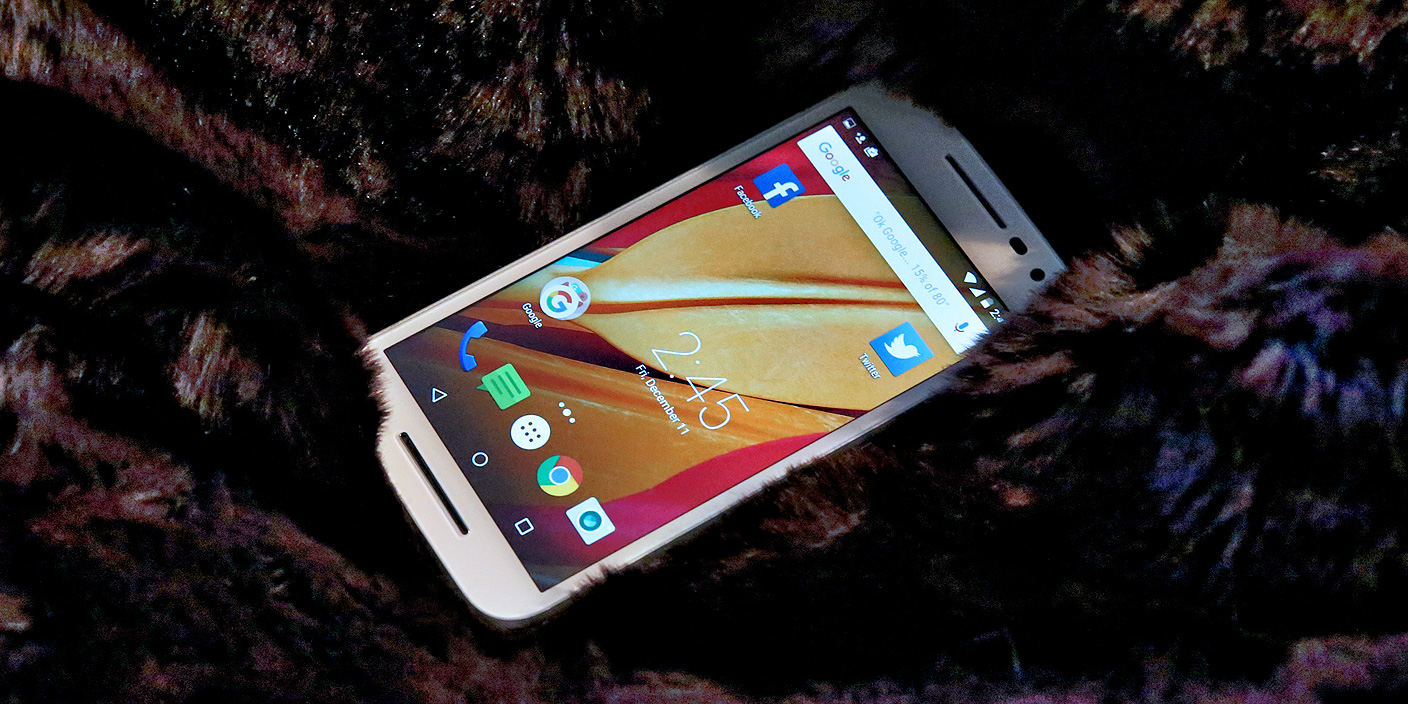 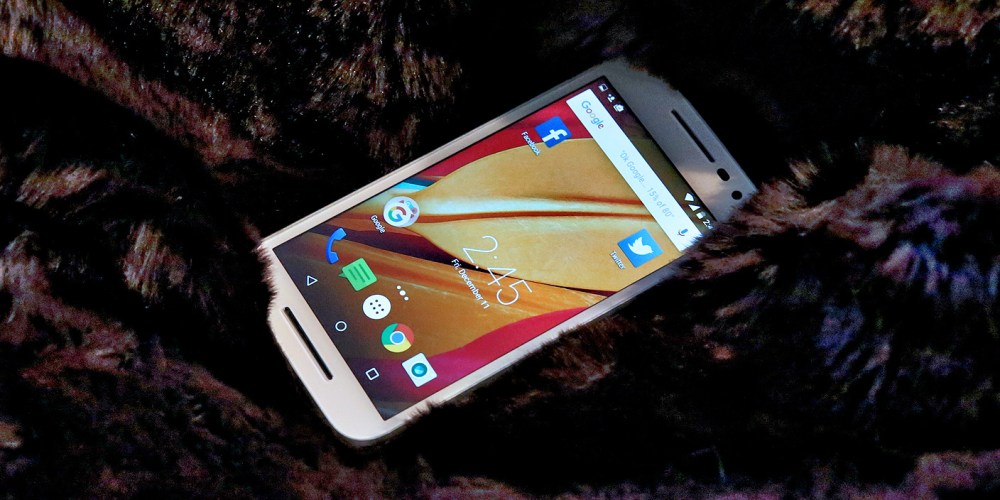 Earlier this week, I wrote about the surprisingly good Motorola Moto G (2nd Gen) phone I was testing at our publisher’s request, and though I wouldn’t switch from iOS to Android, the experience made plain that even a sub-$100 Android phone is competent enough today to serve as a more capable alternative to a $199 iPod touch. I’ve since been testing the $180 Moto G (3rd Gen), which is still less expensive than the lowest-end iOS device, but is faster than its predecessor, and includes still cameras rivaling Apple’s flagship iPhone 6s models. Contrary to Apple’s marketing, Android devices aren’t all bad, and $100-$200 options from major manufacturers are now delivering much better overall value than Apple’s sub-$200 devices.

Google has spent the last few years really closing Android’s overall user experience gap with iOS, while adding and polishing some features that are either Android-exclusive — or markedly better on Android than iOS. So just like Google borrowed elements of iOS to improve Android, Apple should be doing the same. Here are the top 10 features I’d pick for iOS 10 to clone…

10. Versatile, Location-Aware Device Security + Functionality. There have been hints over the years that Apple wants to enable iOS devices to automatically behave differently whether they’re at home, in an office or school, in a car, or out and about. Android already offers this with two features. One is Smart Lock, which can automatically disable a device’s password/lock screen features if you’re at a trusted location, connected to your car’s Bluetooth system, or near your smartwatch. It can also offer access to the device if your voice matches a specific pattern, or your face matches a prior scan. Additionally, apps such as Moto Assist can optionally use your location, the phone’s orientation, and other factors to change the behavior of notifications and other phone features. 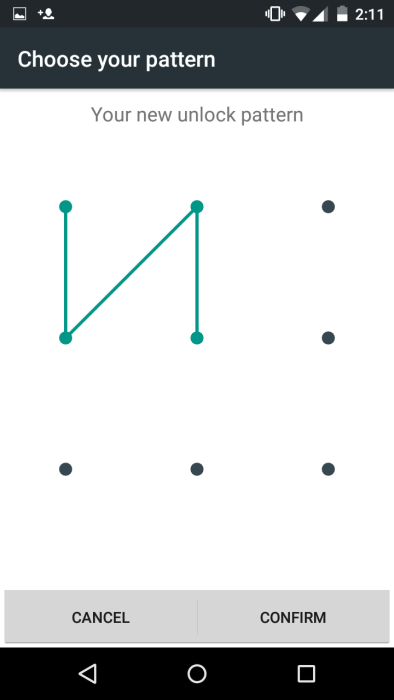 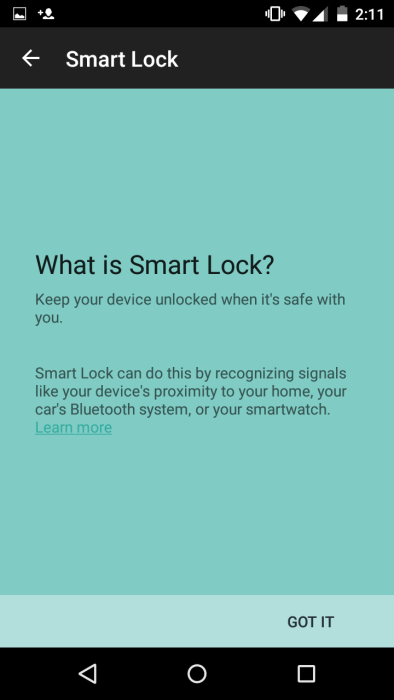 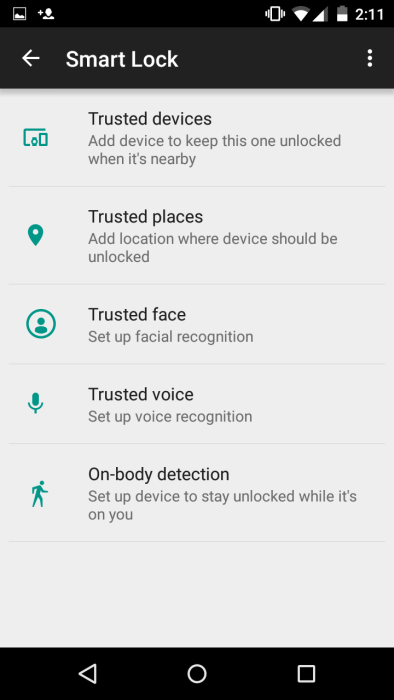 9. Real Live Wallpaper. Android’s approach to wallpaper has been considerably better than iOS’s for years — Google makes it easy to change wallpaper (just press and hold down on your current wallpaper), and allows developers to offer completely 3-D or animated 2-D designs. Apple has offered an extremely limited collection of “dynamic” and “live” iOS wallpaper options that are nowhere near as impressive as Android’s, and they remain one of Android’s most conspicuous benefits over iPhones and iPads. 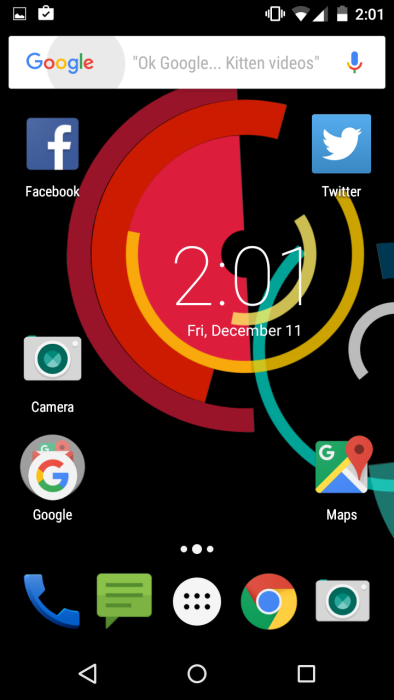 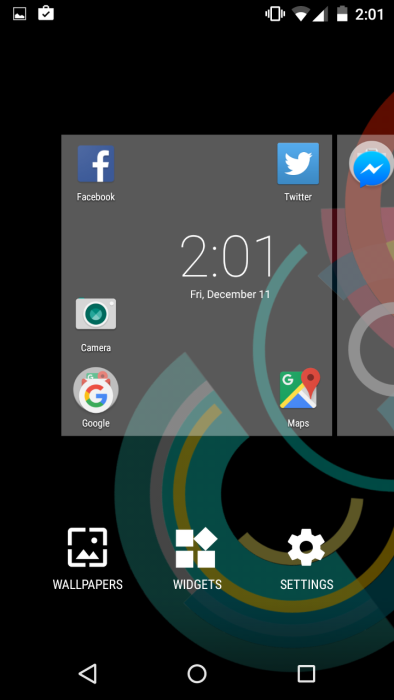 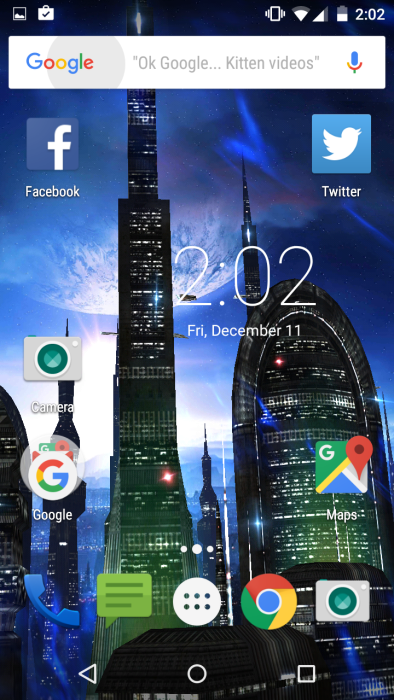 8. Multi-User Support. Macs have multiple user accounts. As of Android 5.0, many Android devices have multiple user accounts. iOS does not. Arguably better for tablets than phones, this feature would nonetheless enable a parent to hand either type of device to a child without fear of having the wrong things accessed. Supposedly under development for some time now, there’s no reason for iOS to continue to lack this feature.

7. Customizable Home Screens, Folder Sizes, and Widgets. iOS established the template for Home Screen designs and made folder creation easy, but Android has built upon the features by enabling greater customization of Home Screen icon locations, and using folders that make better use of the screen’s size when opened. Apple should borrow these improvements from Android, and add icon resizing to the mix, too. Adding support for full-fledged alternate app launchers, another UI option in Android, seems too impossible to even imagine. 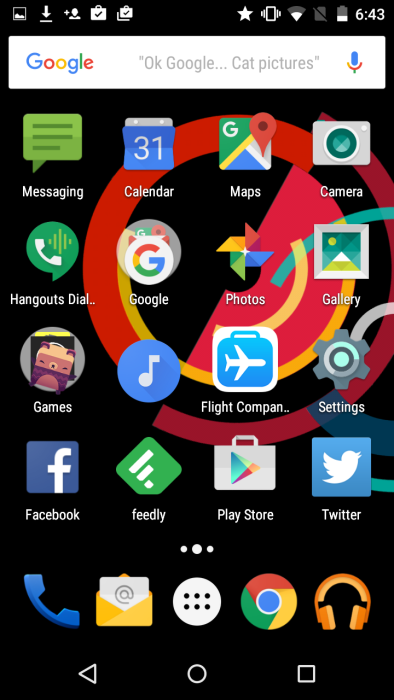 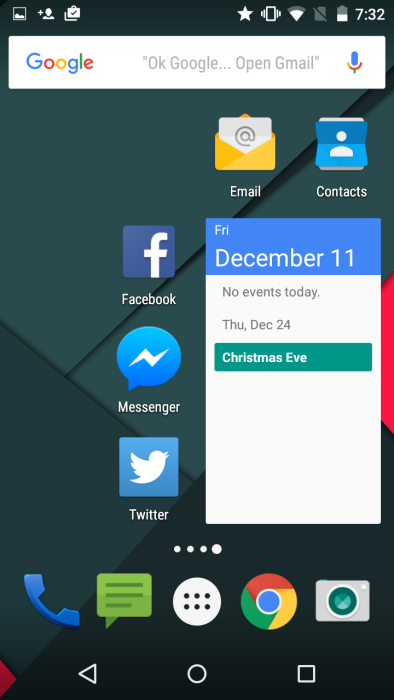 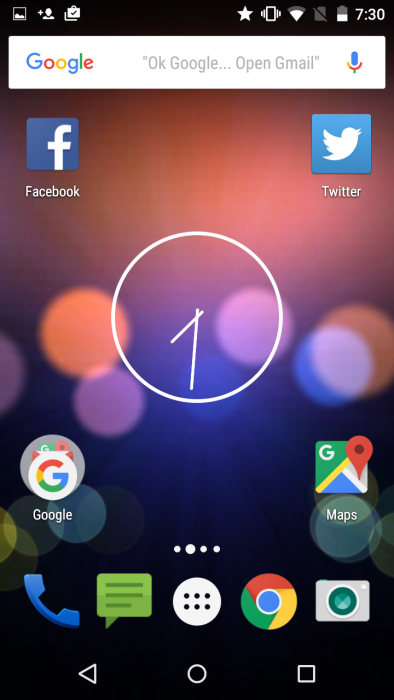 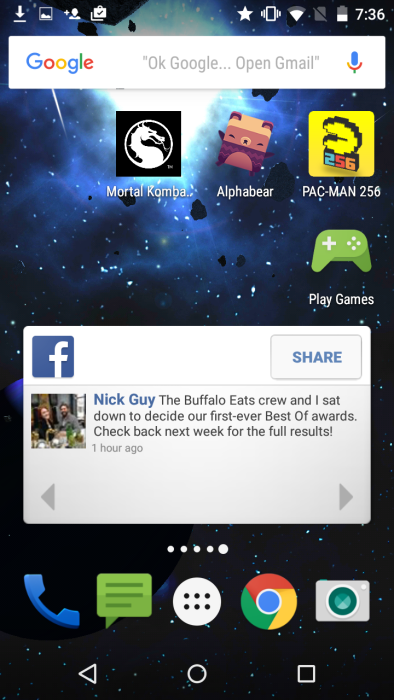 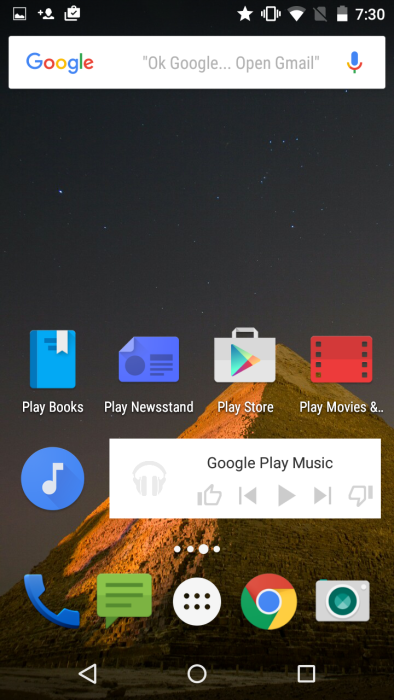 One of Android’s best UI enhancements is the ability to use widgets, mini-apps that get added to one or more of your Home Screens, offering both functionality and a more interesting look than a plain icon grid. You can have a large clock, specific contacts, a current Facebook status, part of your inbox, or a driving directions shortcut for a specific place sitting at the ready for your use. The fact that widgets can optionally occupy more than a single icon worth of space is really great, too. 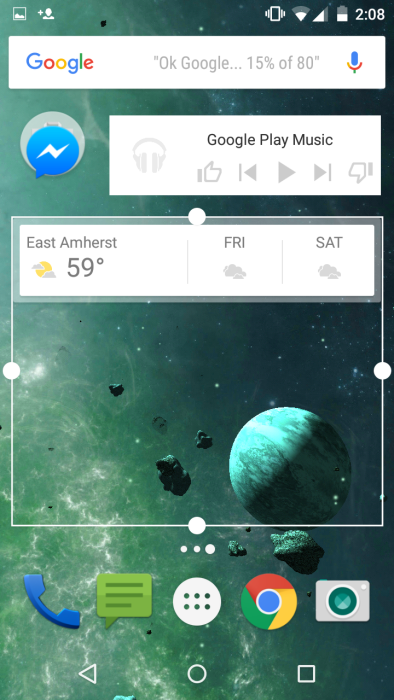 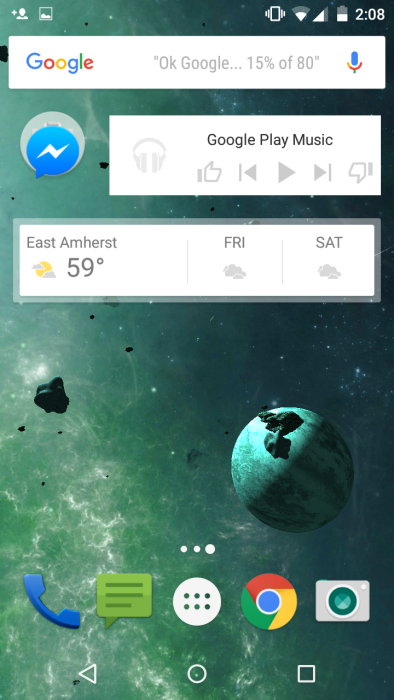 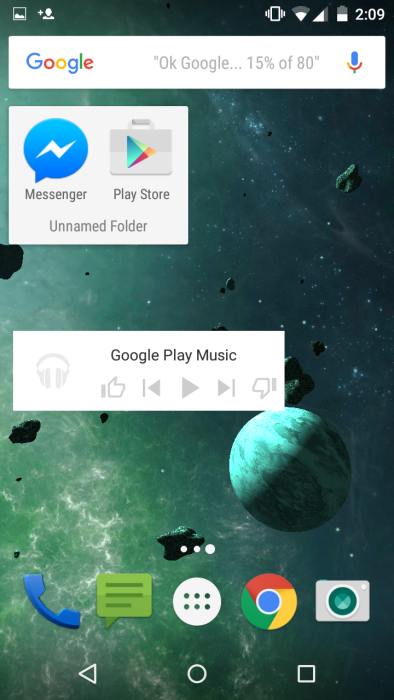 6. Google Backup and Photos. Unless you’re willing to pay a recurring monthly fee, iCloud is one of iOS’s most conspicuous pain points. It’s Apple’s Internet-based service that tells you to pay more for enough storage to back up your expensive iOS devices, and teases you with the ability to access all your photos (and perhaps videos) from any device, anywhere, only if you’re willing to pay for the privilege. Google offers these features to users for free, including buyers of even $99 Android phones, and Android is better for it. It’s really time for iCloud to follow suit. 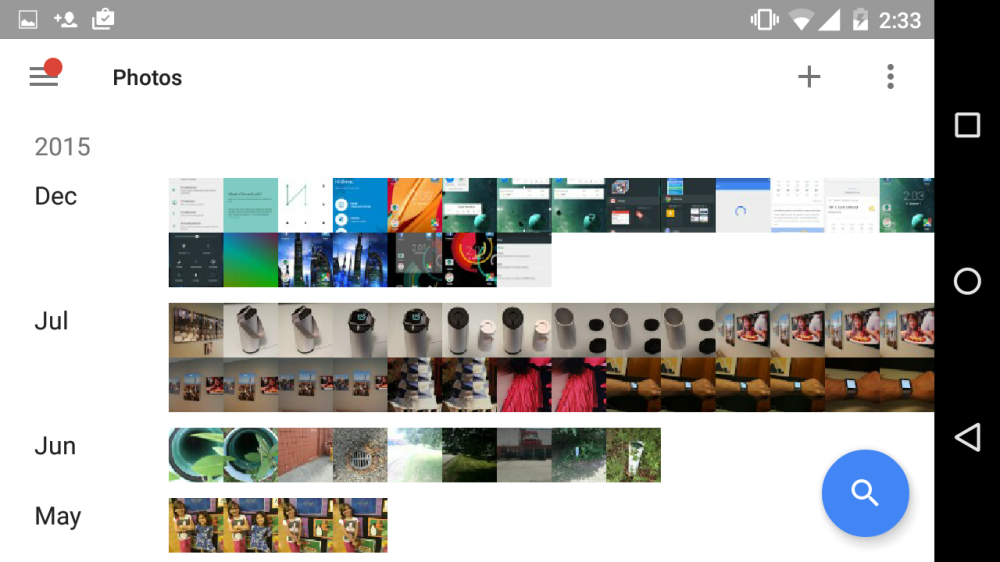 5. Virtual Buttons. Some iOS die-hards may disagree, but Android’s use of virtual home, back, and multitasking buttons rather than a dedicated Home button has helped to shrink Android devices’ chins without compromising functionality. iOS 9 introduced a virtual back button on an as-needed basis in the upper left corner of the screen, but it’s neither as convenient nor intuitive to access as Android’s. Doing away with the physical Home button in favor of a virtual one would help Apple cut even more of those millimeters it loves to shave off, assuming it can find another location for Touch ID. 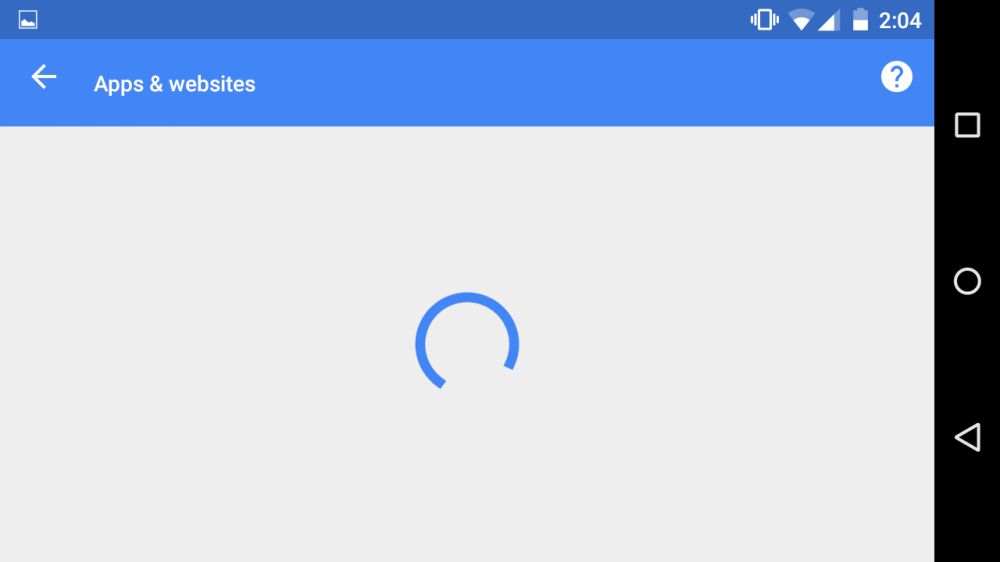 4. Google Now. Apple knows Google Now’s automated presentation of useful “cards” containing travel, weather, and information guidance is great, which is why it tried to capture the feature with iOS 9’s Proactive. But Proactive is at best a subtle, muted alternative to Google Now, and Apple needs to add way better and much more functionality to capture the range of automated details Google Now offers. 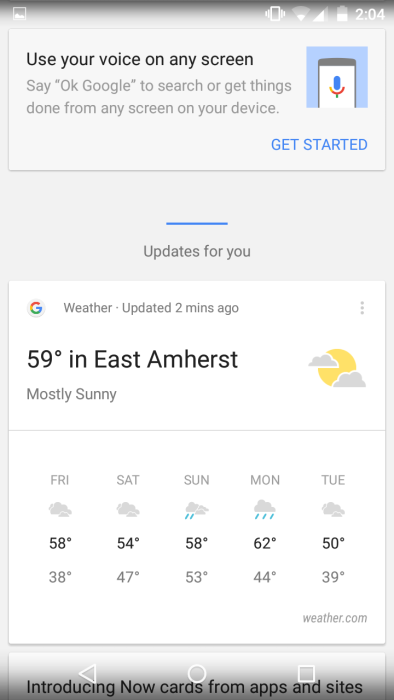 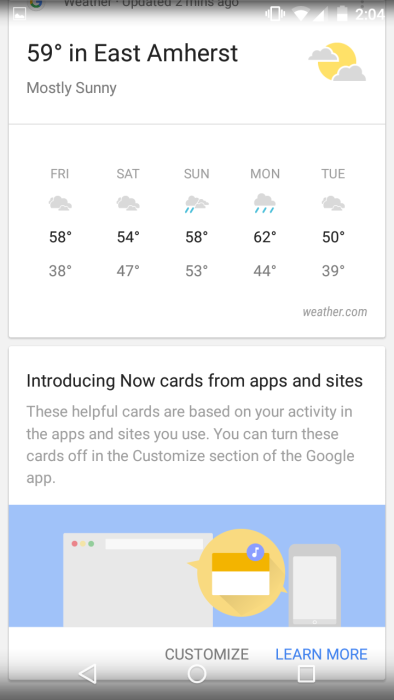 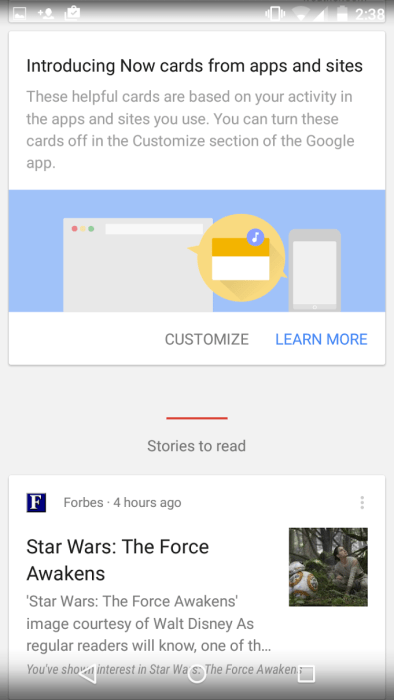 3. Deeper Emergency Alert Settings. This is a minor point, but iOS’s support for “Government Alerts” consists of two switches that toggle off or on “AMBER Alerts” and “Emergency Alerts,” with no granular controls. If you’ve ever received one of those notifications on an iPhone, you know that your device could seriously startle you in the middle of a drive or restful night’s sleep over something that may well have zero importance to your life. Android lets you differentiate between “extreme threats to life and property,” “severe threats to life and property,” and AMBER alerts, with the option to disable vibration — one of the scariest parts of iOS’s warnings — and receive reminders either once, every 2 minutes, or every 15 minutes. 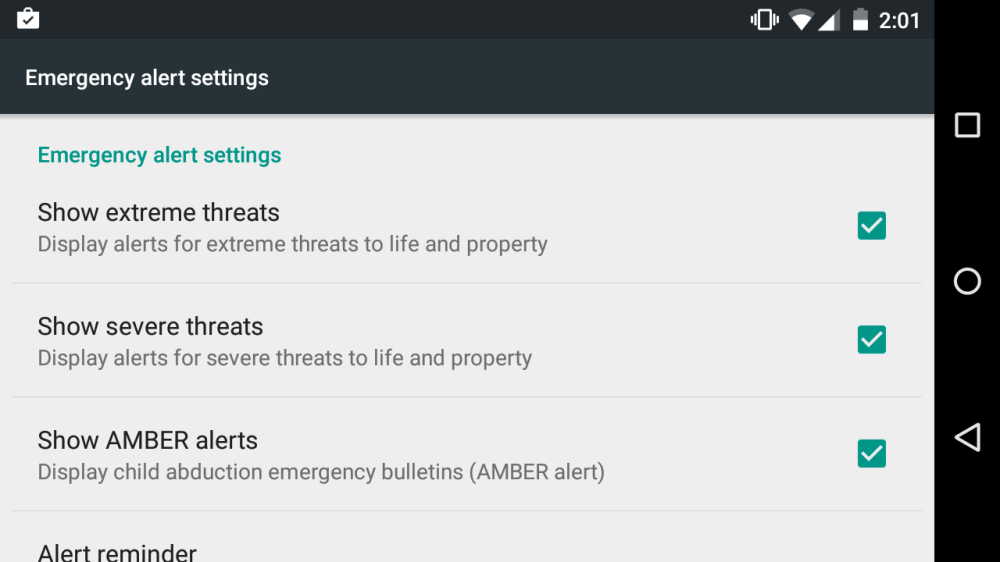 2. Daydream Options. Screensavers can be a lot of fun, and if they’re designed well, they can be practical, too. Since they’re not really saving the screens of mobile devices, Android calls the feature “Daydream,” letting you display something of your choice on screen when the phone is docked and/or charging. This could, for example, let your device serve as a clock when docked with speakers, or as a news ticker when sitting at your office desk. You can initially choose from a clock, a shifting rainbow color pattern, several photo gallery types, or animated wallpaper (as shown below); some apps add Daydream choices of their own as well. Whether you want your device to be displaying information, or just doing something cool to show off its powerful graphics chips, iOS should give you the same option. 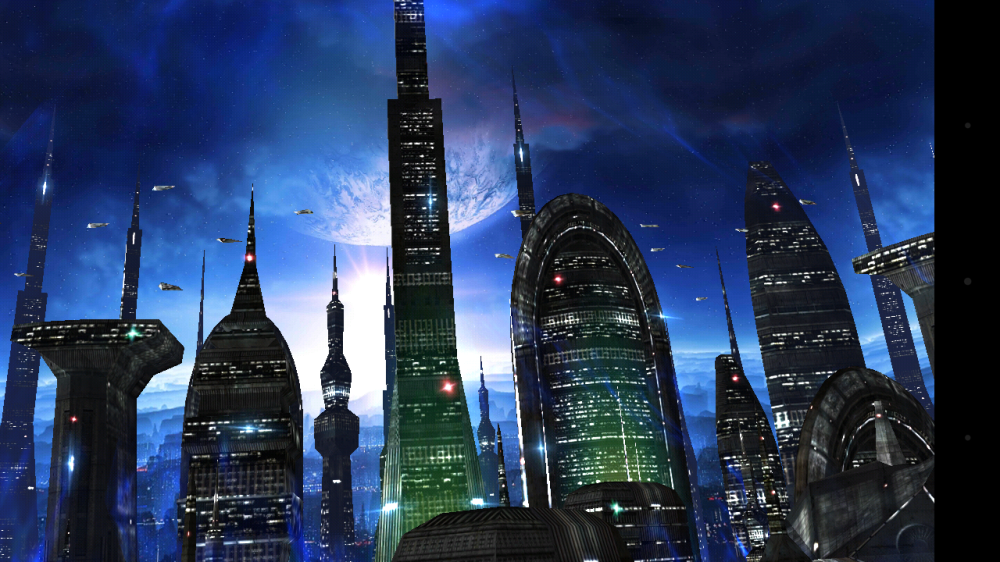 1. A More Usable, Mac-Like Top-Of-Screen Status Bar. Android isn’t perfect in this regard, but it’s easy to call closer to “right” than iOS. Ever since Apple’s first consumer computer graphical user interface, a small bar at the top of the screen has been reserved for menu options, and the Mac has evolved over time to include features such as a clock, a persistent search icon, notification center trigger, and mini-dock for app settings. iOS’s status bar leaves the space mostly open, but includes such arguably unnecessary elements as the device’s or cellular carrier’s name and a long battery icon that may or may not sit besides a more accurate remaining battery percentage. Android uses the bar largely for icons, but includes app download status and completion, as well as other icons that clearly seem linked to the bar’s related pull-down menu for Wi-Fi, Bluetooth, cellular, and other controls. Letting users customize this bar, and getting rid of the word “iPad” or “Verizon” at the top, would be useful improvements on iOS. 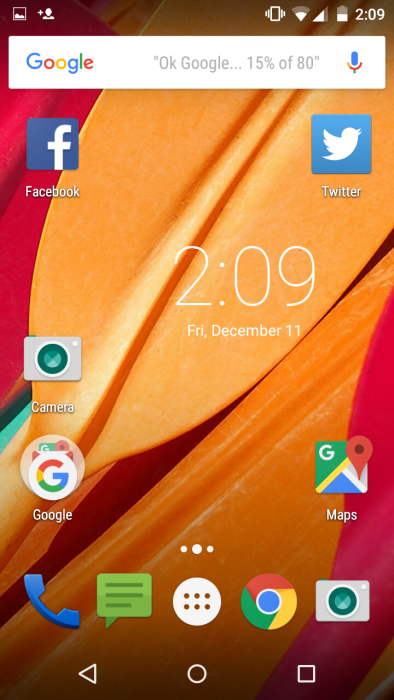 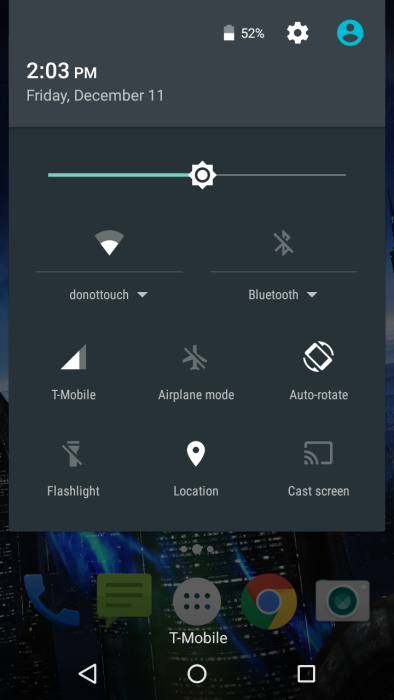 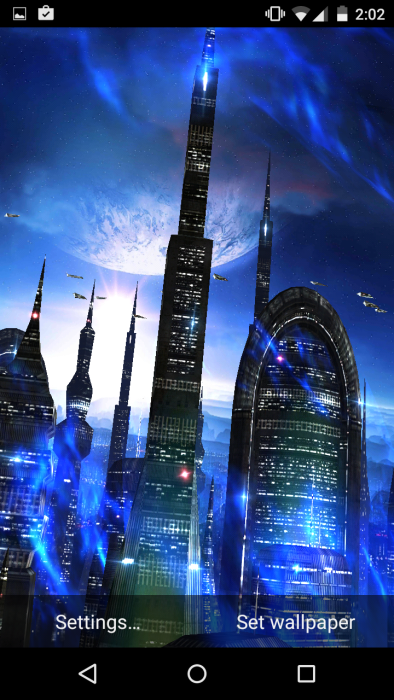 Are there any other Android features you’d like to see come to iOS? Share your thoughts in the comments section below!