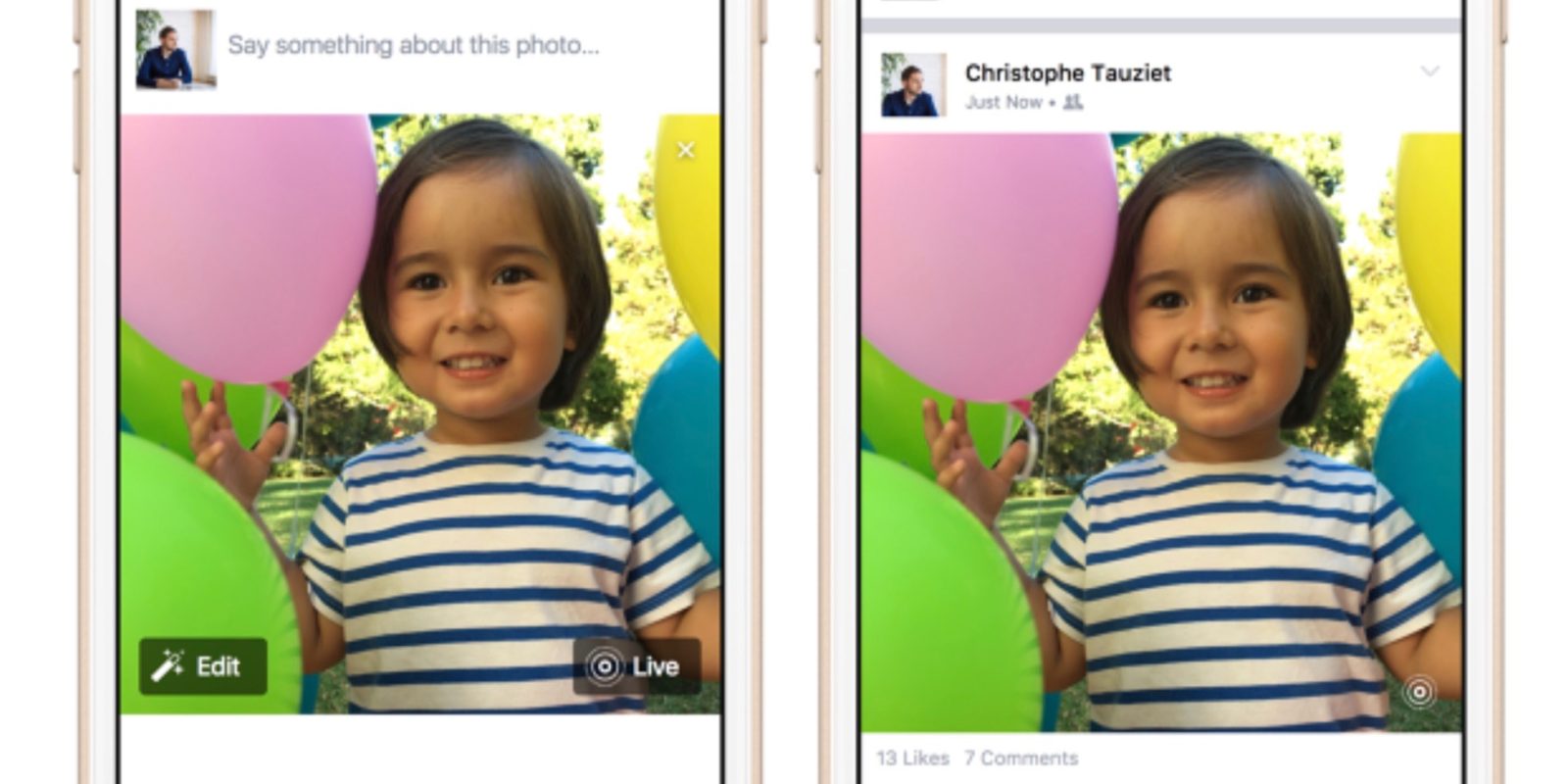 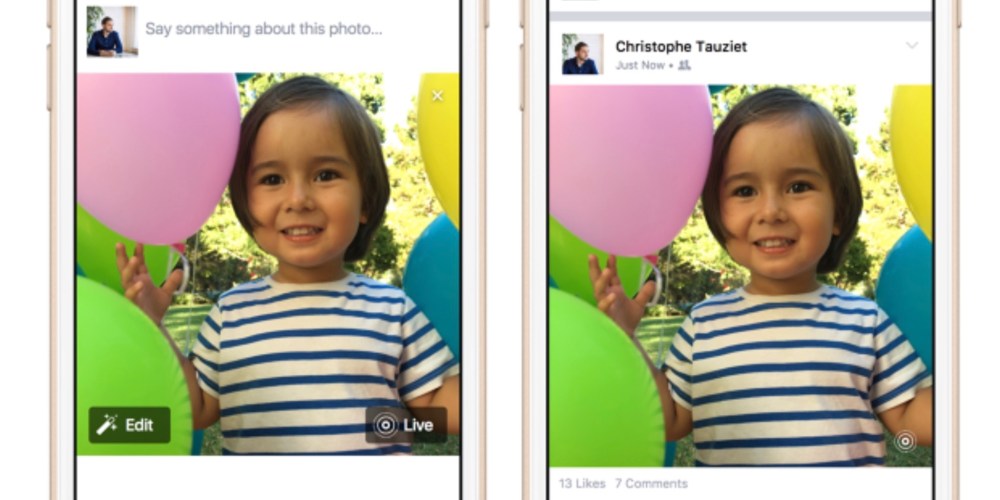 When Apple introduced the new Live Photos feature on the iPhone 6s and 6s Plus back in September, Phil Schiller said on stage that Facebook was committed to supporting the new photo format by the end of the year. Facebook has now shared that it will begin letting a small number of users share Live Photos on the social network from today with a general roll out planned next year.

Taking a Live Photo requires either a new iPhone 6s or 6s Plus, but any iPhone or iPad on the latest version of iOS can view the new photo format which features both video and audio before and after the still image was shot. Playing back Live Photos can often give more context to a scene and reveal a moment otherwise not captured. Check out my hands-on experience with Live Photos here.

Earlier this month, Tumblr became the first major social network to turn on Live Photos support through an iOS app update. Facebook is likely more popular among more users, but its gradual approach to Live Photos support means you can’t guarantee your friends and family can either view or share Live Photos for now.

Once the new Live Photos feature reaches every Facebook for iOS user, anyone with Facebook for iPhone or iPad can view the full Live Photo through the app. You’ll notice the circular Live Photos icon on relevant photos when sharing and browsing.

Viewing Live Photos on other platforms including the web isn’t supported by Apple yet, so everyone else will just see the still image without the added context. (You can view Live Photos in Apple’s Photos app on the Mac, but not in Messages or elsewhere.)

While Tumblr and Facebook have adopted Live Photo support quickly after Apple introduced the feature and supported it in third-party apps, Twitter and Facebook-owned Instagram have yet to enable Live Photo sharing.

Let us know below if your Facebook app gets opted in to Live Photos support and how you’ve been using the new camera feature since September.