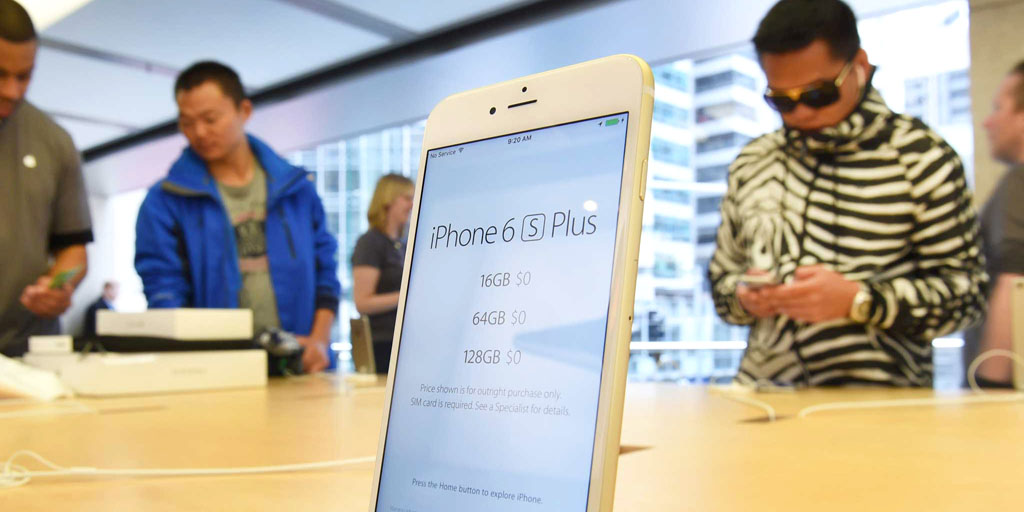 There have been a number of predictions that Apple will next year report a year-on-year decline in iPhone shipments for the current quarter, KGI among them. Most such reports are based on extrapolating from supply chain data which attempts to estimate production volumes.

These reports contrast with Apple’s own guidance for record revenue of $75.5B to $77.5B. Tim Cook argued in October that some two-thirds of existing customers are still using older phones, leaving plenty of room for upgrades this quarter, and that Apple is winning over Android owners in record numbers.

One analyst believes he knows how the conflict can be resolved…

AAPL has had a very close eye on being able to achieve what has become a Dec Q Street iPhone estimate of 76M – 78M; we think that the company can deliver this number by building 70M – 75M and shipping the balance from inventory.

In other words, while it may have made fewer iPhone 6s/Plus models this quarter (calendar Q4 2015, Apple’s fiscal Q1 2016), it can more than make up the difference from existing stocks of older models, reports Business Insider

Beating last year’s numbers would be quite an achievement. In 2014, the iPhone didn’t go on sale in China until the holiday quarter, meaning plenty of pent-up demand; this year, China was a launch country, so there’s no equivalent artificial boost.

The number to beat? 74.4M iPhones. We’ll find out next month.