During an interview at Tesla’s design Studio in Los Angeles, Tesla CEO Elon Musk commented on Apple’s rumored electric vehicle program, codenamed “Project Titan“. It was hardly the first time the CEO commented on the project, but it always interesting to hear about the possibility of Apple bringing an electric car to market. This time Musk called the project under-development an “open secret” and agreed that Apple is “serious about it.”

“It’s pretty hard to hide something if you hire over a thousand engineers to do it.”

Reports came out last year of a so-called “poaching war” between Tesla and Apple over automotive engineers. Following the reports, Musk didn’t have eulogistic words for Apple’s new hires:

“They have hired people we’ve fired. We always jokingly call Apple the ‘Tesla Graveyard.’ If you don’t make it at Tesla, you go work at Apple.”

The next day Musk took to Twitter to soften his comments about the company:

During the BBC interview, Musk reiterated his content that Apple is jumping in the EV industry, which is in line with Tesla’s mission to accelerate the advent of sustainable transport. As usual, he warned of the difficulty of building an electric vehicle, but this time he added some optimism to what Apple could bring to market:

“Companies like Apple will probably make a compelling electric car.”

Musk’s comment about Project Titan being an “open secret” in the industry follows a recent report confirming that Apple registered three new car-themed domain names, which just keep adding to the evidence that Apple is developing an electric vehicle. 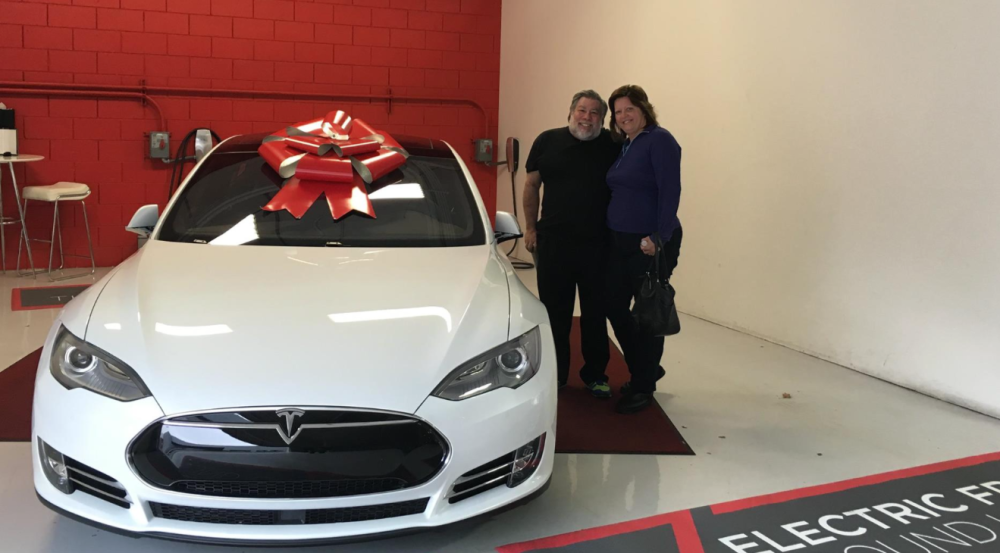