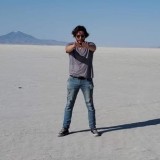 Fred is the editor in chief and main writer at Electrek. He mainly covers electric vehicles, autonomous cars and ride-sharing platforms.

You can read his work on Electrek, 9to5mac.com and 9to5google.com 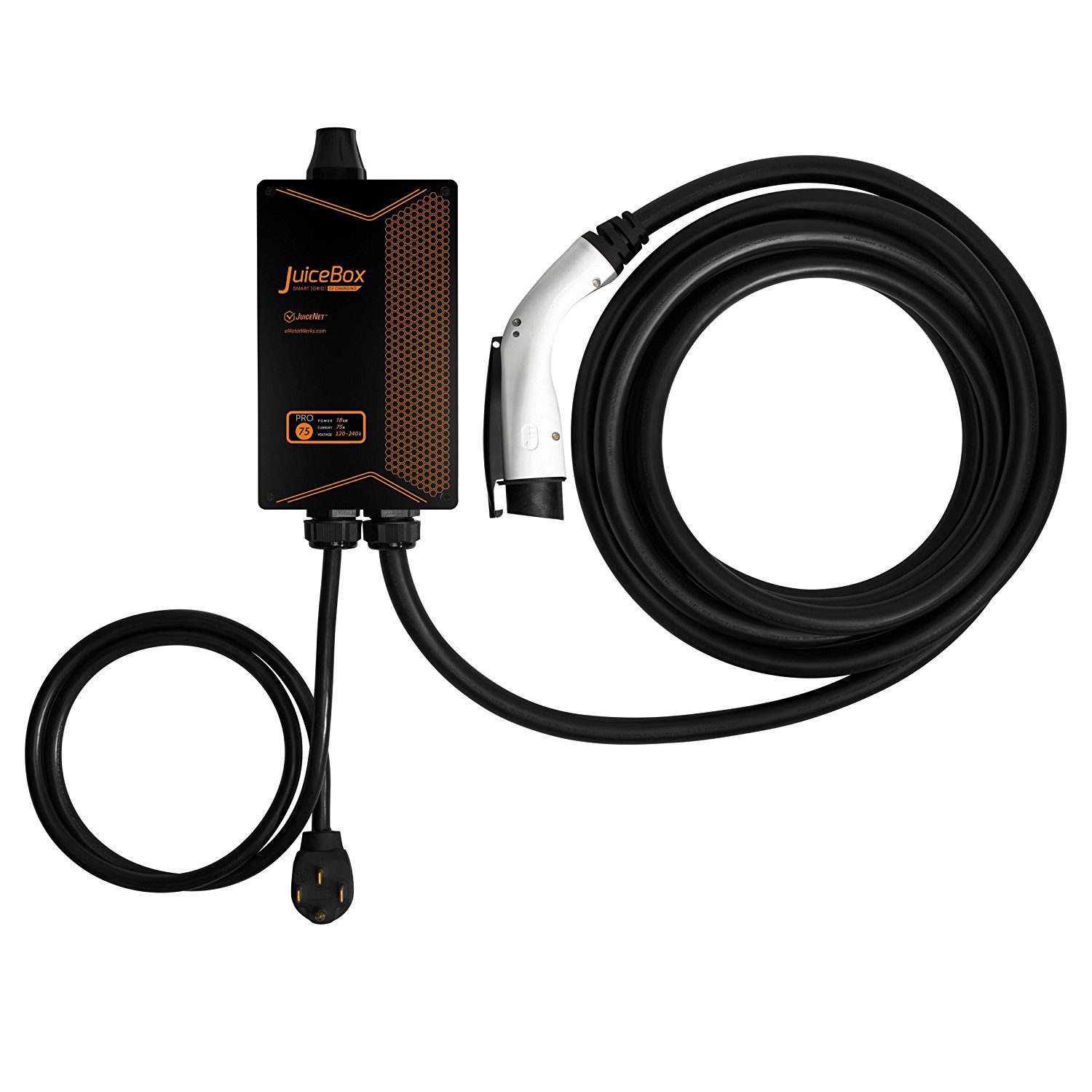 Tesla is currently suing a former Autopilot engineer who they claim stole the source code of the autonomous driving system for a Chinese competitor, Xpeng.

Now the former employee has admitted to uploading the Autopilot source code to his iCloud at a suspicious time in his move to Xpeng, but he denies misconduct.

Apple tried to buy Tesla for more than it’s currently worth a few years ago, report says

Apple reportedly offered to buy Tesla at around $240 per share back in 2013.

The bid from six years ago is now being reported as Tesla’s share price has dipped under the price Apple was allegedly willing to pay.

Tesla is launching new iPhone cases today as part of the launch of its new Amazon store to sell its merchandise and eventually maybe more.

Surprisingly, the product is not for your Tesla vehicle, but for your smartphone.

GM’s autonomous driving division, Cruise Automation, announced the launch of the beta version of its autonomous ride-sharing app currently being used by employees in San Francisco, where they operate a fleet of autonomous Chevy Bolt EV test vehicles.

Last year, Apple was rumored to be working on an autonomous all-electric car codenamed ‘Project Titan’. The company later confirmed development work on an autonomous driving platform and CEO Tim Cook even referred to it as “a core technology” for the company, but it showed signs of giving up on developing an actual car.

Renowned car designer Henrik Fisker is about to officially launch his new electric car company and unveiled its first vehicle, the EMotion, a $130,000 long-range premium sedan.

Ahead of the launch tomorrow, some “great people” at Apple apparently got a preview of the vehicle.  END_OF_DOCUMENT_TOKEN_TO_BE_REPLACED

On Electrek today, we reported that Tesla’s battery research partner announced that they managed to double the lifetime of the batteries in Tesla’s products 4 years ahead of time.

They achieved that through a new method to test battery cell longevity and we now learn that Apple also bought the same machines developed through the method. END_OF_DOCUMENT_TOKEN_TO_BE_REPLACED

Last month, we published an exclusive report on our sister-site Electrek about Tesla’s upcoming new mobile app: ‘Tesla is about to release its biggest app update yet: Touch ID login, widget integration, and more‘.

With some high profile exceptions, it is generally accepted that Apple ships some of the most reliable high-tech products out there – at least if you believe the customer satisfaction reports. Things are far murkier for Tesla in that department, especially at its relatively early age. 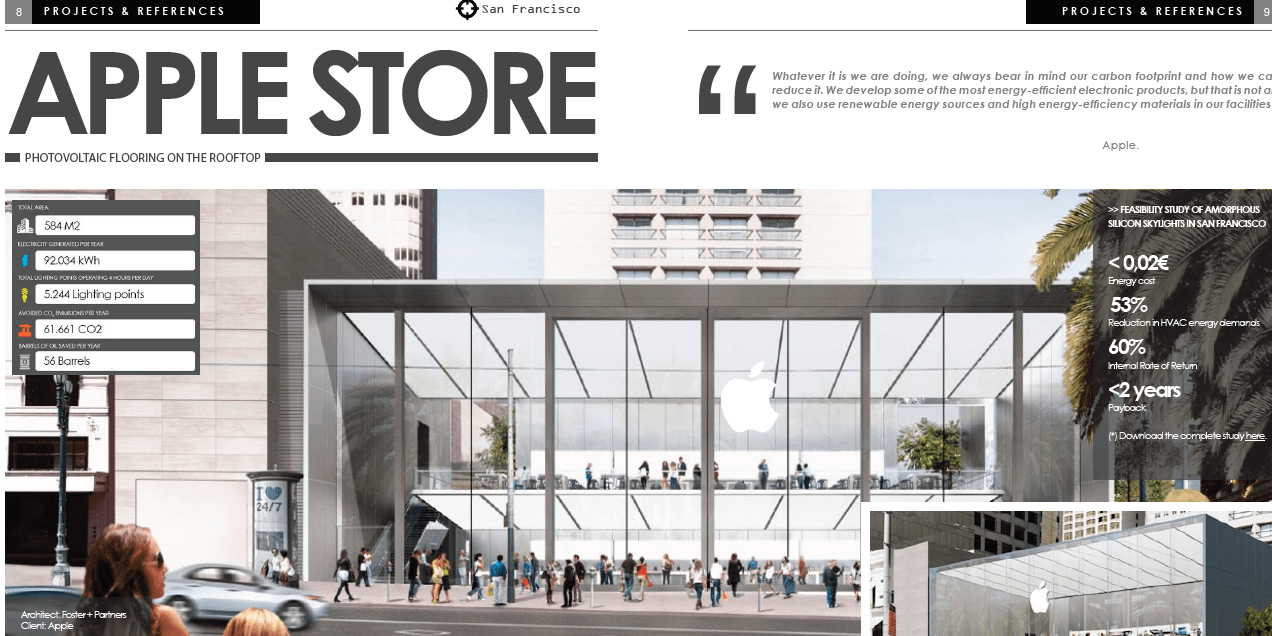 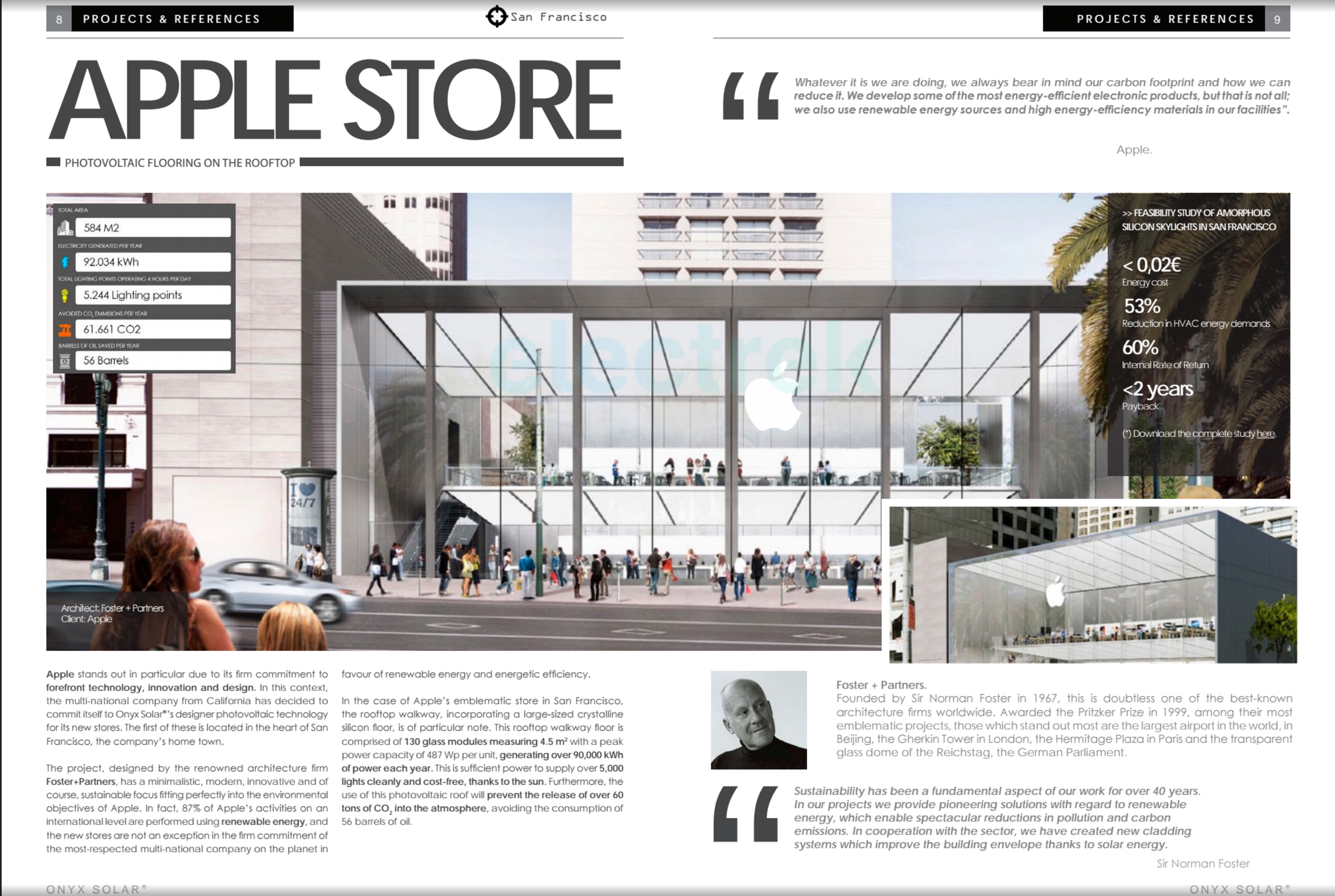 After our attempt at explaining the 500% markup on Apple’s new solar array yesterday, further information has now confirmed that Apple’s new stores – starting in the brand new San Francisco location – will be utilizing a new walkable solar glass floor technology for electricity generation. According to a document on Onyx Solar’s website, Apple “has decided to commit itself to OnyxSolar’s designer photovoltaic technology for its new stores. The first of these is located in the heart of San Francisco, the company’s home town.” END_OF_DOCUMENT_TOKEN_TO_BE_REPLACED 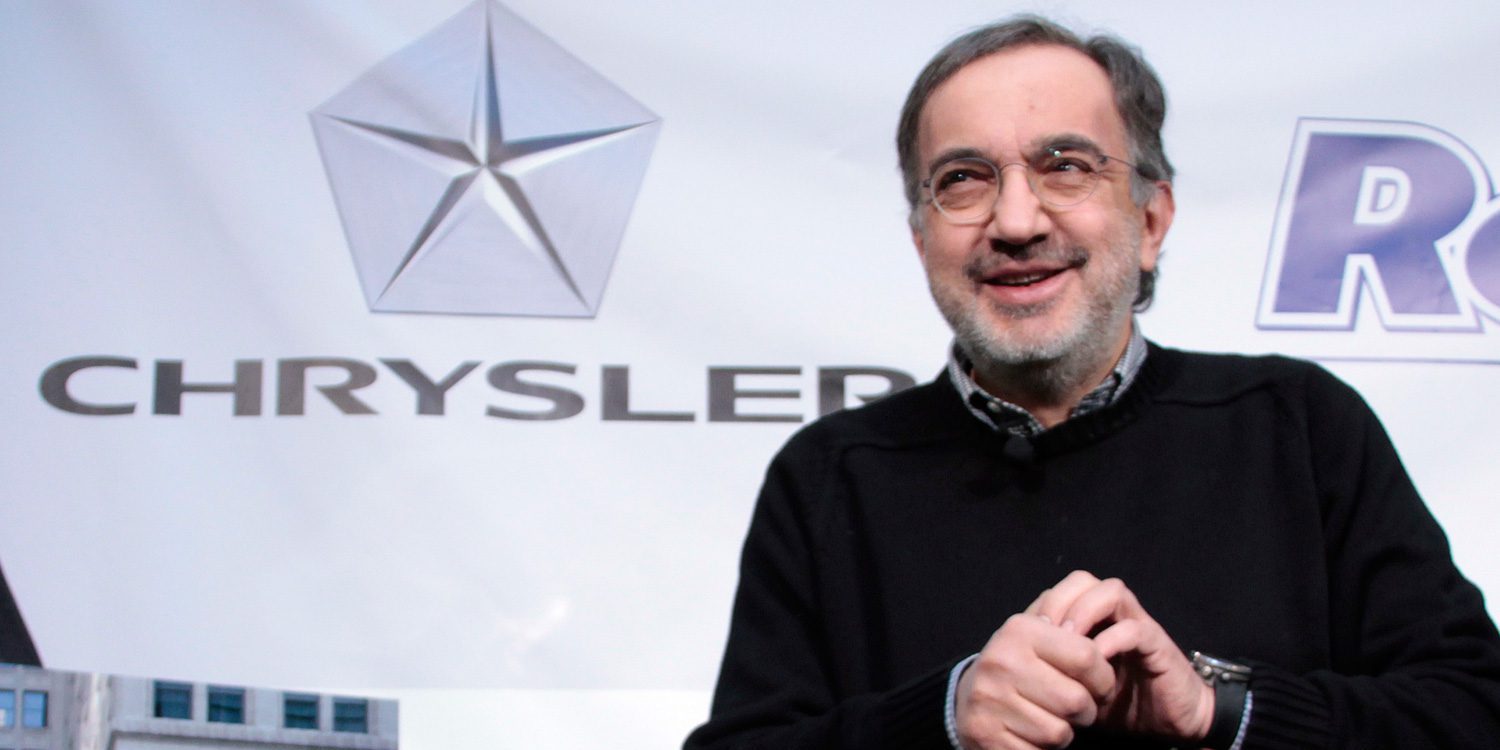 The automotive industry is a capital-intensive industry. Fiat Chrysler CEO Sergio Marchionne knows it and that’s why he is open to work with Google or Apple:

“Google can buy every automaker out of petty cash. And Apple — they made a net profit of $24 billion in one quarter. This is nonsense. What are we defending? What?”

In a not yet released 2-hour interview with Automobile Mag‘s Georg Kache, Marchionne discusses the recent rumors of a FCA partnership with Google for self-driving cars and how the automaker wants to position itself in an industry disrupted by the likes of Apple, Google, Tesla and Uber. END_OF_DOCUMENT_TOKEN_TO_BE_REPLACED 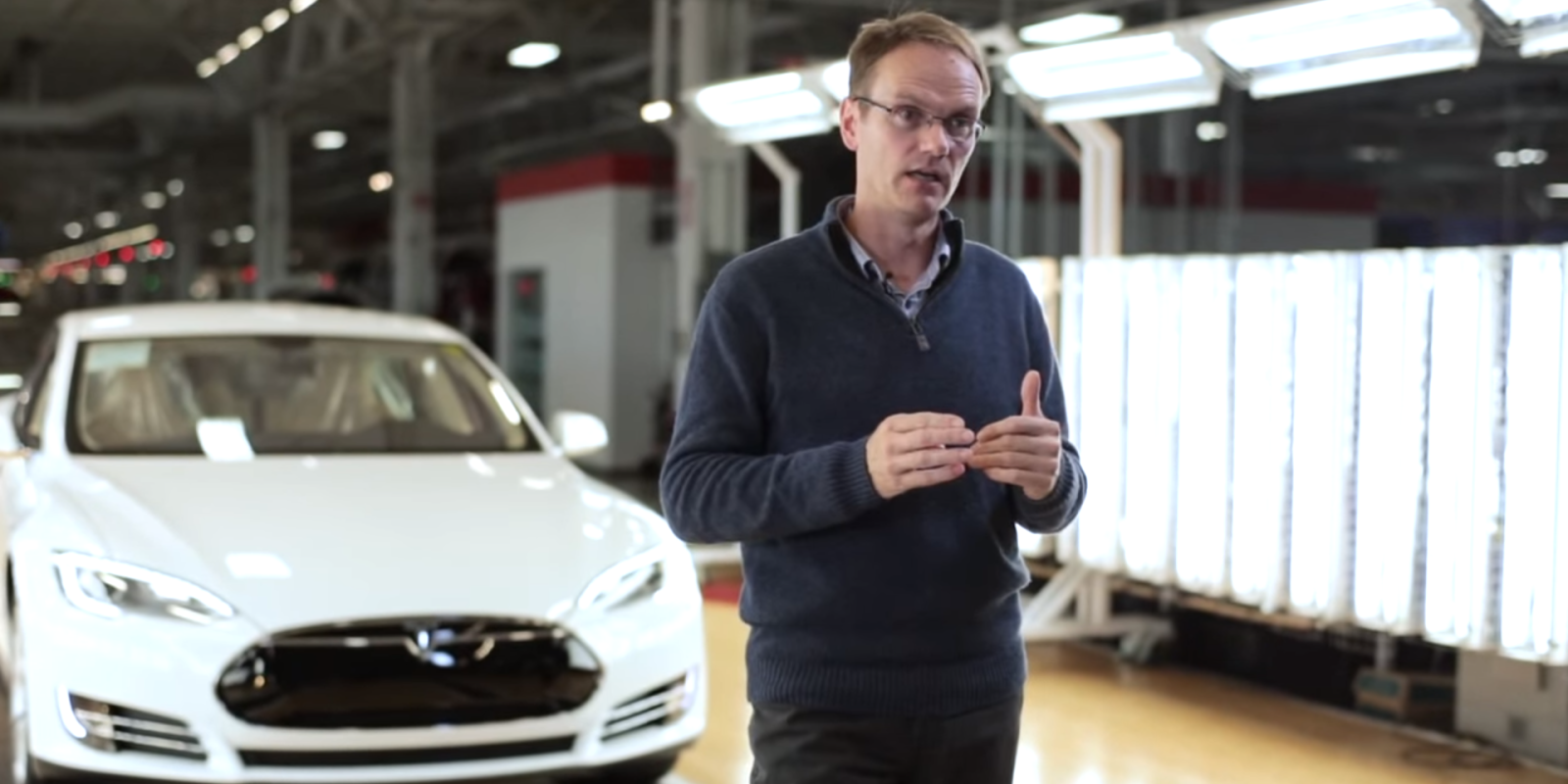 END_OF_DOCUMENT_TOKEN_TO_BE_REPLACED

Betteridge’s law of headlines is that any headline ending in a question mark can be answered by the word no, and Motor Trend was working hard to prove it today. The auto industry publication had a lot of Apple and EV enthusiasts excited today after teasing a reveal set for tomorrow with several design sketches and pictures posted to their Twitter feed:

Is this the #AppleCar we’ve all been waiting for? Find out 4/14. #MTAppleCar pic.twitter.com/K3ADiuhoEf

Is this the Apple Car we’ve all been waiting for? As per the law above… END_OF_DOCUMENT_TOKEN_TO_BE_REPLACED

Tesla hires yet another chip architecture titan out of Apple’s PA Semi, feeding the rumor that it plans to design its own silicon

If there’s indeed a poaching chess game going on between Tesla and Apple, it would appear the automaker is winning in acquiring quality pieces. Just a few week after we exclusively reported that Tesla hired legendary chip architect Jim Keller as new “Vice-President of Autopilot Hardware Engineering”, we now learn that Keller is joined by former DEC Alpha, PA Semi and until earlier this year Apple Director Peter Bannon.

Before Keller left Apple for AMD in 2012, he and Bannon were leading Apple’s processor development since the Cupertino-based company bought their chip making firm PA Semi in 2008. The duo lead the development of Apple’s A4 and A5 processors, which powered most of the company’s mobile devices from 2010 to 2012. Keller then left to develop the Zen architecture at AMD, but Bannon stuck around and developed several other chips for Apple until leaving for Tesla to join Keller last week. END_OF_DOCUMENT_TOKEN_TO_BE_REPLACED

Original Story from our sister-site Electrek

Elon Musk, CEO of both electric automaker Tesla and rocket manufacturer SpaceX, splits his time between his two companies, which he also co-founded and financed with most of his early fortune from Paypal. Now Electrek has learned through sources that Musk will not be the only executive dividing his time between Tesla and SpaceX since the CEO hired Apple’s alloy expert Charles Kuehmann to lead materials engineering at both companies.

Kuehmann is now Vice-President of Materials Engineering at Tesla and SpaceX, where he is responsible for delivering materials innovations, something he is very familiar with after over two decades spent in materials science. END_OF_DOCUMENT_TOKEN_TO_BE_REPLACED

It’s kind of an “open-secret” in the auto and tech industries that Apple is developing an electric vehicle codenamed “Project Titan”, yet for the most part, the Cupertino-based company has been able to keep details under wraps.

In helping keep any development secret, Apple is believed to be using a shell company called Sixty Eight Research based in Sunnyvale, California. Neighbors have recently been reporting heavy security presence and a lot of noise around the location.  END_OF_DOCUMENT_TOKEN_TO_BE_REPLACED

Last month Tesla released its latest ‘Autopilot’ update (v7.1), which we covered intensively on Electrek, but if you are not up-to-date with Tesla’s latest software, the Model S’ Autopilot now includes a new feature called ‘Summon’, which allows Tesla owners to remotely move their vehicle without anyone in it.

At the moment, it is primarily used to get the Model S in and out of a garage easily, but in the future, Tesla CEO Elon Musk says you will be able to summon your car from across the country and it will come meet you while charging at Tesla Superchargers along the way. END_OF_DOCUMENT_TOKEN_TO_BE_REPLACED 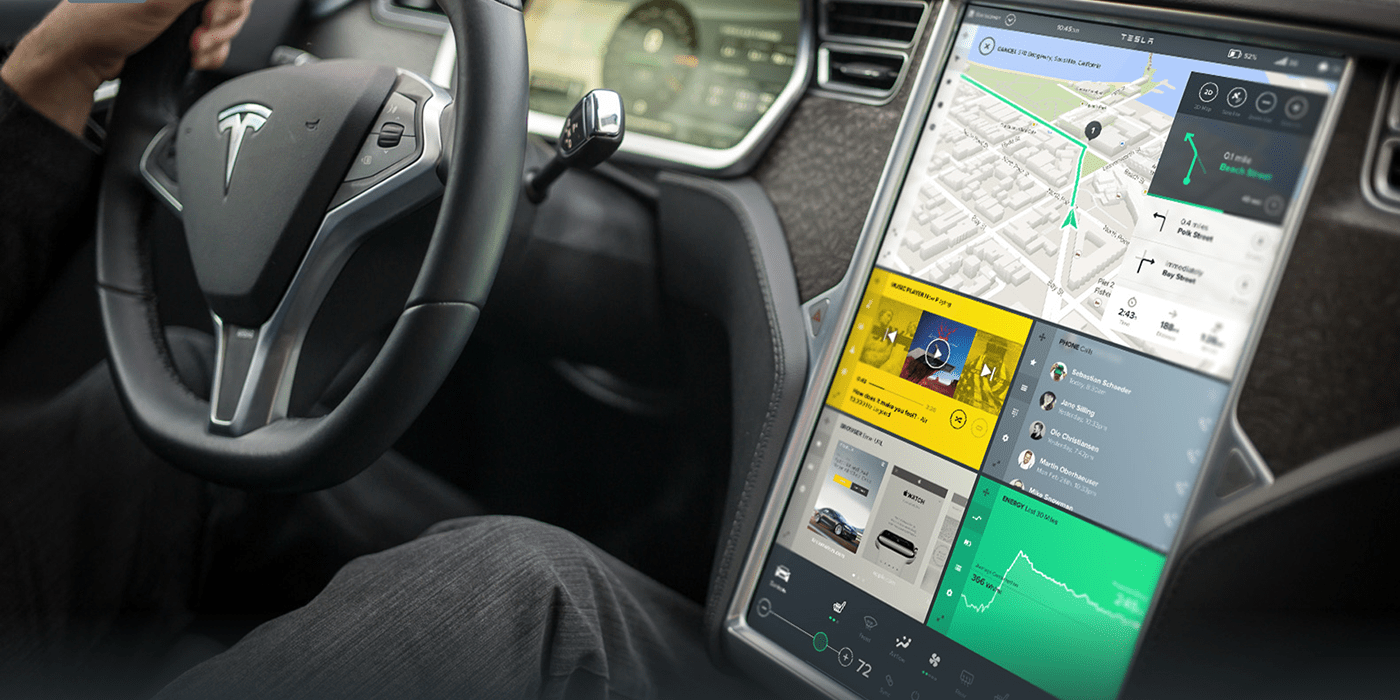 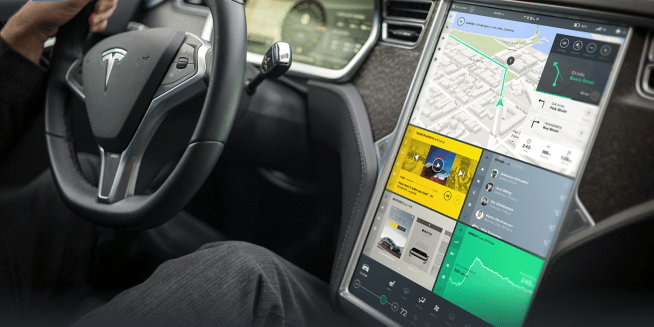 Since Tesla launched the Model S in 2012, the automaker has been talking about releasing a software development kit (SDK) to create a full third-party app ecosystem for its 17-inch touchscreen, which acts as a center console for the Model S and X, but despite several inquiries from eager app developers, there has been little communication about the project until now. END_OF_DOCUMENT_TOKEN_TO_BE_REPLACED

Daimler CEO and chairman of the board Dieter Zetsche is returning home from a trip to Silicon Valley where he met directly with several companies, but without naming them specifically. Though he didn’t disclose the companies he met with, Zetsche commented on the car industry effort of some Silicon Valley-based tech firms, namely Apple and Google.