Sharing and viewing Live Photos shot on the iPhone 6s and 6s Plus on the Mac has been tricky if not impossible until now. Previously the enhanced photos could only be viewed in Apple’s Photos app on the Mac, which limited sharing to iCloud Photo Sharing. Starting with the new OS X 10.11.4 beta released earlier this week, Live Photos can now be shared and viewed over iMessage using Messages on the Mac for the first time.

Just like on other platforms, Live Photos are denoted by a special icon in the top left corner. Opening the preview with Quick Look adds an expanded button that lets you view the Live Photo in action.

Dragging and dropping the Live Photo to the desktop reduces it back to a still image, and copy and paste from Photos does the same. 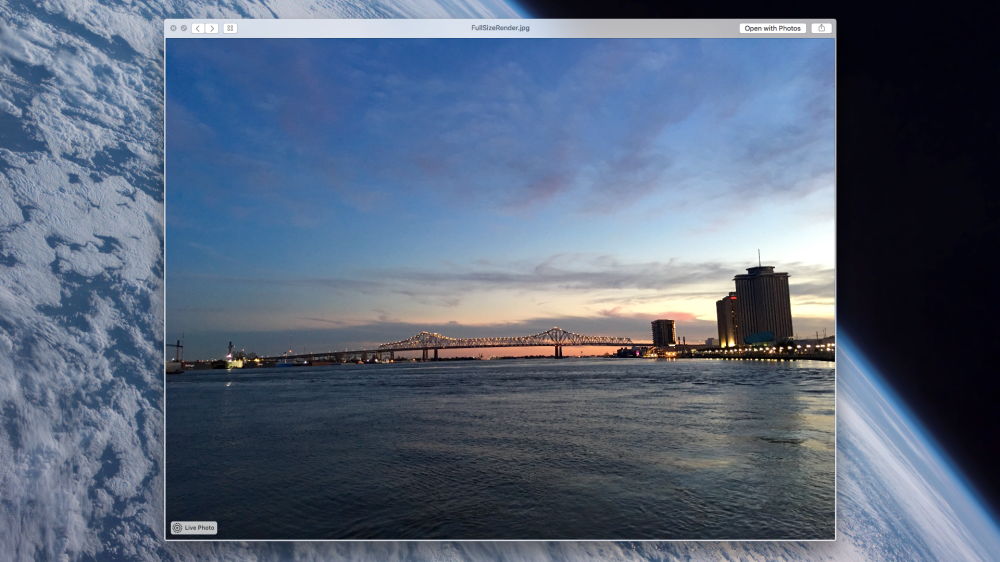 But using the native share buttons preserves the Live Photo. All in all, it’s a much better implementation than before. A few iOS apps including Tumblr and Facebook have rolled out or started testing Live Photo sharing on iPhones and iPads as well.

OS X 10.11.4 is available as a developer beta and should be available to everyone later this year. For more on Live Photos, check out my initial hands-on with the enhanced image format.